It’s time to rethink the 80:20 split of production versus media 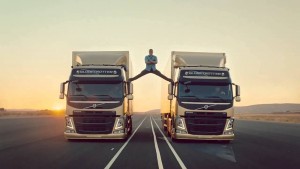 Over the last few years, I have had the benefit of sitting in several meetings with varied teams across brands and categories, more or less debating the same thing. “Why do we spend so much on production? Can’t we get it done cheaper somewhere else? Lets look for more (read: cheaper) options. It’s a digital video so it needs to be cheaper. Isn’t it supposed to be cheaper than TV production?”

Or sometimes client briefings even begin with the objective of wanting the film to “go viral”. While that’s another discussion altogether, we should give some thought about what does it really take to make a film go viral. Of course, apart from having a strong insight and relevance to our audience.

So here’s an attempt to view it in a more structured way.

According to Cisco, by 2020 82 per cent of consumer internet traffic will be video. Mark Zuckerberg has repeatedly signalled to the market that Facebook is prioritising video and says, “Video is a mega trend, almost as big as mobile”. With this in mind, the need for great video content to gain consumer attention and engagement cannot be undermined. Clearly, video is the new black.

In the pre-social media era, advertising weight was predominantly about media spend. You spent 20 per cent on production and 80 per cent on media because TV was the only visual medium available and we worked with a simple assumption the more awareness (GRPs) you generate, the more likely consumers are to remember the product and consequently, hopefully buy it. But then, the media in consideration was largely or probably only TV (paid media).

However now, with the power of sharing, the concept of ‘Earned Media’ comes into play, which was not the case earlier. It means production values are infinitely  more important than ever before. Not necessarily that bigger means better, but the production has to fit in with the idea.

Production quality and relevance now plays a significant part in whether something gets shared or not.

However today, if you spent $80,000 to make an ad cheaply now, and $320,000 on media, you might get $320,000 of media plus some additional views of online sharing media value. That risks a 50:50 chance of positive/negative word of mouth depending on the creative or output.

But if you made that ad with a $160,000 budget, you are able to bring in a great storyteller/director, soundtrack, crew, etc .you still get your $240,000 ‘paid’ media exposure, but are far more likely to get thousands or even millions of dollars of media value through online sharing (earned media value) and conversation.

Volvo is a prime example of this. They made advertising with great production values and didn’t spend much on  media; end result was huge online viewing, sharing and talkability.

We as marketers often talk about how consumers have evolved, and even acknowledge distribution of content has become fairly complex with the fragmentation of media consumption across devices.

The question we must ask is do we want to engage in a push strategy of interrupting our consumers with our advertising, or produce great content and thereby adapting a Pull strategy of getting them engaged who in turn would want to share it on their own?
If the answer were latter, it would certainly require good quality content, which seldom comes cheap.

You might agree if we do come across content which has a great idea with super production quality we are more likely to share it with friends as opposed to a great idea and sub-optimal quality work is not given a second chance, just gets scrolled over.

After all, our consumers have to be fascinated and motivated enough to risk their own personal brand whilst sharing our content, thereby becoming our advocates.