The New Media – Digital: All for one and one for all, by DMS’ Ziad Khammar

Publishers, advertisers and big tech must work together to grow the Arab media industry. 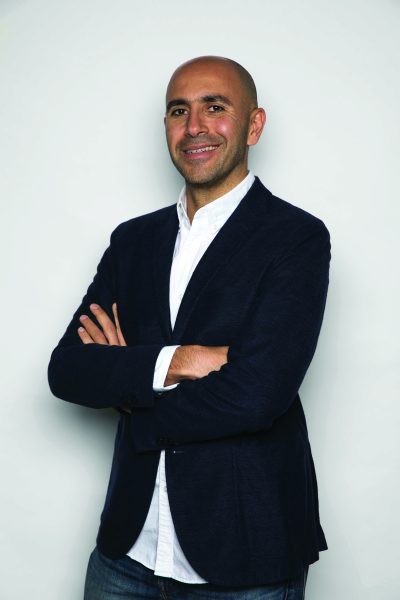 All for one and one for all” is best known as the motto of the Three Musketeers in the adventure novel by Alexandre Dumas, yet it also applies to three very different, albeit equally adventurous, musketeers: Arab media and publishers; regional advertisers; and big tech.

There is no doubt that the internet and the smartphone have unlocked information sharing for the masses. Where news was once limited to only the affluent and subscribed, today, anyone with a smartphone can access the latest news for free. While this has its benefits, such as in the communication of Covid-19 protocols, it has also raised a number of concerns, as highlighted by the recent Future of Media: Myth of Digital Transformation report by Arab News. Some of these are:

The accuracy of news on social media. Who is checking and making sure users don’t receive fake news?

The rapid turnaround of news cycles. False news stories are 70 per cent more likely to be retweeted than true stories, causing irreparable damage.

Unfair media remuneration. While credible news is created by leading news companies, digital media is dominated by social media distribution and its algorithms, channelling advertiser money away from news creators and towards big tech, whose exponential growth and power is too large for local media to compete with. In a world where global tech platforms are innovating and evolving their online ad offerings at an increasingly faster rate, advertisers are finding themselves with more options than ever before.

While advertisers and big tech should shoulder a lot of the blame, it is time for Arab media owners to band together and forge their future. Forming a regional media/publishers association is the approach that Europe, France, Germany and Australia have taken to levy billions in fines. Is it the only way to nudge global tech companies? While there are many Arab associations representing the needs of the advertising community (the IAB, IAA and ABG), the industry lacks one that brings together Arab media to represent both their own interests and their readers. Such an association can contribute to negotiations with big tech, contribute to fast-tracking and education on revenue diversification, and help raise awareness of the importance of the sector and the value of journalism. Change will arrive only once, the top regional companies raise awareness of the value of media to advertisers and come together with one voice to negotiate with global tech and local governments for law creation.

While it is now common for users to pay for content in the video and audio space via subscription, very few Arab media players and publishers are embracing this new revenue opportunity, among others such as physical events, partnerships, licensing and e-commerce. While it does require a long-term investment view, the potential return is very rewarding and Arab media players shouldn’t hesitate to jump aboard. Advertising cannot be the only source of revenue.

Big tech has brought value to the industry and launched local programmes to support local journalism, but the world’s tech leaders must find ways for fairly priced advertising from the local market to flow towards local media. Although an Arab media association will make it easier to communicate with big tech, big tech should also learn from what’s happening across the world and apply fairer remuneration as consumers demand privacy, governments look to regulate and international media fights for its fair share.

Advertisers must help support the local media ecosystem that they form an integral part of. They must challenge the media, challenge their agencies and challenge their marketing department to ask for local ideas from local media. Accepting the standard offerings of global offerings at what may seem to be a cheap entry cost, and focusing on the ‘final click’, is a race to the bottom for brands to get commoditised. Are experienced advertisers unaware that the erosion of journalism and its value to the public is something they have contributed to? Advertisers should ask for local, ask to be relevant to Arabs, and reach out to local media. What local media may lack in technology and algorithmic performance solutions, they can offer in localised and relevant initiatives that can be both effective and creative.

Arab media is an influential and growing industry, employing tens of thousands in the region across digital, TV, news, and radio with content creators, video studios, developers, designers and journalists, to mention a few. Yet, despite great progress over the years, the Arab media sector has been deprived of advertisers’ and big tech’s support. Now is the time for all three to unite towards a common cause. All for one and one for all.