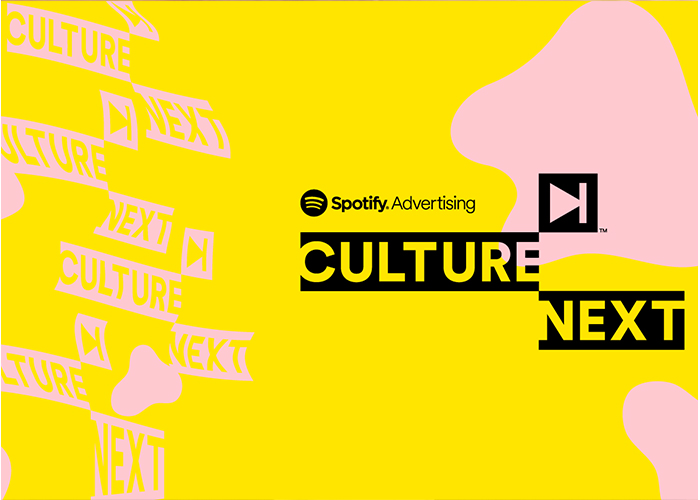 Spotify has unveiled  the UAE edition of Culture Next, Spotify Advertising’s annual global trend report. In its fourth volume, Spotify has looked into Gen-Z as tastemakers, fans, and individuals who navigate and define their place in the world through audio.  The report revealed the top trends and insights uncovered during the research – and how they are playing out on Spotify.

Globally, Zs are ready to make the world a better place. Sixty-nine per cent of Zs characterise their generation as change-makers rather than status quo, and their collective soundtrack reveals the energy they harness as they look towards the future.

Zs are highly aware of the world around them. The research shows that Zs are more likely than millennials to describe their generation as “stressed out” and more likely to agree that “my generation is under too much pressure to fix the world’s issues”. Eighty per cent said audio allows them to explore different sides of their personality, while more than a third said the podcasts they choose to stream are the ones that help them feel a range of emotions, from joy to sadness.

Listed below are key trends among Gen-Zs in the UAE:

Gen-Zs are revolutionising the creator-fan relationship, turning it from a one-way broadcast into a two-way exchange. The connection between creators and fans is becoming more open and intimate as Gen-Zs’ thoughts and feelings are given a voice by musicians and podcasters. Even for smaller emerging creators, Zs are forming online communities where they can gather and encourage each other to chase down every information they can find about their favourite artists, creating stan culture. Zs in the UAE are more likely than millennials to follow a music creator on social media after listening to them (53 per cent vs 45 per cent). Many Z creators are using the digital worlds they built or their fans to foster tight-knit fan bases with more profound, meaningful connections. 53 per cent of Zs in the UAE said they joined a digital community, such as discord, for fans of a particular creator.

While previous generations of teens often aimed to fit in, Gen-Zs aspire to stand out and constantly find new ways to express their individuality. Audio helps them explore and discover the most niche sides of themselves, tap into identities they never knew they had, and even create new ones.

Zs were brought up during social upheaval as long-standing social structures were disrupted. In this landscape, Zs grew up not only with the freedom and inspiration to be different but the competitive need to stand out. Audio enables Zs to explore their unique tastes. 73 per cent of Zs in the UAE said audio allows them to explore the outer edges of culture that they would not otherwise experience. Audio takes them to the outer edges of themselves: 80% said audio allows them to explore different sides of their personalities.

Zs also turn to audio to soundtrack their lives, with 78 per cent of Zs in the UAE listening to music from movies or shows; they like to feel like they are a character in the story.

This generation’s creators also use audio to bring alter egos into the mainstream. For instance, 63 per cent of Zs in the UAE said they like when audio creators take on different personas or characters.

Trend 3: Hear It Out

Gen-Zs are turning to podcasts as a safe space to work through life’s most complex issues. Especially among 18- to 24-year-olds, who are on their way into adulthood, podcasts go beyond sheer entertainment and serve as spaces for knowledge, learning, and even catharsis. 59 per cent of 18- to 24-year-olds in the UAE said they turn to podcasts to get answers to hard or personal questions before talking to their families about it, and 66 per cent of the same group said they listen to podcasts to inform the conversations they have with their friends. According to 68 per cent of Zs in the UAE, audio helps them understand themselves better.

While all generations look back fondly on bygone eras, Generation Z is reinventing nostalgia. Zs filter pop culture throwbacks through a contemporary perspective to access and inspire something new and unique to them. Zs view their generation as anxious because they live through a time of economic turmoil, climate change, and the possibility of another world war. While millennials are nostalgic for earlier eras they lived through, Zs will latch on to almost any era that offers a reprieve from the heaviness of the now. 71 per cent of Zs in UAE said they like listening to and watching media from earlier decades because it reminds them of when things were simpler. Among Zs, the past is all fuel for the future — and that is true for more than music. 75 per cent of Zs in the UAE like it when brands bring back old aesthetic styles, and 72 per cent love it when brands produce retro products or content.

Self-expression and creativity are core components of how Gen-Zs navigate the world. So they lean into music, artists, podcasts, and playlists to shape the stories they tell about themselves. Audio enables Zs to curate the stories they want to share about themselves more than any other medium. 82 per cent of Zs in the UAE said they had learned something about themselves by looking back on their listening habits, and 74 per cent of Zs in the UAE believe that their listening habits tell a story about who they are. In addition, Zs are experts in structuring and communicating their individual stories through playlists.