social media campaign reels in Over 200,000 creators to support local charities across the MENA Region 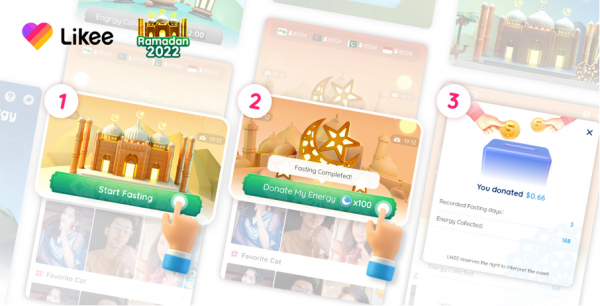 Ramadan is by far the most important season in the Middle East and North Africa (MENA) region. It is a time when almost every brand and organization run offers and promotions that attract and engage people. With so many relevant opportunities to choose from, it becomes difficult for consumers to pick something that not only meets their requirements but also contributes to a unique cause.

Large social networks like Instagram and Facebook celebrate the holy month with story stickers and hashtags the community can use to share their special moments. Most recently, Instagram’s Ramadan stickers were used by creators to add a creative design to their videos and be featured on the platform’s multi-author story showcasing different ways people celebrate. On Facebook, the #monthofgood campaign was launched and included tools like an inspirational list of 30 good deeds that people can act on and document to encourage others. These features were beneficial in capturing the attention of users on both platforms for longer whilst showcasing relevant offers and incentives from retailers both locally and regionally.

Likee, on the other hand, a global short video platform, focused on highlighting the value of generosity during Ramadan by running a campaign that helped support numerous charities across the MENA region, Bangladesh, Pakistan and Indonesia. The campaign successfully brought together over 200,000 creators who raised tens of thousands of dollars using their powerful content through short videos, encouraging Ramadan’s message across the platform. The aid was then given to projects securing critical food support and education to highly vulnerable groups including orphans, widows, and families in extreme poverty.

Likee Introduces New Ways to Give

Likers contributed to the campaign by visiting the Ramadan 2022 feed on the short video platform, where they presented relevant content and hashtags of the season accompanied by a “Start Fasting” button. Once the button was pressed, a countdown timer began after which an energy collectable would be redeemable. The more energy collectables received and donated, the more donations were made.

Creators were automatically raising money for charity through their usual content creation efforts. In addition to producing educational and entertaining content, creators were becoming socially responsible by encouraging communities to support those in need.

Likee further incentivized their users by offering a chance to win prizes from Huawei to any user that collected over 1,200 energy collectables. The Ramadan campaign not only provided incredible prizes but also fostered a greater sense of community among users who were regularly communicating through daily short videos.
For example, on #حيل_رمضان users were constantly sharing tips with each other to solve common difficulties during Ramadan and make the most out of the month. With these regular interactions, people developed friendships across the world, essentially breaking geographic limitations to connect with others.

“Understanding how consumer behavior changes during the month of Ramadan was crucial to the success of our Ramadan 2022 campaign,” Gibson Yuen, head of Likee global operations. “Studies have shown that people give 50% more in Ramadan than in regular months throughout the year. Furthermore, this charitable spirit means people tend to spend more of their time online focused on contributing to good causes or raising awareness of fundraisers.”

The ease of participation and gamification elements within Likee’s campaign encouraged countless users to join in. It made giving to charity a fun activity for users, while Likee’s platform took care of the logistics like which organizations to give to and how to deliver funds the best way.

“What made the Ramadan 2022 Campaign a success on Likee was how it was able to create an environment online that was interactive, incentivized and inclusive,” said Yuen. “The youth of today want something more than just a highly commoditized product or service. They want to contribute to worthy causes that are not just important to them personally, but important to the city, country and region as well. Having said that and given that many people discover opportunities online during the holy month of Ramadan, we partnered with a few charitable causes across the region to support them as they continue to enhance the lives of people that are going through challenging times.”

The additional benefit of short video content for charities is that it can raise awareness within communities and individuals of all ages and from all walks of life, including teachers, athletes, researchers and more.

Organizations supported by Likee and its creators during the Ramadan 2022 campaign were Tkiyet Um Ali (TUA) – an NGO in MENA with a mission to eradicate hunger – and Ignite Foundation – an NGO that works on ensuring quality education to underprivileged children in the rural areas of Bangladesh, focuses on collecting funds for these causes.

“Tkiyet Um Ali collaborated with Likee during Ramadan where users and creators donated their fasting energy to support TUA’s sustainable food aid program,” said Rawand Al-Natour, director of communications and public relations at TUA. “This innovative campaign encouraged more people to donate during Ramadan and helped us engage with more people during the holy month. The funds provided through this campaign have helped us provide and distribute food parcels to families and individuals living in extreme poverty, 60% of which are children.” 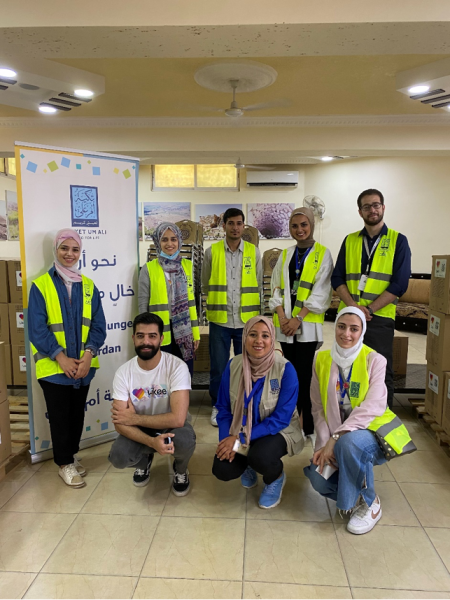 Likee MENA team participated in volunteer activity in Qubeiba Charitable Society under cooperation with Tkiyet Um Ali to help in parcel delivery and data arrangement.  Ms Al-Natour stated that in today’s digital world, storytelling with video has become an important fundraising tool. Short videos and digital influence play a significant role in the discovery and have proved to be an evidence-based tool that influences decision-making. Consumers today want to connect with individuals marketing the product to be one where they identify them as trustworthy and confirm that their interests are similar.

“The micro and short video content platforms such as Likee, YouTube shorts, TikTok etc. are the most popular options for generating millions of views of their contents. During some of Likee’s CSR-related hashtag challenges, we saw thousands of videos uploaded by our young generation to support vulnerable women, people with disabilities and underprivileged children, along with a staggering user engagement number,” said Muhammad Jahirul Islam, founder & chairman of Ignite Foundation.

Short videos are a unique method of communication that holds attention, especially among the youth, who constantly demand information to be delivered quickly and simply. When utilized correctly, however, the power of this content form has been demonstrated to change lives and unify people toward a common good.