The Wieden+Kennedy co-founder’s legacy has profoundly impacted adland and creativity. 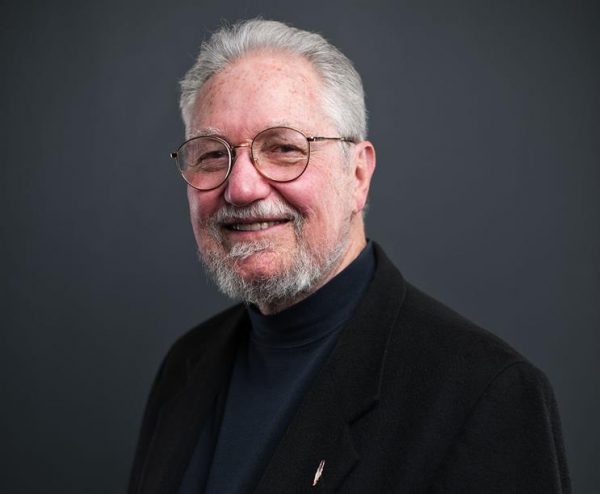 Kennedy was born on May 31, 1939 in Kansas to a family of third-generation wildcat drillers Growing up on oil fields on the eastern front range of the Rocky Mountains, he spent his childhood trout fishing in streams and rivers in the region.

After kicking off his career in advertising as a designer and art director at various agencies in Chicago, Kennedy joined McCann Erickson’s Portland, Oregon office in 1979. That’s where he met a young copywriter named Dave Wieden — and the rest was history. On April Fool’s day, 1982, the two struck out on their own to launch their world-renowned, namesake agency.

Wieden+Kennedy’s iconic work spans clients including Nike, Honda, Travel Oregon and many more. Under the duo’s creative direction, the agency came up with legendary taglines, like Nike’s “Just Do It.” They also revolutionized creative style, through ads such as the Honda scooters spot featuring Lou Reed, which was shot documentary-style with a shaky camera and would soon become popular across the industry.

Kennedy retired in 1993 but remained involved with the industry and the agency he helped build. In 2011, Wieden+Kennedy launched The Kennedys, a creative incubator in Kennedy’s honour to bring in new talent outside of the industry pipeline.

Kennedy also stayed involved with work for the American Indian College Fund, one of the agency’s longest-running accounts, serving on its board of trustees and taking part in developing its most recent campaign, which launched the day after his death. Kennedy’s family asks that gifts and donations be directed to the fund.

In addition to his advertising career, Kennedy was a passionate welder. His first job at 13 years old was as an apprentice welder, and he received a fine arts degree in printmaking and metal sculptures from the University of Colorado. He continued to weld metal sculptures up until his death.

Kennedy studied at the Art Institute of Chicago, the Chicago Artists Guild, the Pacific Northwest College of Art and the Oregon College of Arts and Crafts, and was a member of the United States Marine Corps. He met his wife Kathleen in 1963 and they had five children.

Dan Wieden once said, “David Kennedy’s heart and soul and neural pathways are etched deep inside Wieden+Kennedy. It’s who we are, it’s what we do and it’s why we do it.”

Below are some recollections from Kennedy’s colleagues and friends.

David wasn’t just humble in advertising; he was humble in life. Even though he was a legend, David barely tolerated the advertising industry.

David had three passions. His family and creativity were on that list. But his passion for helping the little guy is what made him so unique. Those who are too often overlooked and under-valued. And inspiring them to step up and do great things. People often ask me what made W+K so special. David Kennedy made W+K so special. We lost a great one. His imprint and legacy will live on.

His humility was so inspiring. You’d walk into the office in Portland and there he was – the co-creator of one of the greatest advertising agencies in the world – present and just massively humble.

He was curious about our work and our lives. He was always ready to lend a hand in any way – whether that was helping find a photograph or design to reference that might make our work better, or literally taking the recycling out so that someone in facilities didn’t have to do it. The man was a legend, but he never fell into any of the trappings that could come with that.

David Kennedy was the purest part of the heart of Wieden+Kennedy.

David Kennedy was the quiet craftsman.

The Teller to Dan’s Penn Jillette.

OK, you get the point.

A man of few words, but gifted with a keen eye. David cared deeply about creativity in all forms. But he obsessed over art direction. When comping up ads moved from hand-drawn boards to computer layouts, David was a holdout. You could always find him (even decades post-retirement) tinkering in the Wieden+Kennedy Studio drawing, cutting, mounting something he was working on for the agency or his passion account, The American Indian College Fund. You could say he was a modern-day Mike Mulligan, and his steam shovel was a marker, an X-acto knife and a cutting board.

Because he was quiet by nature, you had to seek David out to get to know him. But when you made the effort, you were rewarded with the friendship of a man with a huge heart, a gentle soul, a sharp wit and a treasure trove of hilarious stories.

As W+Ker’s would put it: Who the fuck was David Kennedy?

He was a Westerner in the purest sense. He was anti-establishment, anti-authoritarian and pro-independence. The kindest human in the building, a link to the past, a legendary cowboy-art director shuffling along among us, his keys, like spurs, jingle, jangle jingling.

And damn, the three of us (and a few others at Opinionated) got to work with David for much of our careers. Amazing, just to reflect on that. Thanks to David, we became Westerners as well. We learned humility, the value of hard work (preferably done with one’s own hands) and an obsession with craft.

If there was a Mt. Rushmore of Advertising Legends, David’s face would certainly be carved into it.

Anyone who has worked at W+K can tell you about David’s outsized influence, even though he approached his work and people with so much care and love.

There’s no question that he is part of a rich history here that will endure.

He leaves a legacy in all the people he inspired to invest themselves in the craft of Art Direction. He was never far from our ‘studio.’

He delighted in all the right things. I think he told Dan and Dave to hire me from Saatchi/NYC in 1988 because he wanted to drive my ’66 Red Mustang. Which, he drove and loved. He treated all agency members with the utmost respect in the work we did to enable ‘the work.’ Even us account types.

The best memory I have of him was on his 50th birthday when we tossed 50 pairs of Levi’s at him from the atrium. He broke out into the biggest smile and exclaimed “Wow, they’re my size!” I never saw him wear anything other than those Levi’s and a denim shirt. Teresa Elliott basically shopped every store from San Francisco to Seattle to buy out all of the jeans. It was brilliant!

I started at W+K straight out of school and David Kennedy quickly became a mentor of mine. Although he was already retired, he was still so passionate about this industry.

One of my first years there, I was about to present work for a Nike soccer campaign to the client. Kennedy saw it come out of the printer, tracked down who made it and came to talk to me about it. He had a million questions. How did I design that? Was the type hand-drawn? How did I layer everything? Where did I shoot it? Did I get to work with Ronaldinho? What inspired the idea? He wanted to know everything.

He taught me that not only can you be extremely successful and have your name on the door, but also that you can be humble enough to want to learn from those decades younger than you. Thank you, David, you taught me more than you’ll ever know.

David isn’t dead. He’s alive in me. And he’s alive in every person who was lucky enough to know him. I for one will carry the flame. And I’m certain countless others will do the same.

It’s undisputed that Kennedy was the heart of the w+k culture. Yet he’d shuffle around as if he had nothing to do with it. He’d talk about culture as a living organism; how it shouldn’t stay the same, but rather create a safe space where people are able to leave their mark so it can evolve and grow.

Kennedy taught through his actions. I was in awe of how he would respond to frustration with curiosity. Politics, he would say, belonged on Capitol Hill. anything close to it was a waste of creativity and energy.

Kennedy believed culture was about values and principles. His were rooted in his everyday actions; unconditional kindness and humility. Acceptance and inclusion of everyone. Unbridled creativity with a shared vision greater than yourself.

Kennedy’s legacy isn’t about co-founding an agency, it’s about the power of kindness and human connection.