Technology is only half the story when it comes to understanding today’s spirit of change, writes Alejandro Fischer, SVP – Strategy and Product Innovation, Havas Middle East 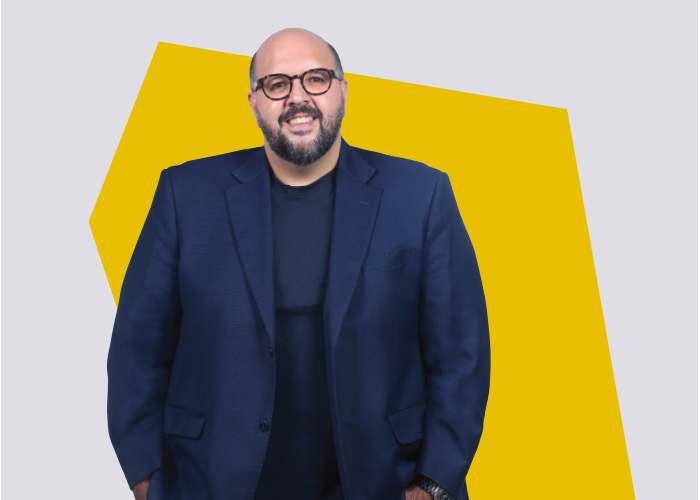 One of the greatest pleasures of living in the Middle East has been coexisting with this collective notion that there is no time like the present to build the future.

Those like me who have experienced the dynamism of our region first-hand have seen the spirit of making the impossible possible permeate all aspects of our lives. And today, across MENA, we see a focus on building tomorrow like never before, on the back of country visions like Saudi Arabia’s Vision 2030 and global initiatives such as UAE’s Expo 2020, bringing together a collective, global vision of key economic and societal topics that affect the future of city infrastructures, sustainability, technology and tourism.

And these are not mere aspirational visions. There is proof in this pudding; what has taken other regions centuries, the Middle East has achieved in decades.

Here is the challenge: When we discuss the future in our industry, as I am sure we will see in the pages of this issue, we tend to focus on technology’s role in our lives as consumers.

That is natural. Understanding the intersection of the world of media and the world of brands is our bread and butter. And we haven’t seen such a seismic shift (at least in discourse) in how technology will change how we interact with, well, everything, since the introduction of the social and mobile dynamic web we know today.

I am, of course, talking about the implications of web 3.0; there are clear reasons to discuss it and understand
it further.

It will affect every aspect of our business as tech companies, entertainment and retail giants, and startups are rushing to advance and build the technologies that will enable the next evolution of the internet, from augmented and virtual reality solutions to 3D graphics, NFTs and cryptocurrency tokens, or simply by improving internet connectivity.

The financial implications of understanding the extent of these changes are also to be considered. Bloomberg forecasts that the metaverse economy will balloon from $800bn in 2025 to $2.5 trillion by 2030. We will witness the growth of creator economies around it, where architects, artists and designers are set to create digital spaces.

And lastly, the fact is that for the most forward-thinking consumers, the lines have already blurred. Based on the latest Havas study, the Generation Covid Prosumer Report, 87 per cent of Saudi Prosumers believe that experiences that happen in the metaverse (e.g. making friends, attending a digital concert, throwing a digital party) are as real as physical experiences.

But that is only half of this story, because when we talk about the future, another groundbreaking change is happening in parallel.

Guided by the region’s wave of change and openness to the world, we are beginning to identify new outlooks on life steered by an active generation that will become the driving force of the Middle East. We are also starting to understand better the implications of how Covid-19 has affected the way they see the world. The ‘great pause’ of the pandemic has also created an opportunity for a ‘great reset’, as the youth have had time to consider their dissatisfaction with their personal lives and with the direction in which society has been moving.

Clearly, events of the past two years have changed the world; they also simultaneously intensified the cultural fractures within our society and brought people together, while emphasising the issues of equality, freedom and generational values. Amidst all sorts of changes, Gen Z-ers are coming to the table with new thinking, values and priorities. Understanding them is just as important as recognising this reality.

Technology has undoubtedly played a key role in shaping their lifestyle, but to them the future is much bigger than that.

In the 80s, Generation X was broadly derided as apathetic and apolitical – famously labelled as ‘slackers’. According to many of their elders, that generation simply did not care enough to be engaged. It is not the case with Gen Z and younger millennials in our region today.

As young people navigate through 2022 and the multiple shocks still rippling from the pandemic, they look to build better lives for themselves and for those to come. This sentiment of higher purpose will guide youngsters on every part of their journey.

How can we adjust to the changing expectations of this new generation, and be supporters and participants alike in the way they shape the future? To answer this question, Havas Middle East launched a regional study to better understand how Covid-19 and its related challenges in the region (the lockdowns, travel restrictions, school closures, remote learning and economic downturns) have affected young people’s behaviours and attitudes, shaping their sense of what the future holds.

One of the key findings of the study highlights that there is a strong sense among the youth that they have borne more than their fair share of sacrifice during the pandemic. As a result, consensus among them is that it is much harder to be a 20-year-old today than it was two decades ago.

But do not confuse this sentiment with apathy. Yes, tackling challenges is even more difficult because of the chaos and uncertainty of the past two years. However, rather than be paralysed by or fatalistic about the existential threats facing the world, today’s youth are committed to driving change on their own terms. If the future is meaningless, then let’s fix it.

Young people want change, and they want it now. In our region, the majority of proactive consumers believe in change through the lens of personal decisions. Most youth surveyed agree that “change must start with you”, and sometimes the most fundamental actions might be as benign as refusing to overconsume.

This means they are rejecting traditional structures in favour of a more personal approach to driving change. And while this generation is less political than others, it is actually the most engaged in its own way. The role of social media here is undisputable: most young people say the most significant advantage their generation possesses is the ability to unite and organise through social platforms.

These Prosumers intend to create change not just through activism, but also by making purposeful choices such as pursuing careers that have a positive impact and prioritising their personal and family lives over being cogs in the great capitalist machine. Today’s youth have little tolerance for dead-end jobs or careers that do not contribute to the greater good. Whereas their parents may prioritise job security and stability above all else, young workers now take a more ‘à la carte’ approach to their careers and lives, willing to move on to something better and more satisfying when it comes along.

However, aiming for different career goals does not necessarily mean they have given up on working for corporations. More than half of young Prosumers in the UAE and Saudi would choose to work for a big company as a way of influencing change by having a louder voice, on a larger scale.

This new perspective on employment will have a notable impact. Nearly half of respondents say the pandemic has made them rethink their priorities and recognise that a career is less important than they had thought. They seek a redistribution of time, rejecting long workweeks in favour of hours spent contributing to meaningful causes or enjoying personal and family time.

Wanting to live more fully is a clear aspiration of Gen Z and ‘Zillennials’, but it does not come without its own obstacles and tensions, of course. The actions are yet to catch up with shifts in mindsets, which is why less than half of surveyed Prosumers are ready to radically change their lifestyle. For example, only 34 per cent of them in the UAE and 39 per cent in KSA are ready to avoid air travel to solve environmental issues. On the other hand, more than 55 per cent in both countries are willing to stop buying fast fashion in order to contribute to solving the world’s problems.

So, how can this young generation find balance between the desire to live life to the fullest today and simultaneously act with greater commitment and impact for tomorrow? The trick is to balance indulgence and responsibility, taking advantage of all life has to offer without further harming the planet and its people. Not an easy undertaking, for sure, but the intent is there.

The key learning for companies here is clear: If they want to stay relevant to this new generation, they should address the tension young people feel between wanting to enjoy ‘the now’ and safeguard ‘the next’. This includes becoming the driver of change, making sustainability relevant and taking bold actions that speak genuinely to youth’s moral compass.

Performative activism, gimmicky stunts and surface-level involvement won’t cut it. Young consumers are well-equipped to detect insincerity, and if brands want to resonate, they must truly care and show that they do.

In a post-Covid age, change is overdue, and this generation that has been affected so deeply may well become its biggest accelerator.