Emirates NBD achieved a 6.4-point rise in ad recall after using Instagram Reels ads as part of its Mother’s Day campaign in the UAE

This Mother’s Day, Emirates NBD bank and FP7 partnered with Meta’s Instagram to launch a Reels-first execution using the platform’s trending ‘Teleportation’ transition. Videos showed a mother being plucked out of her environment and transported into the lap of luxury at one of the hotel partners of ENBD. 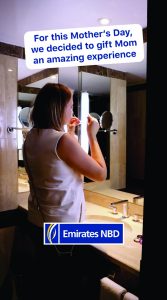 The videos promoted a competition where users were asked to recreate the same teleportation effect with their own mothers for the chance to win a Mother’s Day gift.

The campaign’s aim was to raise awareness of ENBD’s Mother’s Day offers and discounts, and to engage mothers themselves, encouraging them to participate in the campaign. The target was affluent adults aged 18- 45.

As with any user-generated-content campaign in the UAE, lowering barriers to entry to ensure participation was a challenge. ENBD and Instagram launched a tutorial Reel to complement the campaign, educating users about how easy it is to replicate the effect using just their phones, and showing them exactly how to enter the competition mothers day.

“The content was well produced, but cost much less than a TVC. The production value was perfect for Mother’s Day. It’s an occasion when the objectives were to entertain and engage with an audience.” 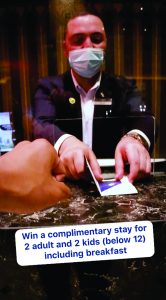 One of the reasons for the campaign’s success was that it was created specifically for Reels, using the visual and cultural language of that platform. It performed much better as a Reels placement than it did across other platforms, demonstrating that content performs better when it is created for the medium or format where it goes live.

The content was well produced, but cost much less than a TVC. The production value was perfect for Mother’s Day. It’s an occasion when the objectives were to entertain and engage with an audience. While that doesn’t negate the need for high production values, Meta has found that with the right campaign, agile creatives delivered quickly and efficiently can deliver results. 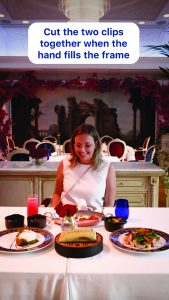 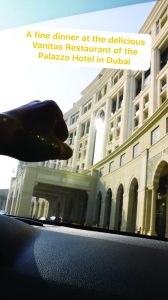 Although the Reels format is usually associated with a younger demographic, this campaign proved effective across all age groups. Reels shouldn’t be dismissed by campaigns or brands that target an older demographic. If content is done in a way that speaks the language of Reels, it can generate great results. 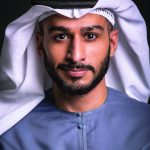 “As a consumer-centric brand, Emirates NBD is constantly innovating how we communicate and engage with our audiences. We recently saw great success with Reels on Instagram for our Mother’s Day campaign. We specifically leveraged the platform’s Teleportation special effect, which enabled us to connect with Emirates NBD cardholders who follow our social platforms, reminding them of the offers, discounts and deals they can enjoy.” 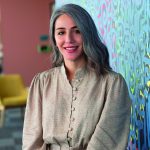 “Reels is not only the biggest engagement growth driver on Instagram, it’s also a place where people and creators are actively shaping culture every day, with new trends surfacing regularly.  Reels ads allow brands to be part of the emerging culture.  Among various submissions for Meta’s Reels Hackathon from leading agencies in MENA, FP7 were the winners for their understanding of Reels-first creative and speaking the language of the format. The ENBD work is a testament to that and to our strategic partnership with the agency.” 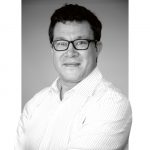 “The nice thing about this campaign is it’s fun and engaging but doesn’t rely on expensive cinematography and editing. It looks like it’s made with a regular phone, which makes it accessible to a regular audience who can emulate the effect to try and win a prize, or just to have fun. The content wouldn’t work well on another channel, as it’s shot specifically for Reels, but that strengthens its impact on the Instagram platform since it’s native and not shoehorned in. I want to try the effect myself now.”