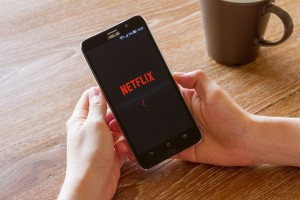 Netflix, the online streaming service, is looking to produce an Arabic TV series, according to the company’s chief executive, Reed Hastings.

Speaking to Campaign at the company’s headquarters in Los Gatos, California, Hastings described the Middle East as a “great market” for Netflix as “there is strong interest in internet video of all sorts”.

To date, Netflix has produced a handful of documentaries in the Middle East, the latest of which, The White Helmets, won the company’s first Oscar, for best documentary.

“Hopefully there will be less documentaries about Syria,” says Hastings. “We’re also doing feature films and more of our work is on the TV series side.”

Netflix has already used Abu Dhabi and Ras Al Khaimah to shoot scenes for War Machine, a drama starring Brad Pitt, with more films set to choose the UAE as a shooting location according to a company spokesman.

But it is the regional interest in TV shows, particularly during Ramadan, that Netflix is trying to tap into. With a $6bn budget for content production alone, the company is actively seeking to expand its audience base around the world.

Netflix launched in more than 50 countries and territories between 2011 and 2015, before its global rollout to the remaining 130 countries in January last year.

“Countries without localisation have struggled to achieve the same level of success as ones with more territory-specific offerings. Local content is key to Netflix’s success,” says Irina Kornilova, senior analyst at IHS.

Netflix has localised its service for the Middle East by providing Arabic subtitles for its original content, but dubbing is not yet available.

Growth in international subscribers is set to outpace growth in the US this year. By 2021, IHS believes, 60 per cent of all Netflix subscribers will be outside the US. The countries that launched in 2016 will contribute more than 15 per cent of subscribers for Netflix, says Kornilova, and the Middle East is one region where Netflix hopes to see strong growth.

“For us [the Middle East] is a big area of investment because state TV is highly regulated and so it doesn’t please that many people,” says Hastings.” So the internet – whether that’s YouTube or Netflix or Starz Play or Starz Arabia, any of those – has a real excitement because you can get relatively uncensored and interesting stories.”

Shows such as Orange is the New Black and House of Cards are currently fully available and uncensored on Netflix, which has evaded the eyes of the censor boards in the region due to its small market share.

Whether that can continue remains to be seen. For many, subscription TV is still the most popular way to view uncut films and TV shows.

“There is a strong preference for family-friendly TV, as well as local content and news, among the less wealthy segments, which also tend to be more conservative, in the region,” says Medea Nocentini, senior vice-president of strategy
at subscription broadcaster OSN. “By contrast, the more wealthy
segments tend to have a slightly higher preference for Western content and sports.”

One major hurdle facing Netflix is its limited library in the region, due to content licensing issues. Prior to its launch in the Middle East, it licensed its own shows to Starz Play and OSN.

“We’ve got this mixed rights situation, and what fixes that is money,” says Hastings. “We’d like to be able to get global rights so everybody gets the same great experience. But it’s going to take a lot more money than we have now.”

He also admits there are “lots of local competitors and we’re a tiny fraction” in the region. The company is advertising on YouTube to try to build brand awareness, but the television and on-demand streaming market is especially competitive in the Middle East.

Most recently, Malaysia’s Iflix raised $90 million to expand its presence in the Middle East and has signed up with telecoms operator Zain to offer the online streaming service to its customers.

“In order to compete with close to a thousand satellite channels available for free, video-on-demand platforms need to invest heavily in acquiring premium content rights, branding and marketing royalties to be able to capture a bigger chunk of the viewership market,” says Bogdan-Alexandru Zoicas, managing partner at Online Video Network (OVN). “The Middle East has a very diverse population and a one-size-fits-all approach will limit market reach.” 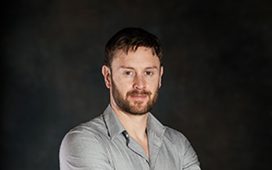