More than 4,000 posts on social media as the UAE comes out in support of Pink October

Twitter conversations dominated with 72.3 percent while Facebook conversations were around promotions and special offers on products and services. 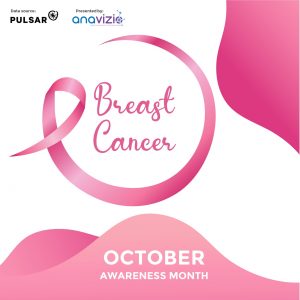 Breast cancer continues to be among the top three cancers among women in the UAE, according to news sources, with its incidence occurring in women as young as 30 and below. It, therefore, comes as no surprise that social media users in the UAE came out strongly in support of this year’s Breast Cancer Awareness Month.

The volume of breast cancer related social media conversations this October was considerable. Posts on the subject predominantly came from healthcare organizations and professionals, academic institutions, advocacy groups and even commercial businesses championing the cause as part of their social responsibilities with merely a fifth of the conversations coming from individual users. 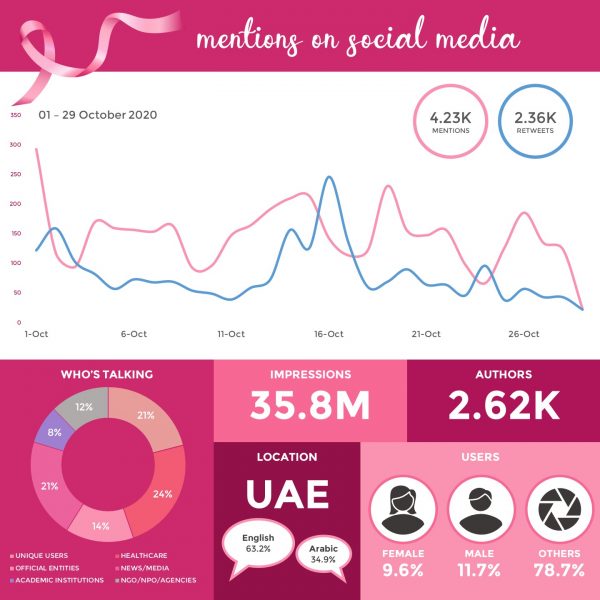 Social Intelligence consultancy, Anavizio, analyzed over 4,000 posts in both English and Arabic during October using the Pulsar TRAC audience intelligence tool to scan Twitter and Facebook to obtain a sense of social media conversations on breast cancer awareness in the UAE. With more than 2,000 users posting around hashtags like #breastcancer and #pinkoctober, the loudest voices (24 per cent) – perhaps unsurprisingly – came from the healthcare sector, followed closely by individual users and media (21 per cent each).

Do you want to see the future? Sign up for Campaign’s Marcomms360 Predictions 2021 virtual conference on December 14&15. Registration is free.

The main themes that emerged through analysis of the social media posts were the significance of screening and mammograms, honouring survivors, social support, and discussions of breast cancer risks among men as well. 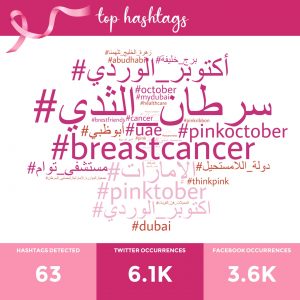 Fares Ghneim, a partner at Anavizio, pointed out, “Overall, we noticed a slim difference in tone and thematic content between Facebook and Twitter with the latter taking a lead contributing to 72.3% of the conversations – partly due to participants in the region using the platform as a primary source of advocacy towards the cause. Surprisingly, while both platforms included factual forms of conversations, leaning towards advocacy, awareness and fundraising, Twitter users shared more narratives that shared journeys through cancer treatment and subsequent survivorship. Interestingly, there were marginally more conversations on Facebook promoting special rates and offers on products and services during the month in honour of the campaign.”

For more details and to view the report and findings, visit here. 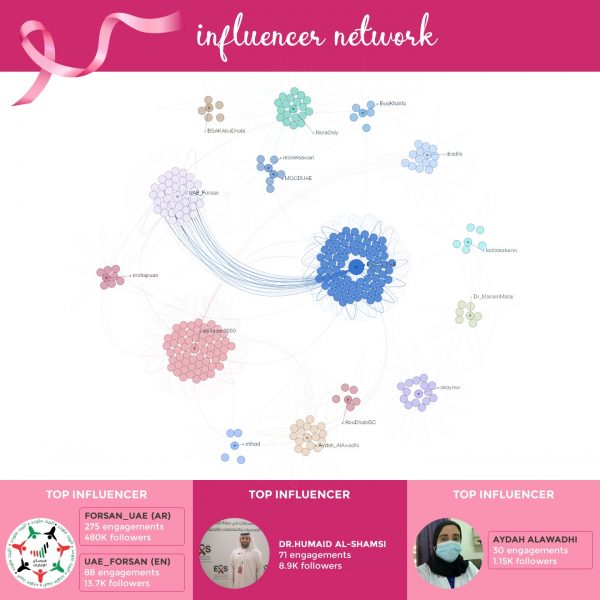