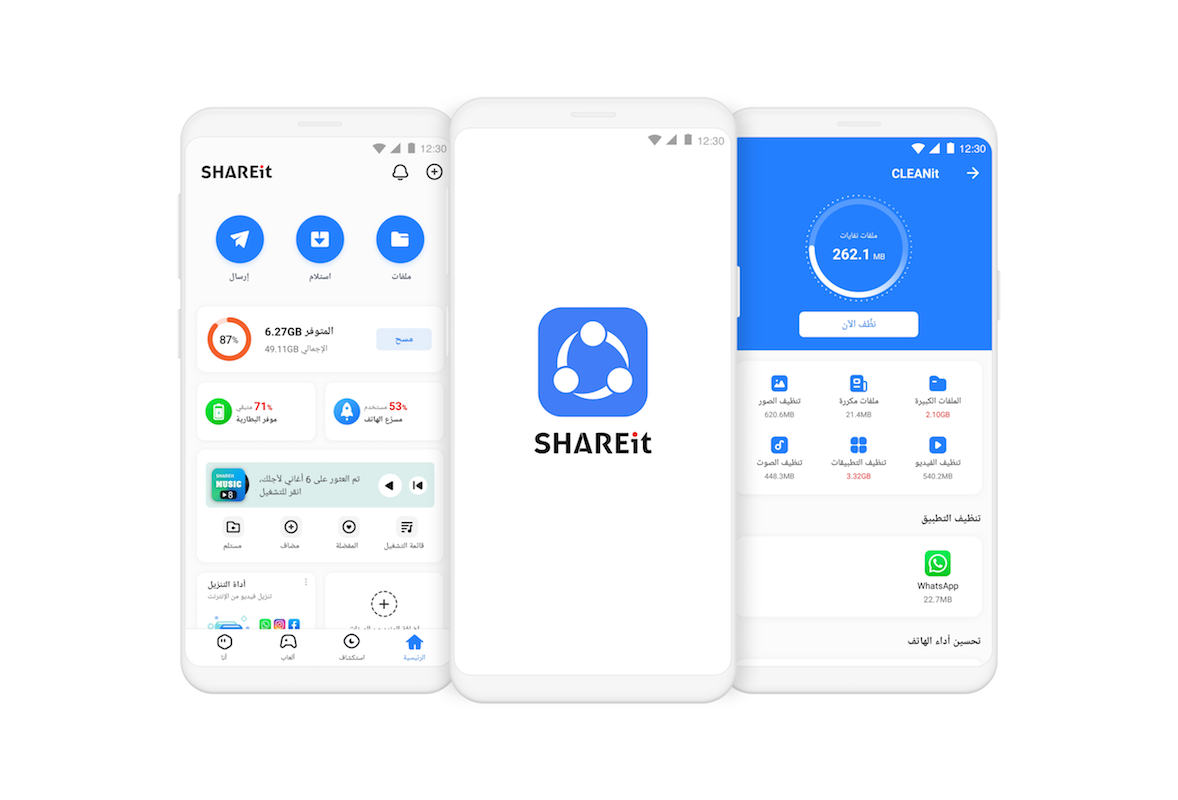 Communities are built on collaboration. The ability to share and communicate smoothly is a large part of the process of creating, discovering and sharing knowledge. Sharing files across different devices such as Android, iOS, Mac, and PC used to be a very tedious and time-consuming process. SHAREit is an application that has truly revolutionized the way users transfer files across different devices.

In a conversation with Campaign ME, Karam Malhotra, Partner and Global Vice-President at SHAREit Group, Mrwan Gharzeddine, Sales Director for GCC operations and Lisa Dominguez, Global Partnerships Director discussed how the app transcended the traditional file sharing methods and branched out to other functions like content streaming, gaming and digital finance.

SHAREit started off as a platform that allowed people to share anything from one device to another seamlessly, with or without the internet. “It’s a bit like Apple AirDrop but for Android. The Android OS is an open ecosystem – allowing people to have a lot more flexibility. That’s why SHAREit is so powerful because it is like AirDrop on Android but on steroids because you can do so much more with it,” said Karam Malhotra.

The application is a one-stop solution for anyone who needs to transfer files frequently across different devices. Mrwan Gharzeddine explains: “When you realise that you’ve become far more than just a tool, you’ve actually become something that is integral to people’s daily lives. That made us go from a tool to a content discovery ecosystem, which allowed us to then pivot ourselves into many different formats of content – it could be a game that you want to recommend to people or an app or a certain e-commerce deal or discount. You could use that ecosystem to recommend various things to people.”

SHAREit, which started by developing a cross platform file sharing app, has evolved into an online and offline file sharing, content streaming, and gaming platform for smartphone users. It has tackled digital content limitations caused by external factors, making digital content easily accessible to everyone. The app unlocks the ability for devices to share different types of content without the need for an internet connection or mobile data consumption and is downloadable for free.

This organic foundation has strongly driven adoption. While SHAREit was launched as a simple file-sharing platform, it has become one of the fastest-growing apps globally. To date, nearly 2.4 billion users have installed SHAREit Group’s diversified suite of applications.

A one-stop-platform for the user’s digital entertainment needs

Gharzeddine said: “If you look at Egypt, for example, the quality of the internet is not great so people use SHAREit just for this reason. But in the GCC, it’s different, you have Saudi Arabia, and UAE, where you have strong internet connections. Therefore SHAREit is used here for transferring games and heavy files. Every market is a little bit different from the other and uses SHAREit based on internet speed, and population as well. For example, in Egypt and Saudi, you have a lot of locals but in other regions, you have a lot of ex-pats as well which play a major role, so it differs from country to country. There are around 70m MAU in MENA region and SHAREit has set up its MENA headquarter in the UAE to service the local users and support the growth in the entire region.”

A popular mobile app with a wide user base can be a great vehicle for a brand to tell its story and target new users – app platforms like SHAREit are becoming popular among brands in terms of onboarding high-value users in emerging markets.

Lisa Dominguez, Global Partnerships Director, SHAREit said: “When people think about digital marketing or advertising, publishers like Facebook or Google are usually top-of-mind. SHAREit is a non-traditional publisher – a massive one.”

Tapping into over 700 global advertisers and their existing user bases, SHAREit helps its clients with awareness campaigns, user acquisition, digital payment options, and seamless user monetization via extensive audience networks. It also invests in local teams and talents to meet the client’s requirements.

SHAREit aims to tear down the barriers to digital inclusion in emerging markets and provide access to the underserved. Though Singapore took the top spot in the 2021 Roland Berger Digital Inclusion Index, other Southeast Asian countries crowded into the bottom half. This is because of the “accessibility disconnect,” which is what happens when user habits outpace infrastructure growth.

Malhotra said: “Markets like India and Indonesia, went through a massive 4G wave. When people get more internet, their behaviour changes far faster than the infrastructure changes. People used to play Snakes on their Nokia phones and now they want to play Call of Duty. Call of Duty is a 2GB app whereas the size of the Snakes game is probably 2MB. So the users’ data requirements have changed 1000x but the internet infrastructure hasn’t.

Gharzeddine said: “SHAREit has always been there to support this growth. Because when people have the internet, they want to use their phones and data 10 times more. And that’s where SHAREit has helped the people most. We’ve seen the fastest growth in markets like South Africa, Egypt, the Middle East and part of Southeast Asia like the Philippines. These are some of the markets that are growing the fastest.”

He added: “SHAREit became one of the biggest reasons for digital financial inclusion because people want to trust the app, and SHAREit helps people with it as the apps are recommended on the platform by friends. So as financial inclusion grew, so did e-commerce and a lot of times B2B advertisers were cross-promoting each other, because if you pay using a certain FinTech app, it gives you extra benefits, and hence, they keep promoting each other. And that’s a bit of a network.”

The rise of crypto in the emerging markets

SHAREit Group joined a diverse range of industry experts and thought-leaders at Crypto Expo Dubai in March 2022 for the discussion on current trends in cryptocurrency, non-fungible tokens (NFTs) and other emerging digital assets in the crypto-verse. It is a strong growth channel for crypto apps and currently works with 20 crypto apps to enable their user growth globally – driving around two million new users to crypto apps each month.

Dominguez said: “We drive user acquisition for crypto apps all over the world including Rain, CoinMENA, and Bybit.”

Digital assets have been experiencing a significant boost in popularity in the Middle East region. Crypto businesses are looking for new growth avenues as they face stiff competition to find a place on people’s phones. Gharzeddine elaborated: “Looking at our current solutions, our main forte is user acquisition for apps. If you’re an app, we’re confident that we can help you grow.  The Dubai Crypto Expo has also opened up more conversations with non-app-based companies, not only to drive mobile app user acquisition but also increase engagement and awareness because crypto is all about building community.”

The MENA region is an important strategic market for SHAREit where it helps users and companies stay connected and efficient.

For more details about the SHAREit app and the ad platform, please visit www.ushareit.com