The best content airing on the channels will also be made available on-demand.

This long-term partnership will allow Shahid VIP to expand its Arabic content offering as it continues to deliver on its mission to entertain MENA audiences through a best-in-class streaming service.

Do you want to see the future? Sign up for Campaign’s Marcomms360 Predictions 2021 virtual event on December 14-15. Registration free

The new offering caters to audiences of all ages, with great movies, TV series, music, and relevant content for the younger members of the family. 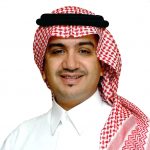 MBC GROUP Chairman, Waleed Al-Ibrahim commented: “One year ago we signed our first partnership with Rotana Media Group, which contributed immensely to the Shahid VIP success story in 2020. Taking our collaboration to the next level was a natural step as we continue to enhance the Shahid VIP value proposition”. 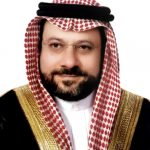 CEO of Rotana Studios and TV, Walid Arab Hashem commented: “It pleases us to conclude this groundbreaking deal with MBC GROUP and offer Rotana channels and content on its very successful platform Shahid VIP. We are true believers in the value of Arabic entertainment and its local, regional and international appeal, and we look forward to having a long-term relationship with MBC as a means to serve our audiences.”