Matter of Fact | Cities as a communication canvas 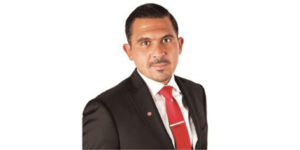 As you drive into Dubai from the airport, take a moment as you pass Zabeel Park and merge onto Sheikh Zayed Road; there, you will find a striking sight — the city’s inimitable skyline captured like a living masterpiece in the vast Dubai Frame.

I use this example because it illustrates the distinctive way that Dubai has been transformed into a communication canvas, not only for telling stories about itself but also for sharing those of brands and companies from across the world. Dubai is alive with creative communication strategies that are pushing the boundaries of out-of-home (OOH) media by using the city itself as their platform.

Recent visitors to Dubai Mall won’t have missed Deadpool making a splash at The Waterfall. To celebrate the launch of Deadpool 2 in UAE cinemas, one of the iconic pearl divers was replaced with a superhero lookalike in an activation that Ryan Reynolds shared on Instagram with the simple caption: ‘This is incredible.’ His post had reached 1,267,003 likes and 3,977 comments at the time of writing, generating a frenzy of online activity as the result of an innovative offline activation.

The creativity doesn’t end there; Dubai has witnessed the launch of the Samsung Galaxy S9 and countless other brands via LED light shows displayed on the world’s most spectacular ‘screen’— the Burj Khalifa. City Walk has also been decked out with digital billboards that bring adverts to life by making them stunning additions to their environment. Meanwhile, the Louvre Abu Dhabi was advertised through a ‘Highway Gallery’ of interactive billboards that transmitted 30-second soundbites about the artworks as people drove by. In short, digital transformation has hit OOH and taken us into a new era of DOOH (digital out-of-home) growth.

This is all salient because recent research from Nieslen shows that OOH media provides the highest rate of online activation per dollar of any offline media, outstripping TV, radio and print. In fact, online search, Facebook, Twitter and Instagram activity generated by OOH media indexes at nearly four times the rate one would expect given its relative ad spend.

This is being driven by new innovations including dynamic billboards that can change with the weather or direct traffic to reflect footfall, digital calls to action that encourage mobile activity at on-the-ground activations, and even camera analytics that can provide accurate audience insights from advertising sites.

While TV, radio and print are increasingly moving online, OOH remains rooted in the real world where its ‘wow’ and ‘aha’ effect continues to amaze, amuse and influence consumers. Ironically, it is OOH’s impactful offline presence that is giving it such power to spark online virality and transform cities like Dubai into communication canvases.