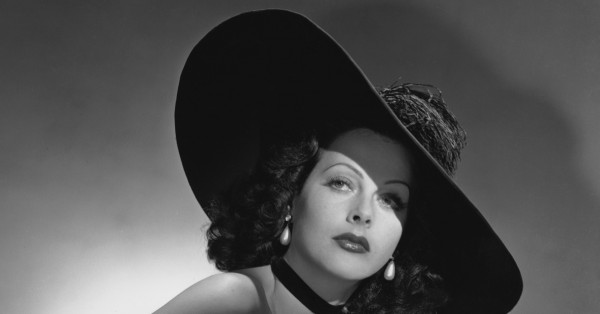 The combination of art and science is fundamental to our industry, yet digital creatives and programmatic traders still aren’t talking to each other, writes Christos Solomi

I’ve always been fascinated by the polymath – the individual who masters more than one skill or reaches the pinnacle of multiple disciplines. They are a rare breed. Rarer still are those who master disciplines in both the sciences and the arts. You won’t find many Nobel Prize-winning physicists on this year’s Turner Prize shortlist.

The most famous example of a polymath that I can think of is Leonardo DaVinci, a master painter and, for his time, an exceptional engineer as well. A lesser known example is the actress Hedy Lamarr. A Hollywood icon in the 30s and 40s, she was also a talented engineer and the inventor of a telecommunications method called frequency hopping, which is what makes your mobile phone work today.

Yet you never really come across people who are both exceptional artists and engineers, which can be problematic if you work in an industry that relies on both art and science coming together to produce amazing things.

There are, however, ways around this problem. Some industries do it well. Architects and civil engineers work hand-in-hand, relying on each other’s expertise. The same applies to the automotive industry. A Ferrari would not be what it is without both Enzo Ferrari and Sergio Pininfarina. On the flip side, the Reliant Robin is one of the worst cars ever made – it lacked the integration of art and science. Google it if you haven’t seen one before.

What about advertising? Do our creatives work hand-in-hand with media executives? Unfortunately, the answer is no. What was once poor practice is now becoming a major obstacle to delivering the best possible results for clients.

What has changed? Twenty years ago, when a creative shop would hand over copy for a double-page spread to a media agency, you did not have the cold hard light of digital analytics to tell you – on a daily basis – how the copy, messaging and media placement were performing. It was therefore understandable then that the dialogue between the two parties was fairly limited.

Now, a huge percentage of media is addressed programmatically in real time. The modern day programmatic media executive uses audience data to drive media buying decisions. As a result, campaigns sometimes have hundreds, if not thousands, of different and distinct audience segments being targeted. But how are we speaking to each of these audiences? Is our copy equally tailored, individual and nuanced? Are creatives and digital traders working hand-in-hand each step of the way so that messaging and media placement match? Are traders giving regular feedback to creatives, telling them what is working and what is not?

Picture someone you’ve known all your life. You know their likes, dislikes, what’s going on in their lives and so forth. Now imagine each time you met, you spoke to them as if they were a complete stranger. This is what the silo between creative and media leads to in advertising. We know who the people we are targeting are, yet we speak to them as if they are strangers. Old institutional silos, formed when media agencies spun out of advertising agencies, are still in place, while new technology platforms require us to break these down to fully realise their potential.

Creative versioning platforms, such as DoubleClick Studio and Sizmek’s MDX, allow a digital creative to build templates that enable the scalable delivery of hundreds of variants of ad copy, all for the same campaign. These same versioning platforms connect to the technologies that trading desks use to buy distinct audience segments, allowing each ad that is bought to be tailored to the individual.

However, are we doing our best as an industry to take advantage of the possibilities that this technology allows? Instead of giving an opinion, I will just ask the following questions: If you are a digital creative, how often do you communicate with a programmatic trader pre, during and post-campaign? If you are a programmatic trader, how often have you briefed a creative on the audiences you are planning to target? How often have you sent them a campaign’s analytics data to help guide them for future campaigns? If the answer is, ‘not every time’, or even worse, ‘never’, then we have a lot to learn from the likes of the automotive and construction industries.

In our region, we have a unique opportunity to change this and become known around the world as a hotspot for producing amazing work. Not creative work, not media work – just work. In Dubai, creative and media agencies are all located in one hub called Media City. The sheer proximity of these agencies to one another means we no longer have an excuse to not remove these silos.

So if you are digital creative and you’re reading this, insist on speaking to the programmatic trader that is going to take your work and put it in front of consumers. If you are a programmatic trader, pick up the phone and speak to the person that is creating the adverts you deliver to members of the public. Tell them what you’re doing and what is working and what is not. This is the only way that we as an industry can leverage expertise in more than one area to produce even bigger and better things.

Christos Solomi is group director of programmatic at Resolution MENA