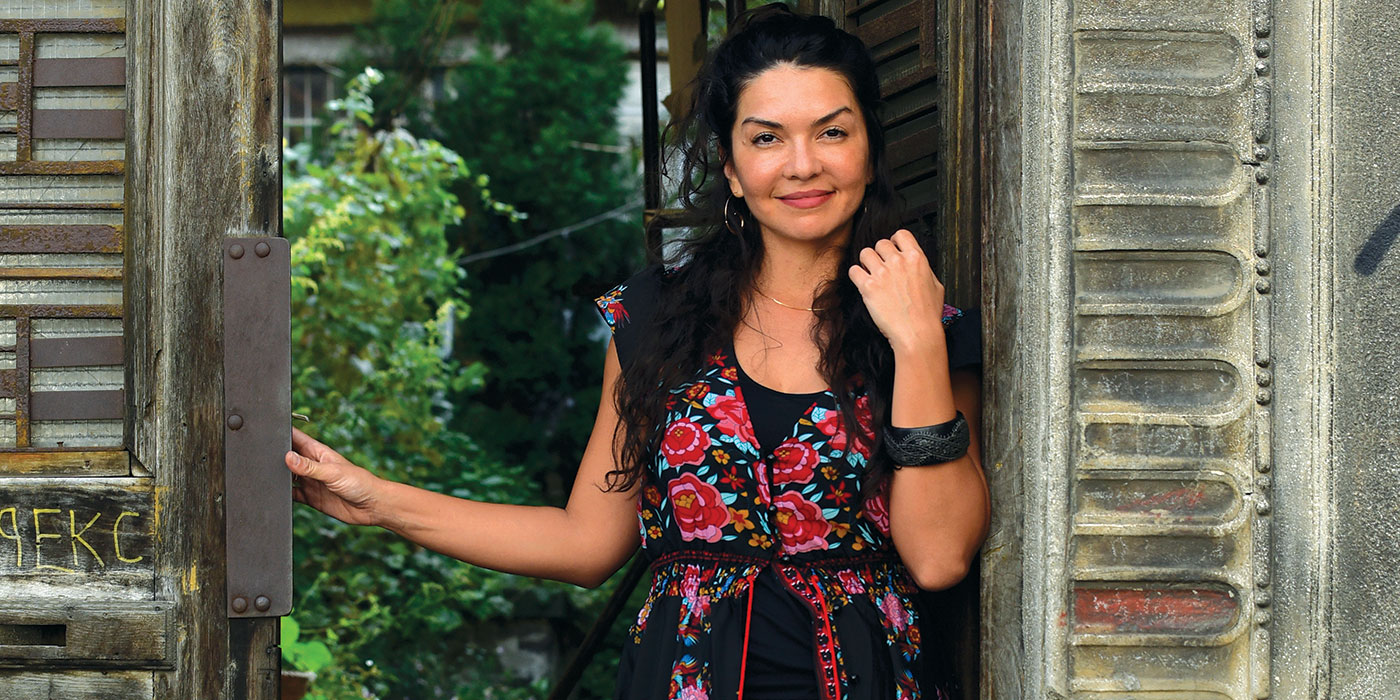 Pegah Ghaemi is an award-winning writer, director and producer, now living in Dubai. She is also the creator of BBC documentary I am Yazidi

As I think about all the women in the film industry, faces morph from one to the next. Black-and-white pictures of actors and writers, directors and producers; motion pictures of colour displaying these accomplished women, whose shoulders we stand on. As this kaleidoscope of people moves in perfect harmony with each other, I also see many men. All these people have pushed us forward in this wonderful spectrum we call cinema, film, story and content. I find myself utterly grateful for where we are today, I celebrate my voice, share my stories and am championed by those around me for my creativity as a woman. Would I be less celebrated and deemed more capable if I were a man?

I know that there are less of me, and more of the opposite gender in my industry. I knew this since the first play I ever directed at the age of 17. Yet this truly never made me stumble. I never defined my passion and profession through the looking glass of my gender, and I never felt out of place. It was everybody around me congratulating and advocating me as a “female director” – which I am ever grateful for nevertheless – that made me begin to think, wait, us women are still “making it”?

What most people don’t know is that the first female director made her film in 1896. This was right at the beginning, the birth of cinema as we still know it today. Whilst most of her male counterparts were documenting actual events and animal behaviour, she created an experimental, mixed-race fiction film. Her name is Alice Guy-Blaché. She is a pioneer. So what happened between then and now? Why do we think we are still in the process of “making it”?

In 2007, I moved to the Middle East from Australia to make films in the region. One of my real interests was to make a film with an all-female crew. I really wanted to give many passionate women like myself a chance to work and experience filmmaking without the pressures of competing for the job with men. Culturally, film sets were still a little taboo for women and thus women were less experienced than their male counterparts. However, as I expected, I met great cinematographers, wonderful production managers, fierce first ADs, talented post-production specialists. You name it and she, the woman right for the job, existed. However, as we drew closer to the shoot day, more and more people fell off the production train. By the time we were a week away from filming, there was only myself the director, the makeup artist and the continuity girl who remained on board.

Apart from the obvious lack of women’s roles outside the home – or “cave”, as in our conditioning from the time of the stone ages – one way to consider the situation regarding women in film or lack thereof, is a closer look at the popular discourse of stories in motion picture.

When we watch a film, we become the protagonist experiencing the world of the story. For too long, women have been either objects of desire or femmes fatales, whilst the lead “go-getter” with something to achieve has been the man. I, as a female viewer, fast learned to identify with this male protagonist. Though I know all along that he is a man, I am able to see the woman in this film as the “other”. She is either the desired goal or the obstacle in the way of the protagonist’s purpose. This may be a perspective that seems to spill over into real life. The women who didn’t show up for the shoot in 2007 were the same ones who called my drive “masculine”.

I’ve always felt that it is more important for a woman to know where she stands in the industry,
than the male who acknowledges it and “gives her the chance”. This is truly the first step toward opportunity. The word “equality” is something I personally have always avoided because I refused to fight for what I believe is already mine. I’m not disputing that I have had to work harder to prove myself, or that I haven’t faced the stone-age mindset of people. I just refused to accept this mindset as my own. We are already here.