It’s time to break with the ramadan clichés

Alvaro Bretel and Saad Al Abbassi, from Vice/Virtue, call advertisers to use Ramadan to stay aways from clichés and be additive to the culture. 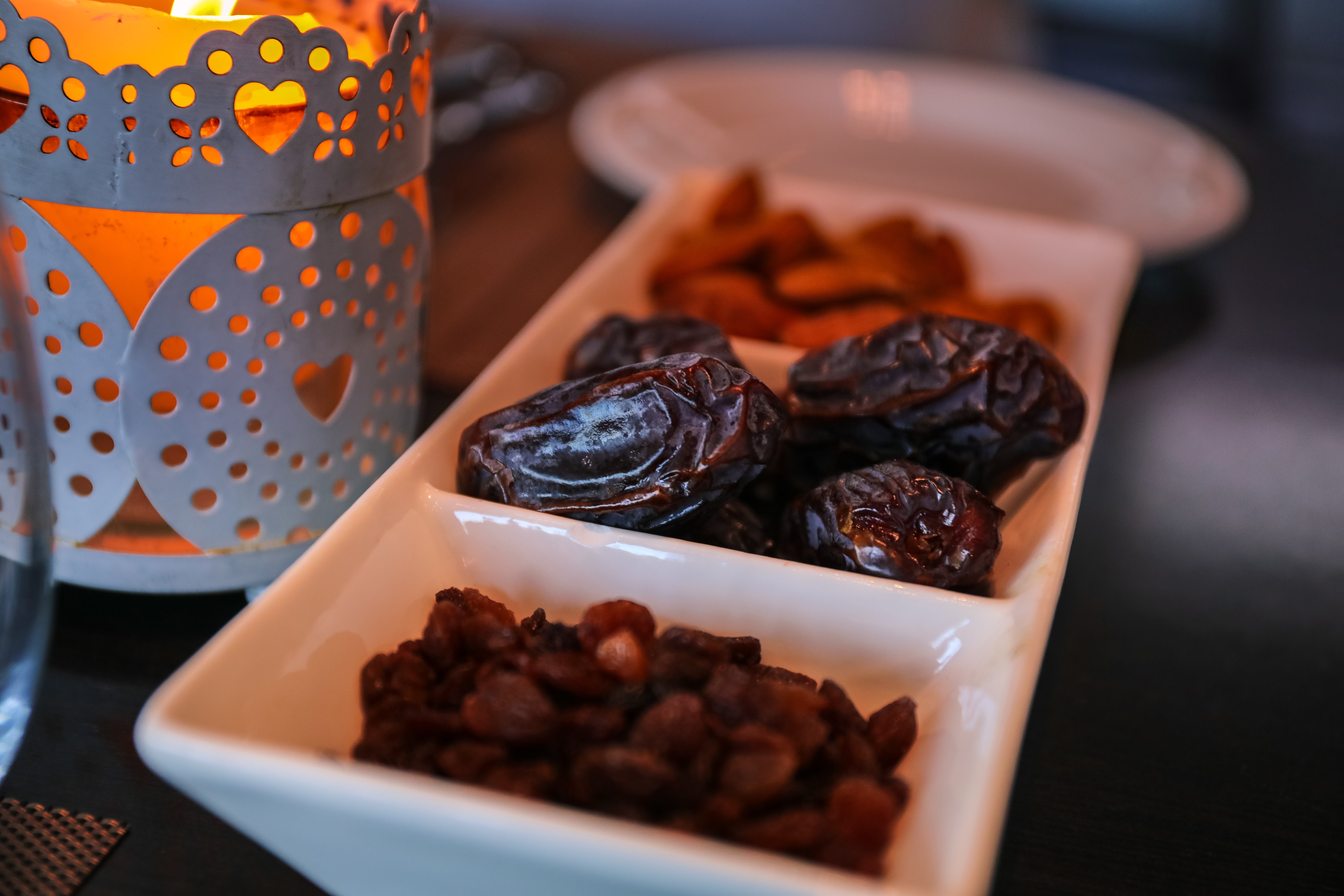 Every advertiser wants their brand to be part of Ramadan. We all know that during the holy month ad spend increases, but what doesn’t increase, is the distinctiveness in brands’ communication. It’s becoming evidently easier to list the number of topics that are explored during this month-long observation; this is what we call the Ramadan clichés.

Almost every ad features an overly glamorized picturesque family gathering around a table, ready for Iftar or Suhoor. We’ve gotten used to seeing assiduous ‘housewives’ who are fasting with a big smile on their face, preparing enough food to feed a battalion. We see ads that ignore the spiritual component of Ramadan and focus on showing fasting as an endurance or hunger competition. The ads feature people singing for whatever reason, weaponized emotions to fill the living room with tears, and aspirational settings taken to the extreme. These ads are far from reality, and instead of adding to culture, they misconstrue it.

To break from the clichés, we want to explore distinctive paths advertisers could utilize this Ramadan to stand out and be additive to culture.

We love wasting food as much as we love eating it

Food is so vital during Ramadan that the amount we spend on it increases by 50 per cent to 100 per cent, according to HLB data. However, not all the food we buy ends up on our tables; between 15 per cent to 25 per cent ends up being thrown away before it’s even prepared or consumed (compared to a global average of 14 per cent). In the UAE, the situation is even more substantial, where 55 per cent of all the waste generated during the holy month is food, as reported by The National. Food waste is such a critical issue, not only because in true Ramadan spirit, that food could have fed the underprivileged, but also because it negatively impacts the environment due to energy spent in production and the harmful gases released from rotten food.

Sadly, we’ve seen how Ramadan has become a competition for the most lavish meals and the number of dishes prepared for a single day. Ads and TV shows portray families boasting dozens of dishes cooked for Iftar, establishing it as the social norm. Here, the entertainment industry and brands play important roles.

In 2018, The Food and Agriculture Organization (FAO) of the United Nations reported that annually about USD 60 billion worth of food is wasted in MENA. Hence, Ramadan is the perfect time to tackle this problem. Advertisers, especially those in the food category, have the responsibility of portraying more realistic meal quantities rather than reinforce abundance. Additionally, brands could explore ways to enable people to reduce their food waste: from shows that focus on reimagining leftovers to DIY composting tips, better date labelling, and crafting greater methods for people to share food with others.

Most ads portray Ramadan as the month of togetherness. However, it seems that togetherness only happens in the dining room or the majlis. We don’t see it beyond that. Even though over 45 per cent of men in the GCC declare cooking as an interest (GlobalWebIndex), and Facebook Insights data shows a 51 per cent: 49 per cent split of men to women interested in cooking, ad campaigns still show kitchens only occupied by women. And those that dare to show men, only portray them as ‘helpers.’

As Shelina Zahra Janmohamed, author of Love in a Headscarf mentioned: “During this month when people are supposed to spend less time eating, women spend double their time in the kitchen.” Additionally, a young Arab girl revealed in a VICE Arabia article: “No one understands the fatigue except for women who spend day and night preparing Iftar and cleaning.” This already existing cultural burden on women, which has seen a positive change in the past few years, is still perpetuated by entertainment and advertising.

It’s time for brands to push boundaries, remove unnecessary weight from women’s shoulders, and show that togetherness can also be explored at the time of cooking too. It’s time to encourage men, teens, and children to grab a pot and start taking part in cooking for Iftar or Suhoor. Additionally, brands need to explore new targeting opportunities, to amplify the message. Not only because it’s the right thing to do, but also because, countless studies have demonstrated that cooking contributes to generating better family connections, greater mental wellbeing, and lower levels of self-reported depression.

A month that can also feel extremely isolating

In a global study conducted in June 2020, VICE Media Group’s Information Desk found that the #1 thing youth were afraid of, was the deterioration of their emotional and mental health. This outpaced the fear of a friend or relative getting Covid (which was their #1 fear in March 2020) or even contracting Covid themselves. According to the same research, depression, anxiety, and stress levels had skyrocketed due to the pandemic.

The holy month brings an added layer of pressure, where opening up becomes an almost impossible task. Fasting, socializing, praying and reflecting, all become things that we HAVE to do in Ramadan, and for a person going through their own mental struggles, it becomes a dark pit of questioning and doubting. In an article written by Yas Omran from VERVE, she rightly says: “it is also the case that triggers are not directly linked to eating and drinking, and so the pressure of not being able to fulfil every aspect of Ramadan can feel isolating.”

Empathy and compassion are key components in Ramadan. However, brands tend to have their eyes wide shut when it comes to linking mental health with the togetherness of the holy month. The exaggerated happiness usually employed in campaigns during this period, does nothing else but portray an idealistic and almost utopian version of Ramadan that adds even more pressure, especially for those who are going through mental health struggles.

The holy month is the perfect time (especially because Mental Health Awareness month starts right in the middle of it), for brands to use their reach and power to drive awareness on the issue, bringing mental health to the forefront, in order to help demystify it, address the taboo and offer tools to help their audiences cope with their struggles. The concept of togetherness should go beyond the four walls of a family home and embrace all of those who feel alone despite being surrounded by people.

In 2017, Pew Research Center projected that even though the world population is expected to grow by 32 per cent in the coming decades, the number of Muslims is projected to increase by 70 per cent. Today, we are talking about a Muslim population of 1.8 billion people, 23 per cent of the global population.

Brands that genuinely want to be additive to culture need to view Ramadan differently, as they tend to focus on it only from a religious perspective and not from a cultural one. When in reality, Ramadan is built around values that can be beneficial to everyone, observers and non-observers.

Ramadan is not only about fasting, nor only about those Iftar tables filled with delicious recipes. The holy month is a time of introspection and spiritual reflection, a time of rejuvenation. It teaches us the importance of hospitality. It lays down the fundamentals of discipline. It pushes us to be more grateful for what we have. It’s a month of humility, passion, and wholesomeness. These are things that not only benefit practising Muslims but also benefit everyone in a world that is more divided and polarized than ever.

Being part of Ramadan shouldn’t just be a tick on the annual marketing plan checklist. We should not participate in it just for the sake of being there because we’ll end up producing a campaign destined to be forgotten, as well as waste precious budget and the time our audience is giving us. It is essential to always ask ourselves what we are giving our audience in exchange for their time and attention, especially during Ramadan, since content consumption and purchase behaviour are at their highest.

These are just four different ways we could approach this Ramadan differently. But there are many more if we look at the role we want our brand to play in culture, and how we want to add to it.