To celebrate Emirati Women’s Day OPPO joins the first Emirati female film writer, director, and producer, Nayla Al Khaja, as she shares her inspirations, advice, and passion for the industry. 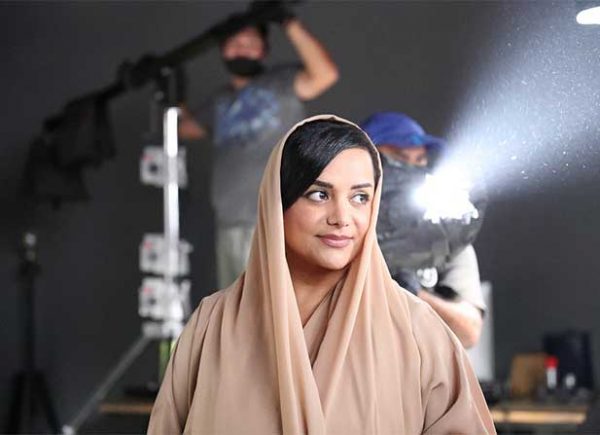 As a global technology brand, OPPO is committed to empowering female business leaders both in the UAE and across the globe. OPPO is dedicated to supporting and encouraging women to be a driving force for change and share their fresh perspectives with the world.

In the UAE Al Khaja has written and directed several films, all of which have been presented and awarded at various international film festivals such as the Dubai International Film Festival.

As an experienced film director, Nayla Al Khaja understands what is needed to create the perfect shot. As a brand fan and ambassador, the partnership between OPPO and Nayla was conceived from a shared passion for state-of-the-art camera technology available for all to experience and enjoy.

What inspired you to be a film director and producer?

I had a small gallery here in Dubai before I got into film. I always thought I was gonna be a full-time painter, but motion pictures inspired me from a young age.

As a child, I would watch VHS tapes back-to-back for hours. Of course, I was only allowed to watch certain genres as a child but, when I was seven or eight, I accidentally watched ‘The Exorcist’ and it truly scared me. A feeling that I still remember today.

When I was in school, I began experimenting with an 8-millimetre camera and by the time I was 19, I had already made my first documentary. After that, it felt only natural that I fell in love with the process of filmmaking. Why filmmaking? Because the process easily spoke to me as I thrive on chaos, madness and unpredictability, and filmmaking had all these components. Being a producer came naturally as did moving into a director role as I had to be in control of my narrative and be true to what I wanted to direct.

What does it mean to you to be an Emirati woman in the industry?

When I lived in Toronto, I was a little fish in this huge ocean. Whereas here, in the UAE, I could be a whale in an aquarium, so to speak. Both experiences came with their own unique benefits and challenges, but I have a better chance to leave my mark and impact in the UAE as one of my primary goals is to inspire young Arabs in the region. I’m just one of the lucky ones where although there are parts of my career that I hate, I would say I love 90 per cent of it, which is a great percentage. It’s fulfilling for me to wake up every day and do what I love doing, which is telling stories. So, I’m very blessed that way.

At what age did you first own a camera? Do you remember your first shot?

Wow, this was a long time ago. I think I was around 12 years old when I owned my first camera. The first shot I took was for a project called cliché where I filmed mundane scenes about life that didn’t mean much individually, but collectively they told a story. For example, one of the scenes I captured was of a man trying to reach up and grab a certain brand of diapers from a supermarket shelf, but he couldn’t reach it even though he was on his toes.

What advice would you give aspiring Emirati females who are looking to join the film industry?

If you’re a woman with a passion for making quality movies and television shows, there’s no better time to get involved than the present. Despite the challenges women in the entertainment industry have faced, it is completely possible to have a successful, rewarding career in producing and filmmaking. My advice is to be fearless and a force that empowers other women around the world.

For budding directors and producers creating content on their phones, what practical tips can you give to improve their photography and videography?

Go out and explore every horizon that comes your way. No shot is considered a bad shot, creativity lies in the eyes of the beholder. Shooting more will give you more confidence and experience as well as giving you the knowledge to rectify previous mistakes. Don’t be afraid to get out there and shoot anything: there is always a story and there’s always success in failure Take inspiration from renowned directors and photographers making sure you follow and study their work.

As a fan of the brand, how would you describe OPPO? What excites you about the brand?

OPPO is one of the leading innovators when it comes to smartphones. When considering what smartphone to purchase it comes down to the feature and camera abilities. OPPO has managed to stand out from other brands when it comes to its camera abilities. What excites me about OPPO is their photo quality thanks to the hybrid 10x zoom capability. This capability helps me to zoom into pictures without losing any quality while I am working when I’m visualizing a particular shot. Fast charging is also a game-changer as it helps me to be more mobile than simply waiting idly for my phone to charge.