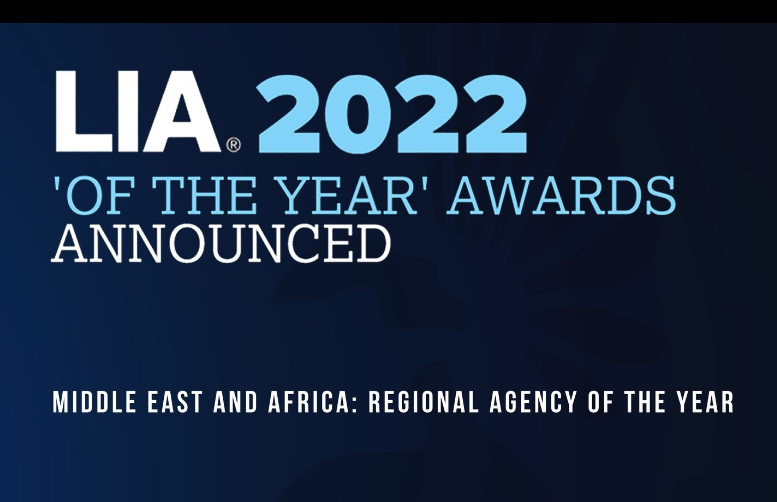 London International Awards (LIA), continuing its tradition of a total focus on creativity, has revealed its 2022 Global and Regional winners of the year.

IMPACT BBDO, Dubai has been named the  Regional Agency of the Year for the Middle East and Africa. For the first time, two Grand LIAs were awarded to the the United Arab Emirates, which were both received by Impact BBDO.

The work on TENA was praised by the jury as they created a shift in culture. It was their creativity which galvanized a society to have the word “menopause”, which means “age of despair” in Arabic, changed to a different word in the dictionary. The other Grand LIA – AnNahar Newspaper wowed the jury with a simple yet powerful idea in Non-Traditional.

Barbara Levy, president of LIA, said, “It’s always heartening when creativity helps make positive changes in a community.  Our two Grand LIAs from IMPACT BBDO, Dubai are prime examples.  Congratulations to all the statue winners in the Middle East and Africa. We are excited to see more powerful work from this region pushing the creative envelope in 2023.”

Impact BBDO’s winning work “The Elections Edition” was produced by DejaVu, Dubai, the points attained for this work garnered them the title of Regional Production Company of The Year for the Middle East and Africa.

Motif Studios, Cape Town was named Regional Post-Production Company of The Year for the Middle East and Africa for winning work for Jif entered by the agency, PSOne.

In total, 754 LIA statues and 230 finalists were awarded to 45 countries with the United States leading with 254 wins, followed by Germany with 87, the United Kingdom with 53 and India with 37 statue winners.

All rounds of judging were done onsite in Las Vegas. Of The Year Awards are calculated based on a point system allocated to the winning work chosen by the Juries across all competitions. LIA used the creative credits that are input at the time of entry to award those points, regardless of the entrant.

Find  all the Winners and finalists here.