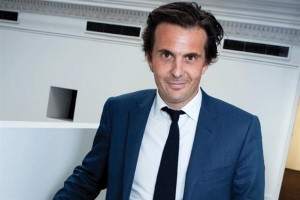 The Havas board has approved the Bolloré Group’s attempt to buy a controlling stake in the company. At a meeting yesterday the Havas board reviewed the findings of an independent report into the offer. The report said Bolloré’s offer is fair as it “offers a premium on Havas’s intrinsic value”.

The Bolloré Group filed a share exchange offer of nine shares in Bolloré Group for five shares of Havas on 17 October. The offer represents a 19.5 per cent premium on the price of Havas shares prior to the deal being made public.

The “group committee” of Havas employees approved the deal on 27 October.

Following the recommendations of the independent report, the approval of the group committee, and the Bolloré Group’s willingness to support Havas’s future growth, the board decided the offer was in the interest of Havas, its employees and its shareholders.

Yannick Bolloré, the chairman and chief executive of the Havas Group, said: “I am delighted by the positive opinion issued today by the board of directors of Havas. I am also pleased that this offer was favourably welcomed by the group committee.

“The success of this transaction will enable our group to benefit from the support of a long-term shareholder”.

Also read: The Bolloré Group offers to buy controlling stake in Havas, but rules out sale

(Text: Maisie McCabe. This article was first published on campaignlive.co.uk)