Despite corporate America’s pledges to improve diversity and equality this year, a study from consumer research platform Quantilope reveals that Gen Z thinks brands could do more. 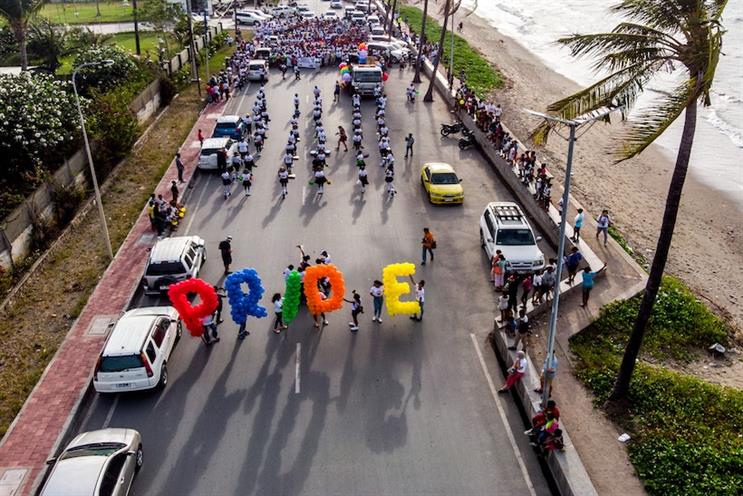 Gen Z is the most diverse generation in American history, and would like to see that same representation reflected by the brands they shop with, according to a December study by quantile.

The report, which asked consumers what they want to see from brands and entertainment companies when it comes to race and representation this year, is based on responses from 630 Americans across demographics including age, gender, sexual orientation and race.

Gen Zers made clear throughout the study that they want brands to step up their efforts around representation. For example, 76 per cent of Gen Zers said they feel diversity and inclusion is an important topic for brands to address, compared to 72 per cent of millennials, 63 per cent of Gen Xers and 46 per cent of Baby Boomers who felt the same.

Similarly, more than half (51 per cent) of Gen Zers said they would like to see brands include more diverse casting and imagery in their advertising and branding, compared to just 38 per cent of Baby Boomers, 42 per cent of Gen Xers and 44 per cent of Millennials.

“Consumers don’t want to see brands making an effort to be inclusive just for means of publicity,” said Jenna Stearns, researcher at quantilope and lead on the report. “They want to see something that’s authentic and consistent.”

Diversity and inclusion has risen to the top of the agenda for many brands in recent months, following a string of Black Lives Matter protests in the summer and an ongoing public outcry against racism on social media.

Gen Z has been at the forefront of these movements, taking to platforms such as TikTok and Twitter to organize and call out injustices. Most recently, Gen Zers were harsh in their rebuke of the way Capitol rioters were treated as they stormed the federal building on Jan. 6, versus the way peaceful Black Lives Matter protestors were treated over the summer.

I’m sure I’ll have more to say, but y’all keep BLM slander out ya mouths ##blm ##america ##election

But brands that resonate most with Gen Z consumers are consistent in their support of social justice. Target, for example, has been vocal around LGBTQIA awareness and Pride month for years, said Steph Rand, senior research consultant at quantilope.

“These brands are rising to the top because they are sustaining and consistently making [these issues] a priority, either in their communications or around the content they produce,” Rand said.

On the media and entertainment front, a Maxdiff analysis of responses, in which survey takers indicate the “most important” and or “least important” options of a given set, showed agreement amongst all demos that streaming services such as Netflix and Hulu are best at representing diverse audiences. A breakdown of responses showed, however, that Gen Zers agree that social media is the most representative media source.

In 2021, consumers hope to see more individuals with disabilities represented in advertising and media, as well as more authentic PR backed up by action.

Brands considered for doing a “noteworthy” job of celebrating diversity and inclusion include Apple, Nike, and Google.