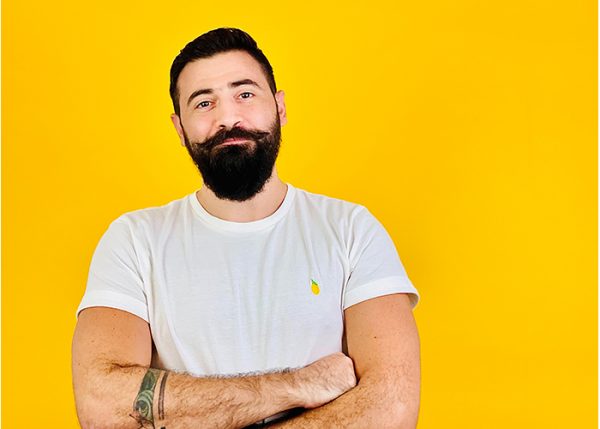 Twenty years ago, if you asked any Arabic copywriter about what they aspired to be in the future, the answer would be head of Arabic. Today, there are many agencies but very few head of Arabic roles.

It meant that you had reached the point where you could finally play an active role in changing the Arab advertising scene with the ads, concepts, and copies that you produced.

But in order to reach that level, you were expected to have years of experience in advertising and excellent knowledge of Arabic. Most agencies asked for a certificate in Arabic literature, journalism, or a wealth of experience within the same field.

In the past, they needed to make sure they hired someone who could not only write in Arabic but also write perfect, error-free. But, what about the insights? What about the ideas?

Soon, I came to learn that they did not care about the innate creativity of the potential candidate. Why? Because, in Dubai, Arabic comes second.

When I secured a role in one of the biggest advertising agencies in the world ten years ago, I was excited. I dreamt of being on the Lynx, Loeries, and Cannes stages, showcasing work I was proud to have created until I received my first brief.

When I joined the initial briefing session, my manager told me, “Don’t worry about it. Let them finish the campaign in English, and then we Arabize it.”

It was a slap in the face. At that very moment, I realized why every email I received began with ‘Please translate’.

This approach, mostly led by agencies and creative heads, but also often by the brands themselves, played an incredibly negative role on the Arabic language—not to mention on the Arab creatives in this market. And it was encouraged by the marketeers who, for some reason, considered English copywriters more innovative, creative, and culturally in touch than actual Arabs.

But, over the years, I’ve noticed a change in the market, especially after the era of social media took, where both agencies and clients began hiring young talents and people with backgrounds from our region into decision-making roles.

The importance of classical, error-free Arabic has decreased. Instead, it has been replaced by a firm grasp of dialects, colloquialisms, accents, and slang.

Brands, now, know that if they want to effectively engage their target audience, they need to speak their language. They have realized that local insight is key to turning a good campaign into a great campaign. And this point was proven at the festivals, where we all saw how local thinking was awarded.

This, further, encouraged agencies to rethink their hiring process. It pushed them to start hunting down the right people for the role of Arabic copywriter.

It caused talent scouts and recruiters to stop and think, “Arabic copywriters are always part of the creative team, so why don’t we hire them based on creativity? Why are their tests always about Arabizing English headlines or body copy?”

Today, network and independent agencies alike have learnt the hard way that the classical role, ‘head of Arabic’, as a role simply might not be needed anymore, and we saw how what we used to call the ‘Arabic department’ has been replaced by creative teams of art/copy on all levels: junior, mid-level, senior, associate creative director and creative director.

And to be honest, with all the technology at our disposal, including Google and other third-party translational platforms that have become reliable sources for direct English-to-Arabic translation, you really only need an editor to fix minor technicalities and make it work.

But neither Google, nor any other technology, can exhume local insights, perform design-thinking processes, or generate innovative ideas that work in our part of the world. Only human—and Arab—creatives can.

Those who can dig deep into the culture to unearth award-winning strategic insights and ideas, those who can turn their ideas into beautifully crafted headlines and body copy, and those who can see a creative campaign through from conception to execution are the true Arabic copywriters.

Finally, and from my personal experience recently at Wunderman Thompson Dubai, I can say that what I always wanted to do is happening. The local insights are turning into award-winning ideas, and the regional thinking is turning into successful campaigns. The market is full of Arabic creatives with great ideas and insights. Most of them just need the opportunity to do wonders.