New award will honour work that addresses issues of gender inequality in advertising. Entry profits to be channelled back into relevant NGOs 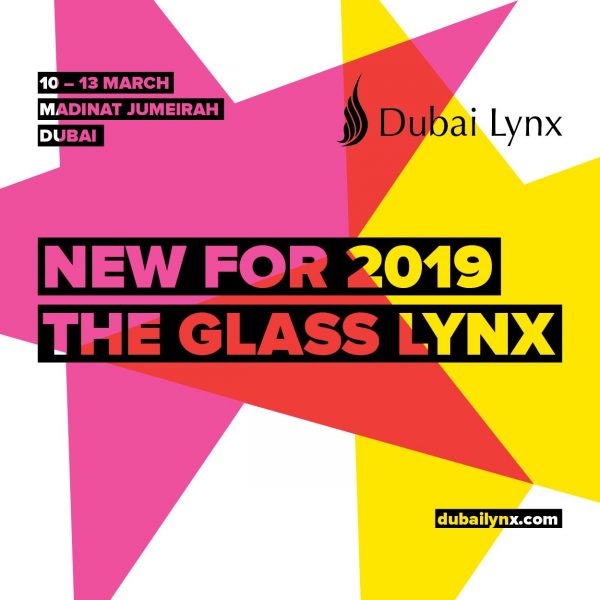 Dubai Lynx, the annual festival and awards for MENA’s creative communications industry, has announced the launch of a new award, Glass: The Lynx for Change.

The Glass Lynx will celebrate culture-shifting creativity through ideas that are intended to change the world. It will recognise work that implicitly or explicitly addresses issues of gender inequality or prejudice, through the conscious representation of gender in advertising.

On Tuesday, Dubai Lynx held a joint event with the Advertising Business Group (ABG) called “Gender Stereotyping: Let’s Broaden the Conversation”. Speaking at the event, Philip Thomas, chairman, Cannes Lions, showcased work from the region that he said was “actively changing the way people are portrayed in advertising, very much for the better”. Drawing on insights from this year’s Cannes Lions Festival of Creativity, he added that there is compelling evidence that “gender diversity is becoming business critical, and in a movement being led by P&G and Unilever, more brands than ever in the region are lobbying for better gender representation in advertising”.

Commenting on the new award, Sanjiv Kakkar, chairman for the Advertising Business Group and Unilever executive vice-president for MENA, Turkey, Russia, Ukraine and Belarus, said: “As a cross-industry body that promotes best practices in advertising, we’re delighted that there is now an award that promotes gender equality amongst brands in the Middle East and North Africa. By showcasing positive campaigns that break stereotypes, we are not only doing what is right for business, but, most importantly, we are also doing what is right for society.”

As part of Dubai Lynx’s commitment to supporting and driving change throughout the industry, it will help fund relevant initiatives and research by donating all proceeds from entries into the new Glass Lynx back to appropriate NGOs.

Thea Skelton, festival director, Dubai Lynx, said, “The fact that we are able to donate funds back to the industry makes the launch of this award even more valuable for the region and the industry. There’s been a notable shift in attitudes towards gender representation across the region and it’s time to propel this from the ground up.”

Dubai Lynx will open for entries into its awards on November 23 with the winners being revealed and celebrated at the Awards Ceremony on March, 13 2019.