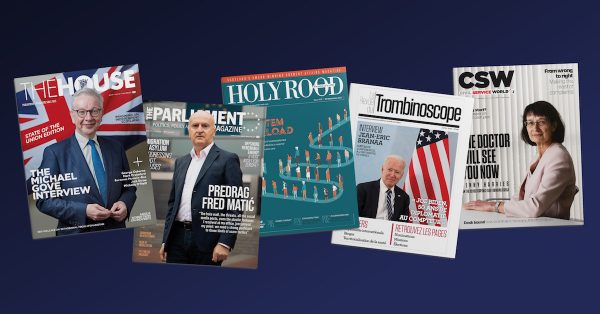 Dods Group is continuing to increase its global scope by partnering with MENA’s media concessionary, IAS Media.  Expanding into this territory signifies the next step in the Dods Group expansion into international markets, offering for the first time, the most direct access to the leading UK and EU policy makers via their iconic media and events platforms.

The Dubai based media company with a footprint across MENA will aim to bolster the growing relations between UK, EU and GCC governments, NGO’s and Corporates. Through the Dods Group portfolio of brands, MENA organisations will have the opportunity to engage with the most politically influential power brokers across the EU and UK.

Ali Asgar Mir, Managing Director IAS Media, said, “For over 30 years, IAS Media has represented some of the most prestigious and biggest international media groups for the MENA region. It’s our honour to join hands with Dods Group and bring their media titles to our market, whose readers are the most influential Members of Parliament and government officials in the UK and EU.”

He continued “We are delighted to work with Dods Group to offer their print, online and events platforms to clients in the MENA region who want to reach out with their messages to this influential audience.”

Sam Kumar, International Sales Director, Dods Group said “We are witnessing the evolution of a post Brexit UK as Britain takes a stronger foothold in the global economy and right now is the perfect time to bolster our international presence. Our strategic alliance with IAS Media will strengthen the growing relationship with the important corporations and governments in the MENA region looking to engage with the UK and EU parliaments.”

Dods Group media titles include The House, known as Westminster’s magazine, written by and for MPs; Parliament Magazine, offering insights and commentary from inside the EU parliament; Holyrood, the magazine of the Scottish parliament; and PoliticsHome, one of the UK’s leading political news websites, bringing breaking news and analysis from inside Westminster.