Digital Essays 2020: The battle for the future of online identity, by MMPWW’s Nader Bitar 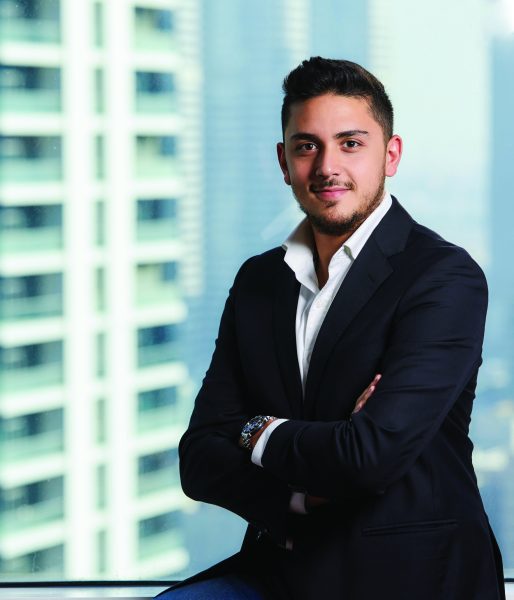 Cast your mind back to the start of the year. Trump was yet to be impeached, the coronavirus had yet to fully enter into the public consciousness and Google had just revealed its plans to shake up the advertising world by removing support for third-party cookies. Cue: shock, horror and panic. It all seems so long ago, given everything that has happened since. And yet, as we close off another year, the answer to what digital marketing will look like in a post-cookie era remains unclear.

It’s like waiting for the other shoe to drop. We know it’s coming, but don’t know when. That’s not to say that developments aren’t happening, both in the background and publicly. If we thought 2020 would give us a reprieve after Google announced a two-year transition period, Apple gave no such forewarning, revealing major IDFA changes in the summer, essentially sending the industry into chaos.

By making the IDFA opt-in, the power will shift to the user, sure, but make no mistake – these changes are designed to safeguard Apple’s very own walled garden and power within the ecosystem too. Still, after a huge backlash, Apple bowed to pressure (perhaps for the first time) to delay the implementation of these new privacy measures until early 2021, to give mobile advertisers and publishers time to prepare. It’s not exactly a win, but a “stay of execution” for now.

The themes of compliance and identity have been big talking points this year and while browser crackdowns have been inevitable for some time, the balance of power is off between the likes of Safari, Google and Firefox and the rest of the ecosystem. When it comes to programmatic advertising 3.0, we can’t wait for changes to come; we need to already be building alternative solutions and strategies.

Now is the perfect time to seize this opportunity and develop other ways to target users. Companies can build their first-party data pool using contextual advertising, creating content catered to their users/brands, develop universal IDs for user identification on mobile and begin to prepare a whitelist of premium publishers. The onus, however, will be on businesses to find workarounds, not loopholes, to ensure audience targeting remains beneficial and compliant for all.

Also, let’s be clear here, targeted audiences bring data into the ad-buying equation, which makes precision marketing handier, and as a result enables advertisers to connect with their audience at the right time, place, and environment. The contextual strategy gives personalised content to users and, with a blend of mar-tech and ad-tech methods, advertisers can start connecting and understanding their users beyond online. This is more important than ever, given that the consumer journey is no longer linear; they are not so easy to predict in their behaviour or intent to purchase any more.

This is the ad-tech shakeup we’ve been predicting for years. We’ve moved beyond the rumbles of fraud, viewability and brand safety issues that have plagued us in the past, and are now looking to reform the whole digital advertising landscape. A fire has been lit under all the key players in the ecosystem, each battling for dominance and position in this new cookie-less world.

In January, Google unveiled its privacy sandbox, a proposed set of web standards designed to help protect user privacy, while still allowing for advertiser targeting and measurement capabilities. The initial reaction was disappointing, mainly because it was largely speculative in content. However, experiments since have been more hopeful, particularly with regards to the ‘federated learning of cohorts’ (FLoC) and TURTLEDOVES proposals outlined in June. (That’s a whole other article; it could well be the gamechanger Google is hoping for.)

More concrete at this stage is Lotame’s Panorama ID, “the first global, people-based identity solution for a cookieless open web”. Promising marketers and publishers increased ad targeting accuracy and scale, effective measurement and a way to safeguard user privacy, it’s certainly a big step in the right direction. Trade Desk and LiveRamp’s newly announced collaboration also holds promise. Together they are aiming to consolidate identity and empower addressable advertising and measurement without relying on device identifiers or third-party cookies.

This is only the beginning. More solutions will come in time, however, we must be cautious that these new proposals don’t end up creating further privacy concerns. New forms of data leakage could be one possible outcome if we’re too quick to race towards the seemingly perfect solution. What is clear is that privacy is no longer an afterthought, but a central piece to the puzzle in reshaping the future of online identity. Let the battle begin…