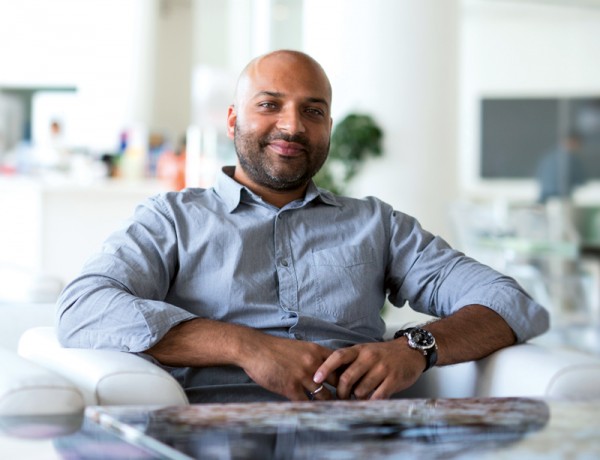 Disruption is a cool word. Marketing people love the word disruption. It gives us a feeling that we’re doing something really out there and wild that goes against the grain and is super creative.

Because we all want to be known as super creative people.

The last disruptive concept that made me sit up and question thought is the new screen usage indicator on the latest iPhone software update.

It was lauded as a check on how much time we were spending glued to our screens. It would help us get out more and actually enjoy the real world again, if we wished to do so.

Advertising platforms on the other hand saw it as an ad blocker on heat.

Currently, I’m averaging around four to five hours a day, or 35 hours a week, dominated by my web browser and social apps. Essentially, places where I can be served digital ads.

I thought that was quite high. Certainly higher than I expected.

But here’s what disrupted my thought process about that number: I can’t remember a single piece of advertising from those 35 hours in the last week.

In fact, I can’t remember any significant piece of digital advertising from the past year. Nothing.

I have consumed about 1,800 hours’ worth of advertising on my phone in the past year (and maybe another 1,000 hours on my work laptop) and it has all been utterly forgettable.

Apart from the single Instagram ad that advertised a phone cover which I bought around six months ago.

That is a shockingly meagre return.

Now here’s something else I realised when I started to think a bit more about memorable advertising: I can list out most of the TV ads that aired during the TV coverage of the World Cup in this region. Which is where I watched three out of the four weeks of the World Cup.

Those 30-second clips over 64 games for around 10 minutes a day during half and full time when I was barely concentrating – at best.

There was the Pepsi series that turned Arabic commentary clips into catchy songs (I loved the second of those that ended with ‘haraam haraam haraam’!). The slightly odd QNB ads that featured a bunch of retired footballers in a park. I actually wish I could forget the Hyundai ads with the annoying Maroon 5 singalong in the car park, but I still cannot. And of course Lionel Messi eating a pack of Lays crisps that he’s probably never really eaten.

It seems the death of TV has been grossly exaggerated, as we’re yet to unearth a grave.

Digital media, despite the hype, isn’t the panacea for all your branding challenges. Sorry.

Many academics and researchers will tell you brands built over time will result in lower long-term acquisition costs, higher loyalty and greater brand equity. Which means you can largely avoid price wars even in price-elastic product categories. Mark Ritson, amongst others, is a key proponent of this theory.

Those same academics and researchers would also tell you a strong marketing strategy splits activity roughly 60:40 between long-term brand building and short-term sales. And that despite reports to the contrary, brand building with memorable creative can remain hugely effective on TV when it’s coupled with other media for sales conversions (such as digital).

That’s closely aligned with the strategy that the gold winner at this year’s IPA Effectiveness Awards followed.

And there goes a digital essay on how to spend less on digital in order to make your brand more memorable.

How’s that for disruption?