Digital Essay: Telecoms may need to future-proof their business by Mathieu Yarak and Alexandra Reynolds 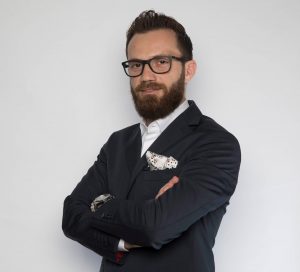 BACKGROUND
The latest study on the telecom sector conducted by PWC’s Strategy& indicates that since 2006 the Saudi telecom market has moved from being in a comfortable state to becoming a market on the edge, which is forecast to become more commoditised in the future. Investigating further, DMS recently conducted its own research on consumers’ usage and behaviour related to telecom services and products.

1. PURCHASE BEHAVIOUR
When looking for telecom services, 72 per cent of Saudis consider an average of 3.29 brands. Friends and family play a key role in influencing their decisions (56 per cent). Media-wise, digital is dominant (35 per cent). However, when looking at offline media, OOH (24 per cent) and television (20 per cent) play a more influential role amongst millennials than the older generation.

More than half of them still purchase traditionally (telecom shops), whereas only 2 per cent purchased online. Despite the small numbers, 65 per cent of total telecom users intend to buy their products online in the future.

2. LOYALTY
Loyalty in customers is typically expressed through consumers’ faithfulness via repeat purchases and other positive behaviours such as advocacy, irrespective of market pressures generated by other competing brands.

Our study shows that 67 per cent of Saudi telecom users have a preference for one of the brands they currently use and 82 per cent of them consider themselves to be loyal to this brand. When asked if they were willing to switch operators, 47 per cent answered “yes”, with price (68 per cent) and innovation (63 per cent) being the main drivers. This tells us that loyalty does not really apply here, as competitor offerings and market pressures can sway consumers’ behaviour.

4. ON THE HORIZON
We might debate that the current level of awareness for MVNOs is quite low, but 70 per cent of consumers who were aware intended to use MVNOs in the future. In a landscape that is becoming highly competitive, many providers would need to future-proof their businesses by embracing innovation, a digital presence and competitive pricing. 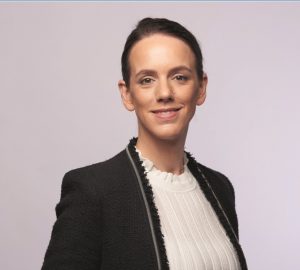 During my recent visit to KSA, I spoke to a number of telecom clients about key topics, to learn more about what influences purchase behaviour and brand loyalty. I also spoke to them about business disruptors, such as MVNOs.

While discussing what influences the purchase journey, it came as no surprise that word of mouth remains a key driver, while media was secondary. It was also interesting to learn how key offline media still plays a significant role in the overall mix. Outdoor, TV and even radio are all present at various levels and there are seemingly no plans to reduce their importance in the short term. Envisioning the longer term, no one felt comfortable predicting how things would evolve, but as they continue to invest in cross-channel measurement the picture will become much clearer.

Point of purchase was another interesting topic. I was surprised at the extent which telecoms are going to shift their businesses towards e-commerce, so much so that physical retail outlets are actually shutting down. It’s
clear that the Saudi market and consumers are fully embracing e-commerce and brands that aren’t will
quickly be left behind.

When we asked them if “loyalty exists in the telecom sector”, there was a belief that it could; but brands would need to work hard to engage their customers on a consistent basis. There was a lot of discussion around the importance of the “customer experience”, whether that be experiential or digital. When we challenged them on whether the industry was shifting to become a commoditised market, there was a consensus that yes, it’s feasible, given the industry trends that have been witnessed globally. However, they came back to the same point: that if a brand can connect and create engaging experiences with their consumers, this shift could very well be avoided.

Finally, when we opened the subject of the rise of MVNOs and whether they are seen as a threat to the main telecom players, there didn’t appear to be any major concerns. MVNOs are still very much in a nascent phase, so they are yet to affect sales. However, from our research, younger consumers perceive MVNOs as leaders when it comes to pricing and innovation, both of which are key influencing factors on purchase behaviour.

So what are the key take-aways? Even though the industry is moving heavily towards e-commerce, taking a cross-channel, full-funnel approach is still a necessity for brands looking to drive impact. Brands haven’t given up on the concept of brand loyalty either, but you need to focus on creating experiences that matter to your customers. Lastly, MVNOs are still not seen as major market disruptors, but our research tells us that maybe big telecom players shouldn’t be quite so relaxed.