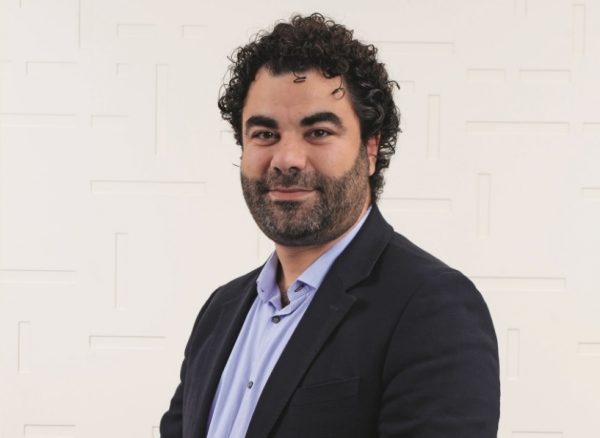 Over the last two decades, digital media has slowly but persistently changed and challenged the rules of marketing. This meant that brands, agencies and media platforms have had to adapt or fade away. And now 2019 is shaping up to be the year where we need to closely monitor, experiment and even invest in blockchain innovation, or else we could potentially be left behind.

While blockchain technology grew its roots in the crypto-currency sphere, it did so because it presented itself as the most secure way to encrypt sensitive information. Today this technology is simply defined as a digital record-keeping method that creates a ledger of transactions that is transparent and impossible to tamper with. This makes it the most secure way yet to encrypt, share and audit sensitive information.

To date, much of the discussion around blockchain has centred on banking and financial transactions, and most recently governments and large corporations have started joining these conversations announcing joint ventures with a multitude of fast-growing blockchain start-ups and promising easier, more secure and improved customer service. While these promises are alone significant, the impact of having access to an extremely safe database that isn’t owned by anybody will have effects across a multitude of industries, including media and advertising.

Authentication, authorisation  and powerful digital relationships that are vital to digital transactions, are now becoming critical to advertising on the back of various media transparency reports, ad fraud, viewability, transparency  and related discussions, not forgetting cost control pressures within various industries. The questions about working media  vs non-working media investments are pushing the system to seek discontinuous efficiencies and  a better system. Blockchain technology is seen as a solid solution that is capable of  offering an answer to all of the industry’s woes.

Most likely the first impact we will witness is in the domain of data and user information. While Europe is leading the way, with General Data Protection Regulation (GDPR) making sure online users have full ownership of their data, blockchain technology will potentially allow users to control where their digital information is stored and who has access to it.

Closer to home, the programmatic ecosystem and the companies within it have tested the trust  of advertisers, agencies, consumers and publishers alike. The underlying protocol, OpenRTB,  is being questioned, and even  more so in recent months, as we are now dependent on multiple adtech and martech partners providing second- and third-party data sets for better insights and campaign management – all of which are just becoming expensive band-aids, and none of which has entirely fixed anything other than its own bottom line. A new blockchain network design that avoids the pitfalls  we’ve heard about in the press recently regarding privacy is  being promised by various ventures as an alternative.

Content distribution and monetisation for both creators and curators will notably be affected by a secure ledger of transactions, and this could happen in many ways. Like the advent of a new business-model social network in which users can earn financial rewards by posting their own content or curating and promoting others’ posts, this model compensates independent content creators (bloggers, experts, hobbyists) and consumers (social network users who enjoy sharing their opinions) for their contributions. Instead of the existing social platform reaping all the monetary benefits, blockchain-based social media platforms aim to monetise the relationships between authors and their followers, in turn stimulating the creation of additional content.

A secure and transparent ledger of blockchain transactions is also promising to address another media fundamental challenge, enabling all players in an ad sales chain to view and audit campaign data directly, thus eliminating any potential for fraudulent reporting by third parties or ad servers, and streamlining what has historically been a laborious reporting method and a slow payment process.

It is equally important to note that this technology is yet to reach maturity. Unclear regulatory environments and legal risks remain; interoperability is still in its infancy even as public-sector participation is increasing. While some consider blockchain as the future currency that will govern all digital footprints, others describe it as a solution looking for a problem. This technology can be seen as a useful, powerful mechanism for processing transactions in a trustless decentralised environment. However, the corresponding cost, performance and complexity is yet to be assessed. In many cases, savings will come from the digitisation of inefficient processes and not necessarily the adoption of this technology.

While all we can do now is work hard on understanding the complex concept of blockchain, this is a fundamental step; having a clear understanding of the technology will help us leverage it more smartly, gain positive outcomes  and identify future opportunities. Having an outward-facing focus
by identifying partners that are already adopting future-thinking processes and technologies and engaging with peers can help anticipate any needs that a blockchain setup might fulfil.

Chief marketing officers from a variety of industries are joining councils and consortiums designed to explore and set standards for blockchain. Media groups and agencies have also started to move within this sphere, and GroupM was amongst the first. At the beginning of 2018 it appointed Gowthaman Ragothaman as the global blockchain solutions lead, and the group has managed to start conversations and convince several group clients to start dipping their toes in the technology.

Blockchain is a new, undiscovered and exciting technology. While it is not yet perfect, it will not be going away. Not when the technology is promising a future that will be built on trust and transparency, something that is welcomed and much needed in our industry.