Dave Trott: We don’t want what’s good for us 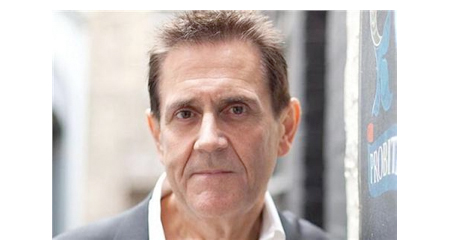 How ‘The Landlord’s Game’ became ‘Monopoly’.

Henry George was an enlightened economist.

He proposed a third way, between capitalism and communism.

His main principle was that a man should profit from his labour, but not profit from what belonged to everyone.

So, instead of income tax, he proposed a tax on the value of land.

Because the land itself belongs to everyone.

One of his followers was Lizzie Magie.

In 1904 she decided this should be taught to children.

She turned it into a game, so they could learn while playing.

It was called ‘The Landlord’s Game’.

It was designed to show children the cruelty of profit for greed.

It consisted of rents, mortgages, deeds, imprisonment and fines.

The object was to keep acquiring land until you owned all the land in a certain sector.

Once you had a monopoly, you could charge double or treble the normal rent.

The goal of the game was to bankrupt every other player.

Lizzie said of her game: “It is a practical demonstration of the present system of land-grabbing with all its usual outcomes and consequences. Let the children once see clearly the gross injustice of our present land system and when they grow up, if they are allowed to develop naturally, the evil will soon be remedied.”

Not surprisingly, it wasn’t a big success.

Except in the Quaker community in New Jersey.

These people used it as Lizzie intended, to teach their children the evils of profit for greed.

But in 1933, an unemployed salesman named Charles Darrow was visiting a friend in Atlantic City.

His friend showed him ‘The Landlord’s Game’ and Darrow liked it a lot.

Not for learning the evils of greed, but for the exact opposite reason.

The fun of taking money from the other players.

In 1933, he patented the game under a different name: ‘Monopoly’.

Monopoly went on to become the biggest-selling board game ever.

To date, it has sold 275 million sets worldwide.

So far, 10 million Monopoly phone apps have been downloaded.

Because, as Charles Darrow spotted, it wasn’t teaching children the evils of unrestricted capitalism that people wanted.

It was having fun with the evils of unrestricted capitalism.

That’s what games are about: someone wins, someone loses.

In the year 2000, in a masterstroke of irony, the toy store FAO Schwartz sold a special edition Monopoly set for $100,000.

The dice was 22 carat gold and had diamonds for dots.

The ‘Chance’ square was dotted with emeralds.

The ‘Community Chest’ square was dotted with sapphires.

And on ‘Free Parking’ the car’s rear-lights were rubies.

We should learn from Lizzie Magie and Charles Darrow.

People don’t necessarily want what we think is good for them.

People want to have fun.

(This article was first published on Campaign UK.)