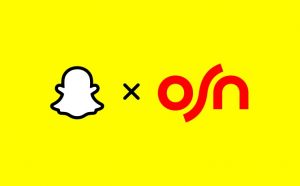 OSN, the region’s leading entertainment network, recently partnered with Snapchat to bring the excitement of its top-rated series and blockbuster movies into the hands of more audiences across the region using the power of augmented reality (AR).

The main goal of the campaign was to increase awareness about OSN’s streaming service, OSN Streaming and drive new subscriptions. As part of the campaign — which ran from April 4 to April 20 — a series of creative Snap Ads were launched to promote must-watch content from HBO and Disney+, including the shows; The Mandalorian, Killing Eve, Grey’s Anatomy, Game of Thrones, and the film, Bohemian Rhapsody. Audiences were also driven to OSN’s various platform offerings including its TV, mobile, and web apps. The ad campaign targeted a huge diversity of demographics in both English and Arabic within the GCC as well as Jordan and Lebanon. Over the course of the campaign, Snapchat delivered 34% of the total purchases and a fifth of all sign-ups.

The campaign included launching a dedicated Snapchat Lens to bring to life the season premiere of the award-winning drama, Killing Eve. The Lens delivered a high level of engagement and reached 2.2M+ unique Snapchatters across the UAE, KSA, and Kuwait.

OSN announced the unveiling of its new streaming service OSN Streaming available on osn.com and OSN mobile and TV apps earlier this April. Featuring a new brand identity and the largest entertainment content ever, OSN now brings an unrivaled offer of quality content through its channels via cable and satellite, and on-demand via its streaming app.

“As well as positively impacting subscriptions, our partnership with Snapchat has opened doors to many new audiences with different viewing interests. The latest collaboration has exceeded our expectations on all fronts – we were also particularly impressed that the campaign achieved an eCPM two times lower than other platforms and a swipe-up rate that was 1.7 times higher. By further exploring opportunities with AR and other engaging ad formats on Snapchat, we look forward to bringing even more incredible viewing experiences to the region” – Sonia Lekhal, CMO, OSN.

“With people locked in at home due to COVID-19, there was an increase in demand for entertainment across all screens, mainly TV and Mobile. At Snapchat we saw an increase of Swipe-up rates for Sponsored Lenses increase by 22% during late March compared to late February and Playtime with Sponsored Lenses has increased by 18%. This increase in engagement combined by the high efficiency of our platform was the perfect formula for OSN to reach a wide audience and drive signups to their streaming service.” – Rasha El Ghoussaini, Manager, Advertiser Solutions, Snap Inc.

The Story:
OSN Streaming campaign was launched in April 2020 to reveal their new Streaming services and partnership with Disney+. Their key objective when launching on Snapchat was to drive awareness about the new service and new subscriptions.

An always on video campaign with snap ads has been running with multiple assets. The content features a mix of the streaming shows from HBO & Disney + such as : Mandalorian, Killing Eve, Game Of Thrones and many more. This allowed OSN to tackle different audiences through an extensive set of creatives.

For the launch of Killing Eve Season 3, a National Lens ran across KSA, UAE and KWT to engage users and drive incremental reach through the Camera.

The National Lens reached in total 2.2M+ unique Snapchatters2 and achieved a Unique Playtime of 24.28s2.