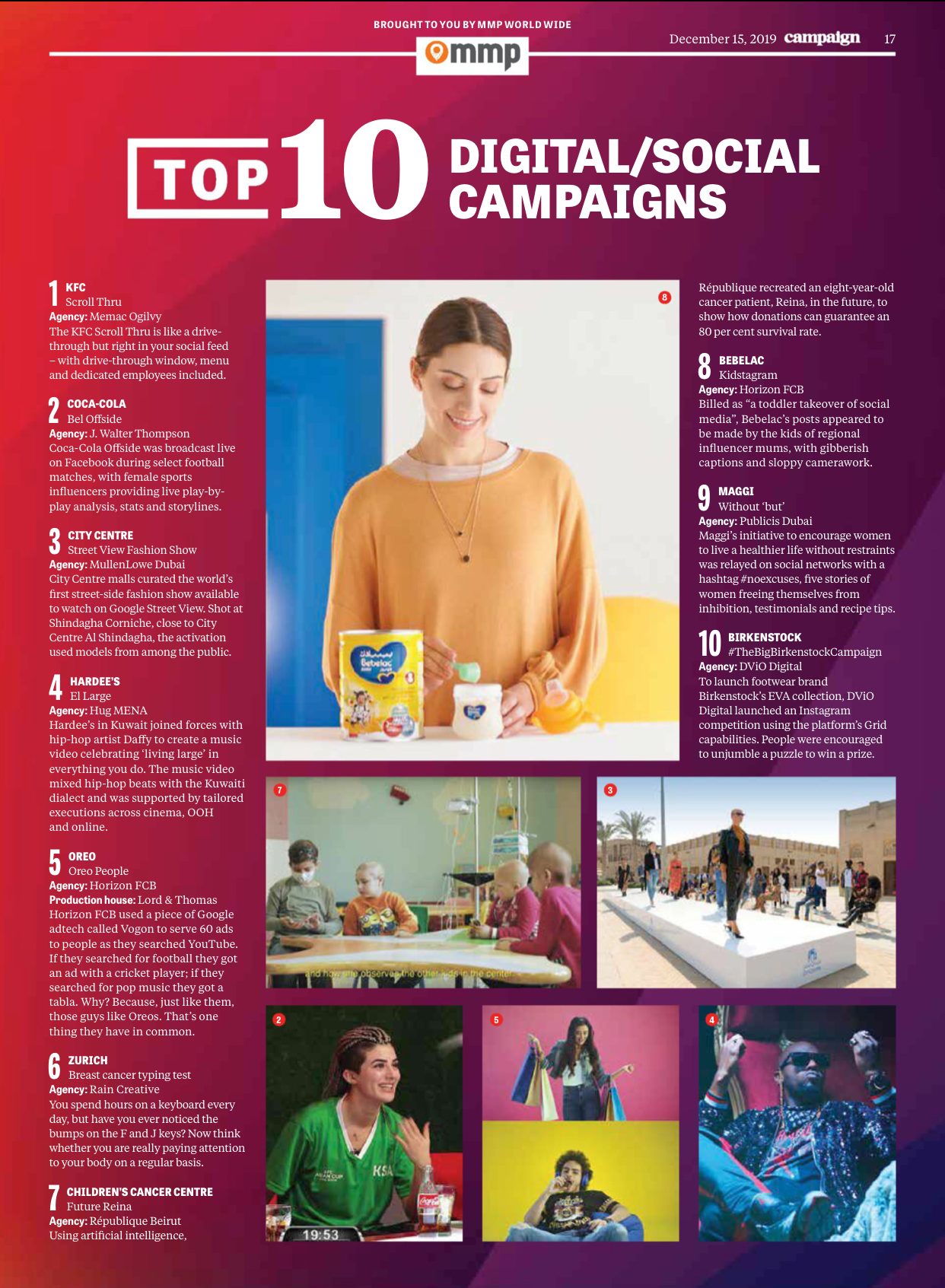 1. KFC
Scroll Thru
Agency: Memac Ogilvy
The KFC Scroll Thru is like a drivethrough but right in your social feed – with drive-through window, menu and dedicated employees included.

4. HARDEE’S
El Large
Agency: Hug MENA
Hardee’s in Kuwait joined forces with hip-hop artist Daﬀ y to create a music video celebrating ‘living large’ in everything you do. The music video mixed hip-hop beats with the Kuwaiti dialect and was supported by tailored executions across cinema, OOH and online.

5. OREO
Oreo People
Agency: Horizon FCB
Production house: Lord & Thomas
Horizon FCB used a piece of Google adtech called Vogon to serve 60 ads to people as they searched YouTube. If they searched for football they got an ad with a cricket player; if they searched for pop music they got a tabla. Why? Because, just like them, those guys like Oreos. That’s one thing they have in common.

6. ZURICH
Breast cancer typing test
Agency: Rain Creative
You spend hours on a keyboard every day, but have you ever noticed the bumps on the F and J keys? Now think whether you are really paying attention to your body on a regular basis.

8. BEBELAC
Kidstagram
Agency: Horizon FCB
Billed as “a toddler takeover of social media”, Bebelac’s posts appeared to be made by the kids of regional inﬂ uencer mums, with gibberish captions and sloppy camerawork.

9. MAGGI
Without ‘but’
Agency: Publicis Dubai
Maggi’s initiative to encourage women to live a healthier life without restraints was relayed on social networks with a hashtag #noexcuses, ﬁve stories of women freeing themselves from inhibition, testimonials and recipe tips.