Blink, and you might miss it, by PHD’s Chandni Varma

PHD’s Chandni Varma, Director of biddable media, explains how the world of programmatic OOH is rapidly going to revolutionise the way brands engage with their consumers. 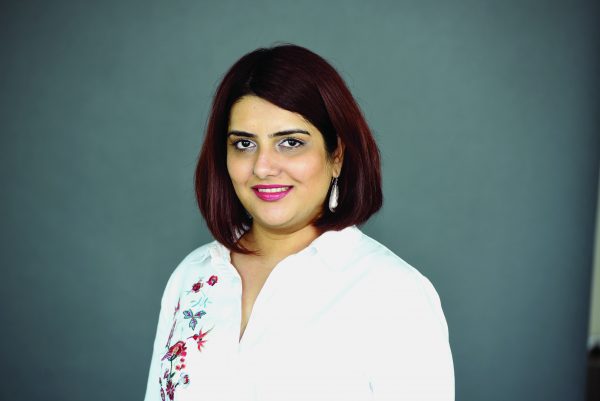 Just as consumer behaviour is constantly evolving, the way we plan and buy media, especially offline media such as OOH, is also changing. All traditional media – be it TV, radio or the mighty OOH – is moving towards digital. But if we closely examine the reality of programmatic digital OOH in this region, it is still only in its infancy. Even in the most progressive markets such as the US, DOOH only makes up 5 per cent of the total OOH inventory. However, it is also worth noting that it constitutes 33 per cent of the total out-of-home ad spend. This speaks volumes about the untapped potential of this medium both for suppliers and for advertisers.

When we get to a point in this region where we have a significant number of digital screens, then we can evolve to an automated buying model.

Despite the UAE being so technologically advanced, there are several reasons why the shift to digital OOH has been slower than in other markets. One of the main reasons is resistance to change. Media planners love traditional billboards so much that they are the go-to medium whenever there is a big brand launch or we need 100 per cent visibility. For many outdoor suppliers, there isn’t an incentive to digitise screens because the costs of digitising a billboard currently outweigh the benefits.

Other reasons include slow creative approval by suppliers ahead of launch. There are multiple DOOH ecosystems here in the region, with a select number of suppliers offering the experience, system and technology needed to make headway. But it’s all about the mindset, and the mindset for programmatic OOH remains undeveloped. As an agency, we believe programmatic OOH can grow the OOH market as it brings more accountability and measurability, which is key to growth.

Consider the YouTube masthead. It is one of the most essential digital formats that exists to create “visibility” online. Since it hit key MENA markets in 2011-12, it behaved like the longest billboard on Sheikh Zayed Road. It could only be purchased directly through Google on a cost-per-day basis and at a very high premium. This is how it operated for the last eight years. Look at the same format today. As the landscape has evolved, Google has made the masthead available on both a CPM and a CPD basis, where CPD is so premium, CPM seems like the obvious choice. The biggest shift is that the CPM masthead allows for the option to use advanced audience targeting solutions that the CPD cannot.

Both have a role to play, but if this format can be customised, and more targeted, it only makes it that much more functional.

Programmatic DOOH will provide unique marketing capabilities because of its use of real-world triggers. Remember the award-winning British Airways #lookup campaign that used digital screens to track planes flying above it, displaying their flight number and departure point? Closer to home, we have seen the Louvre Abu Dhabi Highway Gallery, which cleverly combines an outdoor display ad with a connected indoor audio sensory experience. Programmatic DOOH can use a combination of location intelligence and audience targeting to be relevant while still not being intrusive. If the screen is close enough to the point of sale, for example, it can drive people into stores. This ‘sale’ can be activated in seconds inside a mall, encouraging people to grab last stocks or pointing them in the direction of their favourite coffee shop. A weather update could drive up sales of ice cream, water or cough syrup instantaneously.

The mobile phone in every consumer’s palm constantly gives off data that indicates what kind of person is in which location. This revolutionises DOOH planning as it means buyers can now pick locations they know are most relevant to their target audience. They can now begin to place their DOOH ads in the locations where their audience is present. They can even go so far as to determine how many people have been exposed to their OOH ads and then gone on to visit the desired locations, finally bringing measurability and accountability to OOH media.

In a complex digital world, advertisers have been hungry for immediate, transparent, controlled solutions. With publishers digitally adapting their screens to start using programmatic technology, they have taught the hungry how to fish. At the most basic level, it will enable quicker switching on/off of campaigns, while at its most advanced we may see the ability to contextually target in real-time. It is a win-win for advertisers, who benefit from the transparency and efficiencies of this buying method while driving more revenue for screen owners who are able to run more ads.

The future is perhaps a different question. When OOH ads are bought from the same interface as display, YouTube, audio and TV, it will put a new kind of power in the hands of the buyer, creating fresh possibilities. It took most of the 20th century for prestige OOH locations like Times Square and Piccadilly Circus to transition to digital screens. But, as is always the case in digital media, expect the next transition to come at lightspeed.