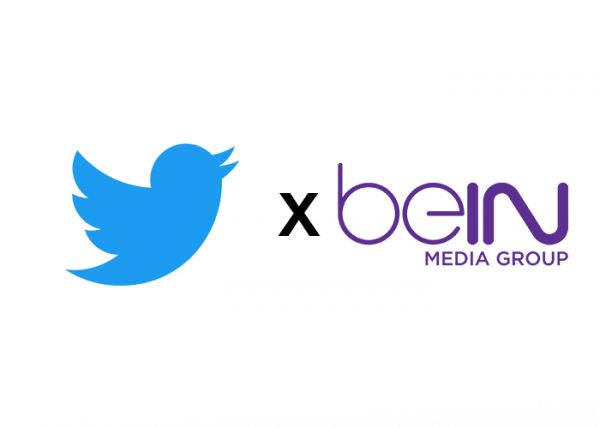 BeIN media group and its flagship channel Bein sports, the official broadcaster of the FIFA World Cup Qatar 2022TM across the Middle East and North Africa (MENA), have partnered with Twitter to share bespoke content throughout the world’s biggest football event, which kicks off in Qatar on 20 November 2022.

Bein sports will be sharing content for regional audiences across Twitter, highlighting the biggest moments throughout the tournament and providing brands and marketers with association opportunities via Twitter Amplify sponsorship. Each match will be highlighted through content clips, one match recap and in-studio analysis, aired through the Bein sports official handle, @beINSPORTS for a total of 320 videos.

“Football is one of the biggest conversations in this region. We’ve witnessed a 74 per cent spike in average monthly football conversations in comparison to the previous 12 months. From Saudi Arabia alone, we’ve seen more than 53 million Tweets about football so far this year,” said Kinda Ibrahim, director – global partnerships, MEA and Turkey, Twitter.

“When Twitter talks sports, the world listens. From firing up fan excitement to meeting fans on their home turf, Twitter is the best place to connect to the moments that get the world talking — right where it’s happening. By working with the region’s biggest sports broadcaster, we are excited to provide near real-time match highlights to die-hard fans who drive the intensity and build a community around one of the most watched global sporting events,” continued Ibrahim.

Commentating on the partnership with Twitter, Faisal Mahmoud Al-Raisi, director of digital, beIN MENA, said: “As one of the leading official broadcasters of the FIFA World Cup Qatar 2022TM in the 24-country MENA region, our talented teams will be working night-and-day to deliver the best content and insight – using the latest cutting-edge technology, so that every fan’s experience is incredible. We are delighted to partner with Twitter for this historic event to do everything we can for our millions of followers across MENA to make memories for a lifetime.”

Twitter partnered with GWI to conduct on-the-ground research to understand the overall sentiment in relation to the FIFA World Cup Qatar 2022TM, talking to over 12,000 people across 12 markets including MENA. Over 261 million people on Twitter follow at least one major football content contributor or speaker and more than 72 per cent of people on Twitter find sports highlights clips appealing reflecting the value of engaging football content on the platform.

With 78 per cent of FIFA World CupTM fans on Twitter saying the platform has content that is unavailable elsewhere, the tie-up with beIN SPORTS will ensure that Twitter remains the place where football lives.