Industry experts predict how iPhone maker will construct its rumored DSP to appease privacy-conscious consumers, regulators and an ad industry disgruntled by its tracking restrictions. 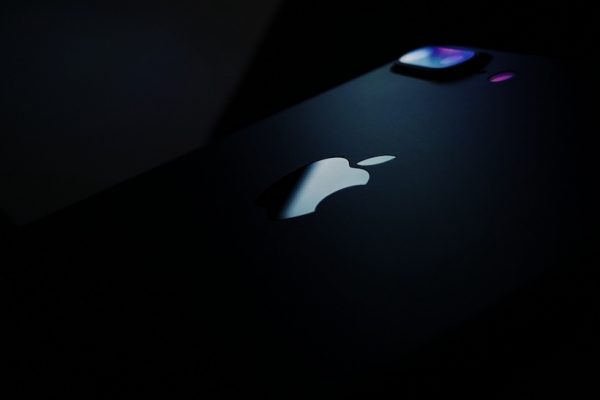 Apple is building what industry observers expect to be a formidable ad business on the back of the data it collects from consumers, but it will face tricky choices as it seeks to protect its stance as an advocate of consumer privacy and avoid further antitrust probes.

Traditional DSPs integrate multiple sources of inventory and data to create targeting efficiencies and scale, but this opens them up to risks of data leakage and privacy violations.

Apple, which has positioned itself as a bastion of user privacy, is expected to initially limit its demand to its owned and operated properties to keep a tight lid on its first-party data.

“Given the ‘privacy-first’ approach, it’s likely that Apple will focus on increasing the monetization of owned opportunities first and potentially third-party app providers within the Apple apps ecosystem second, with a very simple to use and no-frills buy-side platform,” said Wayne Blodwell, founder of The Programmatic Advisory.

The tech giant must also decide how it will allow advertisers to target its users. While privacy laws exist to govern data collection and processing strategies, there are few restrictions within the ad tech ecosystem. In a self-regulated industry, it’s up to the tech giants to decide which targeting categories are fair game and which might constitute a privacy violation.

“What level of privacy are we talking about?” asked Joshua Palau, a seasoned ad exec who is currently SVP of growth marketing and media at LendingTree. “Would Apple restrict targeting all the way down to gender, for example, or would it only allow targeting based on categories — similar to what Google is proposing with Topics?”

“They’ve been on a soap box for a while, so it would feel apt if they choose to only enable non-audience targeting. At the very least, I expect they’ll disallow universal IDs and of course cross-site and cross-app tracking,” she said.

Such restrictions, however, could hamper Apple’s ability to build a profitable ad business.

Apple’s unwillingness to share data and insights frustrated advertisers when it was building out its previous in-app advertising platform, iAd, back in 2010. This contributed to iAd’s failure to gain traction, according to industry observers. Despite lofty ambitions, iAd only managed to capture 6% of the U.S. mobile ad market, according to EMarketer, and was shut down in 2016.

As Google is discovering with its Privacy Sandbox initiative — where progress has been slow — building an attractive offering for advertisers while protecting consumer privacy is a “massive hurdle,” according to Michael Cohen, EVP performance media, Horizon.

“It’s left to be seen what sort of data ingestion and targeting restrictions will be in play as the company will have to reconcile its own focus on privacy and using data and tracking for targeting and optimization,” added David Zapletal, COO at ad tech firm Digital Remedy.

But Apple’s scale provides it an opportunity to build a “powerful” offering that could take a “big bite” out of Google and The Trade Desk, Cohen said. Apple was the world’s largest smartphone seller in Q1 when it captured 62% of the global premium smartphone market. Meanwhile, its Safari browser has surpassed 1 billion users.

“Only Apple has the keys to the operating systems, default browser, and app store that would allow them to build a biddable, privacy-friendly product,” added Travis Lusk, director of Ebiquity Tech.

Apple is expected to grow its ad inventory to fuel the rumored DSP. While its ad business is currently limited to search ads within the App Store, adding streaming and display inventory “is inevitable,” according to Lauri Baker, SVP Strategic Partnerships at Infillion.

“While AppleTV+ is currently ad-free, with Netflix and Disney+ shifting to a hybrid AVOD/SVOD model, we can presume that Apple may be thinking the same. Additionally, its relationship with Major League Baseball and rumored NFL discussions would warrant a more sophisticated ad platform to accommodate automation and machine learning,” said Baker.

Given its treasure trove of first-party data and increasing need to diversify revenues, the industry is not surprised by Apple’s DSP ambitions.

The majority (76% in its most recent quarter) of Apple’s revenue comes from hardware sales, leaving it exposed to supply chain constraints and a saturated market for iPhones. While its product business has been hit by “pockets of softness”, as articulated by CEO Tim Cook during its recent earnings, services is its fastest-growing segment. This includes ads, subscription fees and revenue it generates from app developers.

Apple’s app revenue is also under threat due to recent regulations in the Netherlands and South Korea requiring it to allow third-party payment processors for in-app transactions.

With these headwinds, advertising is “a much more attractive alternative revenue source” for Apple, said Lusk, as a DSP would provide the company with a greater share of ad spend while removing the ad tech tax.

Netflix is similarly looking to advertising to improve its balance sheet after losing subscribers over the last two quarters.

Subhag Oak, SVP of data and intelligence at Amobee, said Apple will aim to replicate the success of Amazon, Google and Microsoft in building ad platforms to better serve marketers.

“Apple has immense demand-side inventory to go along with its huge supply-side customer base. It makes perfect sense for Apple to leverage this advantage by building its own platform to connect both sides of the equation for optimization and efficiency,” he said.

Industry observers compare Apple’s move into advertising to the evolution of retail media networks, built upon comprehensive data on the buying habits of millions of consumers.

“Retail media networks have cropped up everywhere because of all the data the retailers were sitting on, which has created a giant revenue stream for them independent of shoppers,” said Palau. “If you look at Apple, this is a revenue stream that is not dependent on hardware or supply chain.”

Apple’s playbook, according to Lusk, is to take a slow, measured approach.

“Apple’s history has shown that they are rarely a first mover. Whether it’s a computer, a smartphone, a mouse, or a music service, there’s others that have gone before them with varying levels of success. But when they do finally enter a market, they have more smash hits than they do failures,” said Lusk.

Apple must appease more than just consumers as it seeks to grow its ad business. The company has caused major disruptions to the ad industry since its abrupt crackdown on ad tracking last year.

As Google is currently learning, owning a DSP would further entrench Apple’s walled garden, which could lead to additional regulatory probes. “It will be difficult for them not to look anti-competitive as they’re all about their closed ecosystem,” said Palmer.

Even so, while the advertising industry criticizes tech monopolies, it continues to funnel spend in their direction to reach their wide audiences.

“Word has gotten out that iOS inventory is where bargains can be found, due to targeting and tracking challenges. But it’s where affluent consumers spend time,” said Palmer. “Attracting ad budgets should be easy for Apple if its messaging is clear and commercial terms are right.”

“Given the cookiepocalypse there’ll clearly be an appetite from advertisers to use whatever Apple brings to market given their scalability,” Blodwell added.

This article was first seen on Campaign UK