The fast-changing world of social media might be crowded but it hasn’t stopped new players from tapping into niche markets in the region.

Arabic social media sites are attempting to make an impact but only a handful have overcome the uphill struggle to gain momentum on a large scale. Can they raise the stakes and compete in a world being gobbled up by social media giants or will it be a push too far?

Take Watwet, a microblogging site set up in 2008 that once had double the users of Twitter and was one of the first social media platforms launched in the Middle East.

Despite its huge potential, the Jordan-based site closed down three years later as it struggled to keep growing without loyal investors.

The site was the brainchild of George Akra, co-founder of TootCorp, who also launched Ikbis in 2006, a video sharing network, which is still running on a small scale.

“It’s really difficult to maintain social media sites if there is a lack of funding and that’s what happened to us,” he says. “When Facebook was emerging we had very small amount of funds. While there was so much excitement on all social media sites, it was really difficult to maintain ours. We just couldn’t afford to keep Watwet. We had to convince a lot of investors to stay with us. It was really tough, plus the process was slow with technology and we only had three people working on the site. At one point we had double the number of users compared to Twitter in the region and we needed to expand. This took time and we didn’t have the investments, revenue or support. Twitter was growing fast so we had to decide whether to push open the platform to everyone or shut it down.

“With Ikbis we focused on web traffic but we had to scale down with only one person maintaining the site. At one point we had 12 people working on the site and 10 times the web traffic as we do now but again if you don’t have investment you have to scale down. We couldn’t compete with YouTube but only to offer an alternative. Our site is not focused on user-generated content but collaboration.

“We were starting from scratch with Ikbis and we had really good content but then YouTube came out with HD videos and we couldn’t compete with that.”

Flip the coin and it would seem there is a much simpler social media platform which is thriving – forums. One of them is Hawaaworld, dubbed one of the most popular Arabic social media sites for women, especially in Saudi Arabia, which features discussion forums and ‘channels’ on topics such as health, beauty, decoration and childcare.

There have been more than 72 million interactions on the site in the past nine years, from full-time mums, young women, teachers, housekeepers and working mums in the Middle East with a 20 per cent increase in new users year on year. It has clearly impressed Arabic women by giving them what they want, but can it conquer on a global scale?

Omar Hariz, general manager of Net Advantage, who was instrumental in creating Hawaaworld, said: “We are successful in our own right. As a forum we’ve bucked the trend where other forums have not been so successful.

“Indeed forums are a very powerful tool in the Gulf region and specifically in Saudi Arabia and that is due to the cultural barriers that other open platforms cannot cross.

“It works especially well in Saudi Arabia because it’s not an open platform. There is no sharing of photos or videos. It’s focused on topics of discussion rather than personal data. Saudi women know each other by name on the forum. To us its success has been down to the community and human behaviour.”

Omar Christidis, founder and CEO of ArabNet, said Arabic social media platforms will always have a vital role to play but may never have the ability to compete with the major game players.

“I think it’s really tough for social network sites in many ways in the Middle East,” says Christidis. “In some ways it’s the network that makes them interesting and valuable to the user. When Facebook and Twitter came along it built critical mass and it became difficult to move people to a new site from where everyone already is. Facebook can be accessed in Arabic but it doesn’t understand exactly how the Arab world interacts. I think the most prevalent form of Arabic social networking sites are forums. One potential reason why they are successful is that you can remain anonymous to everyone and still give your opinion about something. Another reason is that they are quite simple to participate in and leave a comment on a running conversation. It’s good for those who are experiencing the internet for the first time, as the forum is easy to use. They were extremely popular before Facebook and still are in the Middle East.”

One social media site, set up just over a year ago, is taking a different outlook on the matter. Herve Cuviliez, CEO of Diwanee, spearheaded Wayyana, which caters to the needs of Arab women.

He is not fazed by the likes of Facebook or Twitter and without seeing them as a direct threat he can focus his attention on more important matters such as what his members want – privacy.

It aims to create a safe space for Arab women to share photos, opinions and common interests. Content is personalised based on women’s interests, which in turn helps bring the community closer together. Despite the site getting off to a slow start, which was purposely intended to avoid any kind of anti-climax, the site has attracted 80,000 members from its current domains such as Yasmina, where more than half a million women in the Middle East catch up on the latest beauty and lifestyle trends.

Cuviliez’s main mission is to ensure members can engage with other women in private without getting bored.

“The challenge isn’t with Facebook or Twitter. We can’t compete with media sites that have more than two billion users. The biggest challenge to any social networking site is trying to avoid bringing too much to the surface too early. If there is nothing to do then people will leave.

“We know the demand for women to have a social networking site but we’re not in any hurry. The most important thing is making sure we do it right. If you’re working in a niche market you need to adapt to the local market and know what they want. One of those things is privacy.”

Keeping women’s profiles private from men doesn’t sound like the easiest job in the world but Cuviliez is confident it’s working well with a team of 10 dedicated to the site, where they deem content is king and privacy its queen.

So what happens when men try to access the site?

“We close their accounts. We’ve had men begging to be on the site but we won’t allow it. They have pretended to be women but we can track them down. Facebook is about putting people together – they don’t care about common interest. Our site is based on personalised content and privacy is key.”

Marie Abiad, head of social media and strategic planning manager at MEC MENA, says: “The biggest challenge many Arab social media platforms are facing is the fact the global giants like Facebook and Twitter have witnessed the growing interest in social media among Arab audiences very early on and have made sure to capitalise on this by offering a full Arabic experience to their users. Facebook launched its Arabic version back at the beginning of 2009.

“While globally social networks and microblogging sites such as Facebook, Twitter and LinkedIn have been popular and continue to grow their reach and engagement, in the Arab world the most successful type of social media platform has been forums.

“Today we have well-established Arab forums for women such as Hawaaworld, Sedty and Fatakat, and Kooora and Eqla3 for young men who have hobbies such as football, technology, automotive, business and finance.

“They are mass social media platforms and therefore their targeting is not based on a specific segment or demographic nor is it interest based. While in the region, the most successful Arab platforms target a specific audience with a specific interest.

“When it comes to social networks, the region still lags behind and it’s very challenging for an Arab social media network to stand out and compete with the likes of
Facebook and Twitter as these have a first mover advantage and have built a huge audience over time.

“It’s about offering consumers a different social media experience. One of the reasons forums have been a successful business model in our region is that they offer something that leading global platforms don’t – privacy and anonymity. Female forums provide an exclusive space for Arab women to comfortably share and participate, seek advice from others experiences and share their brand experiences, even going as far as recommending one brand over the other.” 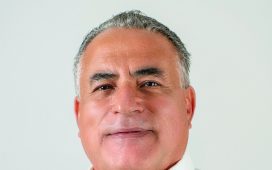 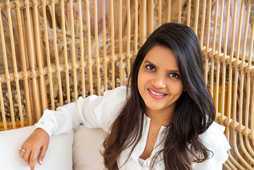 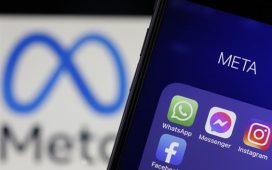 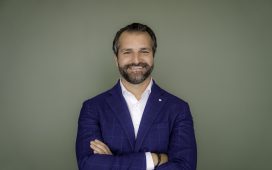 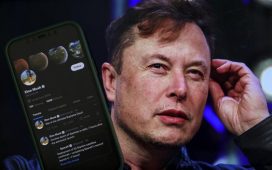 Elon Musk acquires Twitter and reaches out to advertisers 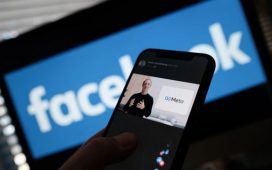 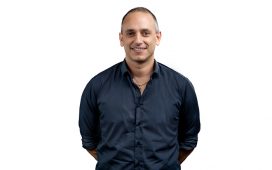