Group M MENA CEO Filip Jabbour says media agencies still have the same ends in mind, but the way they serve their clients will continue to become more sophisticated, driven by demand for addressability and accountability 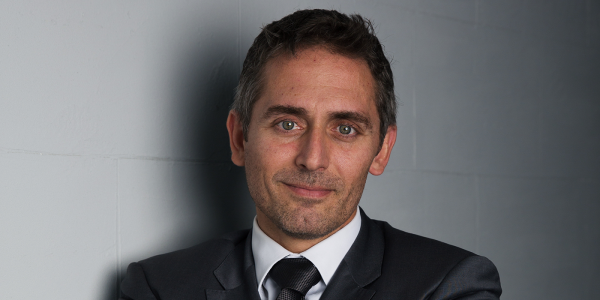 With digital, social and data capabilities becoming central to the narrative of media agencies today, you might be forgiven for thinking the industry has transformed completely in recent years, leaving no trace of what it was when media buying units split from creative agencies some two decades ago. But not so, says Filip Jabbour, CEO of Group M MENA

“In essence we still do what we used to do five or 10 years ago – even 24 years ago, when I started this path, this journey,” he says.

Jabbour spent a large chunk of those years in the Middle East at Leo Burnett and Starcom, before moving to North America with Publicis Groupe in 2012. He was lured back three years ago to be tasked with introducing WPP’s buying agency network Group M – which includes agencies such as Mindshare, Mediacom and Wavemaker – to the MENA region.

“We are changing, like any business,” he says. “But you still want to be able to communicate the right message to the right audience at the right time. The tools, speed and processes by which you do that have changed.”

And it is a moot point whether the industry wants to transform. “It almost doesn’t matter what you think,” says Jabbour. “It’s happened, it’s happening, it’s moving. I always say make things happen or you will wonder what happened, and I’d rather do the former, whether in life or in my company.”

Consumers no longer have only three television channels. They can now block ads and push them aside more easily, but there are also more touchpoints to reach an audience.

“In essence I am trying to sell you a product and tell you why that is important for you,”
says Jabbour.

The move to digital has always been part of Jabbour’s plan for Group M and its agencies. He says: “Ever since I came, my initial draft sheets of what I would like to achieve, despite various ‘distractions’ (let’s call them that) were about building this digital data and tech ecosystem and winning that battle as much as possible, and focusing on that.”

Addressability and accountability are the watchwords of media agencies today, and this is reflected in conversations with clients during pitches for new business.

“When you see the types of questions that come up in the room – especially to me and my counterparts – when you hear these questions you see where the focus areas are starting to shift towards.”

He expands: “It’s all about accountability, finding ways of cross-media measurement, irrespective of whether that already exists or not, or to what extent. How can visualisation and analytics and dashboarding give [clients] the ability to make quicker decisions that positively affect their bottom line?”

He says familiar questions about media split analysis and media selection are critical and will always be there, but “have almost become a given within the arsenal of services that you have”. They are where Group M and its competitors can try to show comparative advantage, but competitive advantage comes from crunching data.

Changes in the industry are reflected in the changing roles within media agencies.

“It is an interesting and challenging time because it is getting us to continuously learn and unlearn new things,” says Jabbour. “You look around the agencies now and see some of the business cards, some of the vernacular there. You would never have thought these would exist in a media agency, or even an ad agency before.”

Jabbour is on the board of the industry body that is looking to reintroduce people meters to monitor television viewing in Saudi Arabia. After a short stint, a fledgling project in the kingdom failed to find its feet and was shuttered, but – Jabbour hopes – not for long.

The board is “very dedicated”, he says. It consists of agency heads, clients, media owners and independent academics, and has been working on the project for almost a year.

“We want to save this project,” says Jabbour. The board has issued RFPs, and expects initial bids to be in by the end of August. “There will be a selection process and once a particular winner is announced there will be the set-up, the [installation of] technologies and the field work. But hopefully it will happen in 2019,” he says.

People meters will provide much more accurate viewership data, but that is just the start, says Jabbour. “What a lot of people don’t realise – and it’s probably early days right now to think about – but it’s going to influence all of our lives in a sense. It’s not just about getting data that’s more accurate.”

They will bring about change in the way the industry does business, he says. “Clients need to be better educated in how to read, evaluate and work with their agencies on optimising that data, and hopefully – which is what we are also trying to do – making sure that it is measurable, and we can identify cross-channel (between TV and digital), cross-media performance.”

People meters will change the way agencies buy, as well, changing how they optimise their buying. They will begin to change how they manage compensation for over- and under-delivery.

“And vendors – the media owners or media reps – will have to sell differently as well,” says Jabbour. “Today you do an up-front deal that is pretty much based on up-front data or the current methodology, but going forward that will also change a lot.”

Big tech players like Facebook and Google are also involved and supportive. Jabbour says: “They also understand that ultimately you want to measure video, and TV is so important just like their platforms are important. As a client, an advertiser, unless you can work towards having better and clear accountability
of how [TV and digital] affect one another, neither side stands to gain.”

“I started working here in 1994; let’s get Saudi [people meters] running,” says Jabbour. “I don’t want to be cynical, but I want it to happen, I want that to be part of my legacy. Not just my individual legacy, but I’m part of a team that contributed to push to make this happen, because we have been far too long without it.”

Although people meters are in place in Lebanon, the UAE has long struggled to introduce them. The difficulties the region has had reflect wider issues with the gathering, sharing and processing of data.

“As a region, [MENA] is obviously a bit behind more developed markets, but that’s not an excuse,” says Jabbour. “We have enough data. We are not data-poor as an industry; we are data-inefficient.” He says one reason is cultural: “Historically sharing of data was not something that came naturally.”

But he adds: “In the new digital space, holding knowledge is no longer power. Power is actually sharing knowledge and growing the whole ecosystem so everybody grows. That’s the new way, and this sort of behaviour are coming about as a result of the digital revolution.”

Another side to that revolution is that media agencies have creative capabilities now, especially for social media. “That was never the case before, but this is where we are going, because a lot of the media is turning digital,” says Jabbour. “As such, a lot of the lines that historically existed between different channels and what agency each channel belongs to are also becoming blurred.”

Sir Martin Sorrell, WPP’s global CEO, recently left the holding group. And his successors have been quick to push his philosophy of ‘horizontality’ away. But although the phrase may be out of favour, the notion of agencies within groups working closer together is alive and well.

“If you look globally at how all agency groups and holding groups are behaving, it’s almost going back full circle to where we started in this industry,” says Jabbour. They are acting more as a unified whole, as they did in the Mad Men days before specialisms such as media, public relations, research and, later, digital and social began to branch off into separate companies or business units.

“At the end of the day, clients want solutions,” explains Jabbour. “They are not interested in [agency] brands and branding and multiple contracts and multiple procurements. They want a solution to a problem, and if I [as a client] can access a group and get the best in class, that’s what I will do.”

Jabbour will shape his agencies to serve those clients’ needs. Even though the end goal may be the same as ever, the way that goal is achieved is changing before our eyes.

“Amazon sold books and tapes; now they are producing Hollywood movies,” says Jabbour. Everybody changes. It is human nature not to like change, but change is inevitable. And it’s needed.”