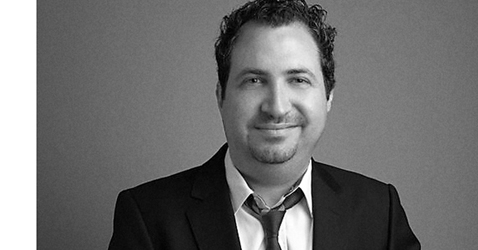 He will be responsible for leading the agency’s creative team and will work closely with chief creative officer Walid Kanaan, who joined TBWA\Raad in September last year. Both had previously worked together at Impact BBDO.

The move is part of TBWA\Raad’s bid to boost its creative leadership team.

“Fouad’s expertise and innovative thinking will fulfil our vision and amplify the agency’s disruptive nature,” said Kanaan. “His impressive track-record of key business wins and leading teams working on sought-after brands is definitely a great asset to our Dubai creative hub. We’re building our creative prowess with visionary minds that can not only predict the future of brands but shape the future.”

Abdel Malak previously worked at TBWA\Raad as a creative director from 2002 until 2010, before moving to become executive creative director at Impact BBDO Dubai. He then quit advertising altogether to become chief executive of Olive Roots in 2014. There he helped create and launch Zizo, a Lebanese restaurant franchise in India.

Reda Raad, CEO of TBWA\Raad Middle East, added: “I’ve had the privilege of working with Fouad for eight years and it’s great to be welcoming back one of our own. Disruption is a brave, bold, ambitious way of driving the evolution of 21st century brands and Fouad has the passion and determination needed to make it happen. We know that with him at the helm we will deliver relevant and provocative work that drives business.”

Abdel Malak, who has over 15 years of experience in the region, said: “It’s great to return to my true passion, this is like coming home. It was inevitable to return to TBWA\Raad, where my love for disruption began. TBWA\Raad has always challenged the norms in the industry and now we stand at the precipice of change.”

TBWA\Raad was established in 2000 by Ramzi Raad. The network operates a team of more than 1,000 people across four main divisions – advertising, digital, shopper marketing and public relations.