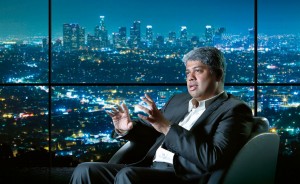 On 30 January, if your radio was tuned to 106.2 in the UAE you would have been among the first to hear Big FM. Until 15 December it was home to another Hindi-language station, Hum, but since then the Umm Al Quwain-owned frequency had been playing only ads, music and cricket commentary while its new tenants got ready to bring their DJs to the air for the first time.

The launch is only the second time Indian television broadcaster Zee Entertainment has ventured into radio. It bought a 49 per cent stake in Big FM in India, which operates about 50 stations, and had previously been owned by mega-conglomerate Reliance Capital. It will complete the buyout after a lock-in period expires in 2020.

In the UAE, Zee took over the broadcast licence when Sharjah-based Hum decided not to renew its contract.

Zee Entertainment first launched in the Middle East in 1994, ‘skimming’ its Indian programming with local commercials. Ten years later it began broadcasting specifically to the local market, and in 2008 launched Zee Aflam, which added Arabic dubbing and subtitles to Bollywood films. In 2012 Zee Alwan launched, offering Arabic series as well as dubbed Indian, Turkish and Eastern European ones.

In 2015, says Zee Entertainment’s Middle East and Asia Pacific CEO Mukund Cairae, the broadcaster anticipated an economic slowdown. Looking back at the financial crash of 2008 it saw that radio had been one of the least affected forms of media, and decided to invest in that area.

“It’s extremely affordable and it’s exceedingly local, and it’s therefore so much more targeted,” says Cairae of radio. “And because you spend at least an hour to an hour and a half in this part of the world in your car, you are a captive and a very highly engaged audience.”

Radio advertising is worth $130m net in the region, he says. Big FM, which will be targeted firmly at middle-class South Asian expatriates (on monthly salaries of AED7,000 [$1,900] and more, aged 25-44), will feature DJs who have already made a name for themselves as singers in Bollywood. Cairae hopes Big’s unique format will allow it to take a slice of the $30m-worth of Hindi broadcasting now shared between five rivals. Currently City is the biggest earner, says the CEO, followed by Radio 4 Ajman and Radio Mirchi, then Suno, then Spice Radio. Hum had been earning similar revenues to Spice; Big will compete with City.

Zee will use its television stations to promote its radio, as well as media space bought through existing partner agencies. Creative, says Cairae, will be done through local boutique shops.

Big will broadcast from the Zee-branded building in Dubai Media City. “The original plan for Zee Tower was to have a TV studio on the ground floor, but the crash hit in 2007-08, so we put it off,” says Cairae. Programming will include a range of Indian music, from Bollywood hits to more laid-back Sufi songs, broadcast from those studios and from India. There will also be cricket coverage. “We intend to do commentary ball-by-ball only on T20s,” says Cairae. “For one day internationals, etcetera, we will be doing updates only.”

The transmission masts are situated in Umm Al Quwain, giving coverage from Abu Dhabi’s western border with Saudi Arabia to the Hajjar Mountains in Ras Al Khaimah to the north.

The Hindi station is “step one”, says Cairae. Zee plans to launch two more stations on top of Big, in Malayalam and Tamil. “And we are having extensive talks even for English,” he adds. “The largest number of listeners in the UAE, because of the population, are Indians. But Indians listen to English music. So if you ask me if it is going to be an English channel with an Indian twist, no; it’s going to be an Indian channel the way an Indian wants to listen to it.”

Zee has not yet secured the frequencies on which to launch those stations but is in talks with more than one emirate – each has an allocation of frequencies it may lease out – and Cairae is ‘hopeful’ of working further with UAQ Broadcasting.

The contract for Big’s use of the 106.2 frequency will last 10 years. Dubai and Abu Dhabi have no frequencies currently available, even though last year Gulf News Broadcasting closed its radio stations after failing to come to an agreement with Abu Dhabi Media to renew its licences for Radio 1 and Radio 2. Abu Dhabi Media said last July it would relaunch the stations in September, but that is yet to happen.

Zee is also moving into digital, with a platform due to launch before Ramadan, says Cairae. This will be an ad-funded site allowing viewers to stream Zee’s television content, especially Zee Alwan, which was “obscenely huge” online. Zee last year closed its YouTube channel, believing it could better monetise the 823 million views it had received. A 30-member digital team has been recruited, and a digital radio platform should be on air by the start of April.

Zee is also moving into Arabic television production, with work on a sit com and a drama series due to star shooting in Lebanon and Egypt, ready for a launch in the fourth quarter.