What will App Tracking Transparency change for your ad campaigns? By Gamned’s Yves-Michel Gabay 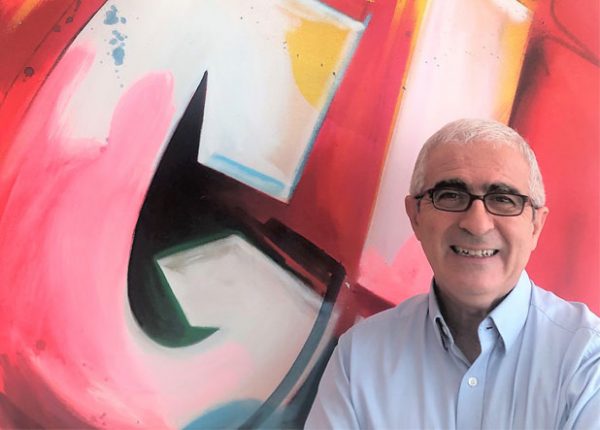 Since April 25, Apple has finally released its iOS 14.5 version, and with it, the so-called “App Tracking Transparency” feature. And rumour has it that this feature is a true revolution for advertisers!

Take a deep breath: as with any paradigm shift, it’s just a matter of understanding what to expect, and how to deal with it.

What will the consequences of ATT be on your audience’s user interface? Which changes should you expect to see in your advertising campaigns? Which alternatives can you set up to keep achieving your marketing goals?

To help you answer these questions, here’s a comprehensive overview of the App Tracking Transparency feature for advertisers.

What is the App Tracking Transparency feature?

You may have heard that, on April 26, Apple released its iOS 14.5 update for any recent iPhone and iPad, as well as for any Apple TV running on tvOS 14.5. Among the new features included in this update, one of them has become a hot topic in the marketing community: App Tracking Transparency (also called ATT). 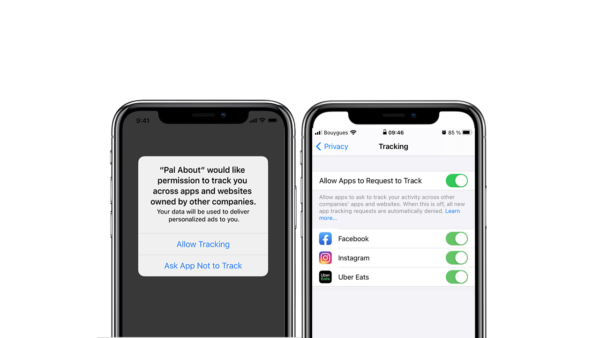 The principle of App Tracking Transparency is simple: iOS mobile applications will now have to ask users for permission to access their browsing data, as soon as the app is downloaded, in the mobile device’s interface itself, through push notifications. Users are now able to accept or refuse to share some of their data with the mobile application.

As a result, apps will no longer be able to access the so-called IDFA (IDentifier For Advertisers). And that’s where the marketing community’s concerns come from: this unique advertising identifier was the element that allowed them to track users, and to send them ads based on their app-related behaviour.

To put it in a nutshell, users of the latest version of iOS14 that have refused to share their IFDA with an app will still see ads – but those won’t be as targeted and personalized as before. That’s why advertisers fear an impact on their audience’s User Experience.

What are the impacts of ATT on advertising campaigns?

If you take a look at the specialized media, you’ll see that the App Tracking Transparency announcement provoked waves of reactions from various programmatic advertising players. You can’t have missed Facebook’s reaction, and how it expressed its views on the potential effects of ATT on its UX.

Many of these actors consider that ATT will affect Apple’s competition, while the company claims to defend one of the “fundamental rights” of its users.

But what will the real impacts of the App Tracking Transparency be on your advertising strategy?

Which kinds of ad campaigns are concerned?

First off, it’s important to understand that all your ads won’t be concerned with this iOS mutation.

Only ad networks that have a mobile app on iOS 14.5 will be affected – including some with millions of daily users. Namely, ATT will affect…

Note that only mobile apps on mobile devices using iOS 14.5 and later versions are affected. This means you won’t see ATT’s effect on programmatic campaigns on desktop, nor on those distributed on Android apps.

What are the real implications for ad networks and advertisers?

From the publishers’ point of view, there will be consequences…

From the advertisers’ point of view, the impacts will concern…

However, it’s important to understand that those impacts will only apply to a very small portion of your mobile advertising strategy.

Indeed, in May 2021, only 26 per cent of worldwide smartphone users used iOS – most of the mobile devices running on the Android operating system. Moreover, among those 26 per cent iOS users, very few have downloaded the new 14.5 version or the later ones: so very few are concerned with App Tracking Transparency for now. Not to mention that perhaps only a small portion of those users will refuse to share their data.

Of course, eventually, more and more Apple mobile users will be affected by this update. However, rest assured that alternatives to ensure your overall programmatic strategy’s performance exists.

Which alternatives can ensure your campaign’s performance?

For now, our experts have spotted two alternatives that will help your campaigns still generate measurable results.

On the one hand, Apple has already launched the SKAdNetwork. It is an equivalent of Google’s sandbox, which will allow advertisers to still track the performance of their campaigns. This system will aggregate information (on campaigns, volumes, events…) and limit ATT’s impact on performance tracking.

On the other hand, Mobile Measurement Partners (MMP or SDK with an attribution feature) are currently working on creating algorithmic alternatives, to allow advertisers to do attribution again with criteria such as device type, connexion, or IP address.

Overall, to prepare for the changes induced by App Tracking Transparency, you need to think about the impact that iOS 14.5 will have on your campaigns, and how to adapt your programmatic strategy accordingly.

One of the first pieces of advice from our experts is to concentrate your budgets, by targeting and measuring what can be targeted and measurable. For instance, you can choose to exclude iOS 14.5 and later versions users from your campaigns, to ensure that you’re still broadcasting well-personalized ads.

Need a hand to prepare for ATT, and ensure you have the best digital advertising strategy set up for this new version of iOS? Contact our Gamned! experts right now.