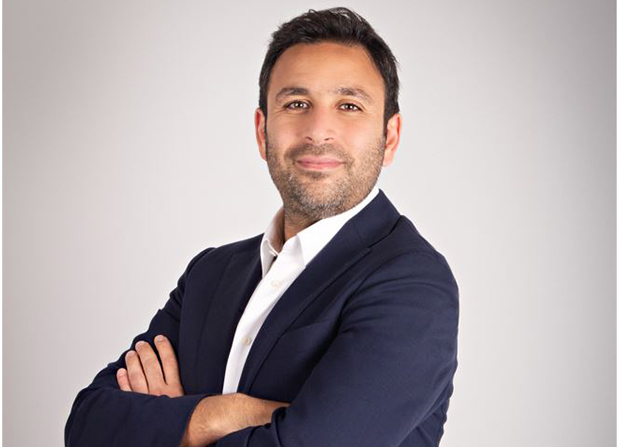 20 years ago I was a fresh-faced high school graduate leaving Dubai and bound for Beirut to start college. It seems a lifetime ago, an entirely different world in so many respects. That same year, 2002, also marked the beginning of CNN Arabic. Inaugurated at the freshly opened Dubai Media City and visited pre-launch by Queen Rania of Jordan, this was the vision of Rani Raad, now President of CNN Worldwide Commercial, and Caroline Faraj, who oversees CNN’s Arabic services to this day. At the heart of CNN’s new Arabic language, digital service was an ambition to reach, engage, better represent and understand those of us who speak one of the world’s most popular languages.

As I progressed through college, the Arab world changed dramatically. The Middle East was shaken with conflict and ever-changing geopolitics, many of which continue to play out today. And the world of media and the way we communicate changed forever, most notably when Steve Jobs unveiled in 2007 one of the great game-changers of the modern era. The advent of the smartphone unleashed a whole wealth of connectivity and creativity. People all over the world developed new habits, driving all manner of businesses – particularly those in tech and media – to adapt their strategies in the way they serve consumers.

The smartphone had a disproportionate impact in the Middle East. Associated with the dramatic change across the Middle East and North Africa in 2011 and 2012, smartphones and social media proved to be powerful in the hands of the region’s youth. Starting my media career in 2007 meant that I had a front-row seat to the change that mobile had on the advertising industry – it has been a component of almost every campaign I’ve ever worked on, whether that was the agency, brand or now media side. I recall that widespread acceptance across the industry took time; but the transformation of media consumption habits across audiences and geographies, in such a short span of time, was a true phenomenon. And no wonder why – with large proportions of the population under 30, the Arab world has been more even more eager to embrace mobile technology than just about anyone else. This further accelerated during the pandemic, with 75% of people in the Middle East saying that their usage of social media continues to increase in the last couple of years.

CNN Arabic, born many years before as a digital-first brand, had evolved over time to be perfectly positioned to engage with this audience base hungry for news they could access by pulling their phone out of their pocket. As a result, we have grown our audience by 150% in the last six years, with 2021 being our biggest ever audience year. Growth is mostly driven by mobile, which accounts for around 90% of our traffic. Take Saudi Arabia as an example – we have increased our daily audience in the Kingdom by 30% in just the last year, again much of this from a young population with high smartphone usage.

We took the opportunity of CNN Arabic’s 20 year anniversary to commission third-party research to examine more closely the choices that news consumers make. Researchers found that Arab audiences are particularly looking for credible, trustworthy news, with 70% of news consumers who speak Arabic and English saying that it’s extremely important for a news brand to be independent. In terms of subject matter – topics of major interest are global news, local news, health and politics. This is something we can verify from CNN Arabic as we have seen huge popularity amongst audiences for stories around Covid, US politics, Dubai Expo 2020 and health stories. Arab audiences want to be represented in the news they consume but they also want a global perspective that gives further context.

However, the advent of technology doesn’t come without perils. The ease of publishing, discovering and sharing content has led to huge rises in misinformation that can cause great harm. In this environment, media literacy and access to trusted news is even more vital. No surprise then that major publishers saw huge uplifts in the audience during the pandemic and why we at CNN follow the mantra ‘Facts First’. We share our knowledge in this area through a host of regional partnerships – this includes the Abdulla Al Ghurair Foundation for Education and the Sharjah Press Club to help upskill young people in media and journalism skills, as well as embarking on a new partnership with UN Women that will use the power of the media to support the acceleration of gender equality, financial inclusion and female employment throughout the Arab world.

The special relationship that consumers have with trusted news media also benefits advertisers – over half of CNN Arabic consumers have investigated a brand or topic further after consuming content on CNN Arabic. A brand such as CNN has a wide-reaching impact – the way we tell stories has the ability to move markets, change policies and shape opinions. Advertisers are increasingly seeing the benefits – and the results – of being associated with a platform and a brand that has this type of impact.

As media looks to the future, it’s vital that we continue to evolve in the way we connect with audiences. The advent of new technologies such as 5G and the interest in innovations such as the metaverse will present new opportunities for media, advertisers and consumers alike. However, as we march forward, let’s never forget the important lessons of the past. These are borne out in trend data and the research we commissioned: there will always be a place for trusted news, even though the format, delivery and distribution will inevitably change. With this sentiment, we are incredibly proud of everything that CNN Arabic has achieved in the last two decades, and we look forward with optimism and excitement at what the future holds for us, our advertisers and audiences.