Kevin Taylor is a former police hostage negotiator. Here, he explains how people should prepare for the new social norms post lockdown. 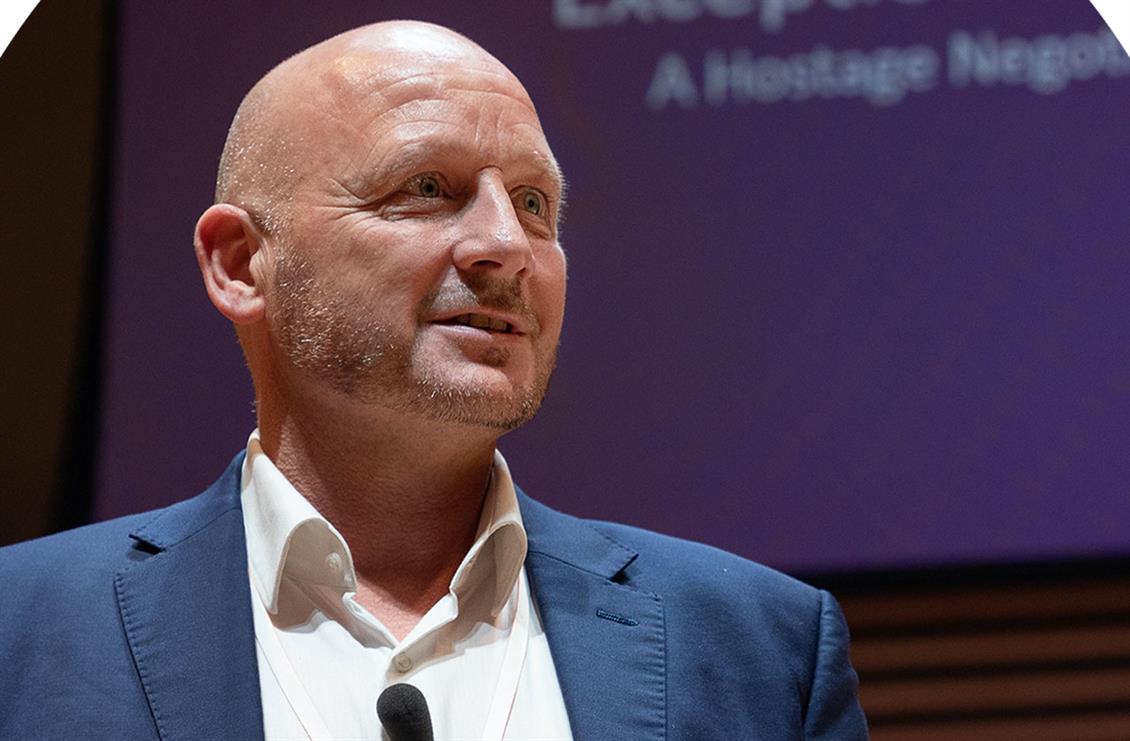 Some things really focus the mind. When Kevin Taylor was on a routine car chase as a traffic police officer, he found himself with a military-grade automatic gun rammed into his mouth. It was a life-changing experience.

“There was a realisation of death. I mentally said goodbye to my wife and children,” he says. Luckily his police radio kept transmitting his colleagues’ calls for status updates. It distracted the perpetrator, who eventually ran off and left Taylor unharmed.

The experience changed the course of his career, as he moved off the traffic beat and became a police hostage negotiator. He completed training with the FBI and led Greater Manchester’s Police Hostage and Negotiation Team, working in challenging situations including kidnaps, barricade sieges, suicide interventions and high-risk offenders at large.

His background has given him a unique insight into people and what makes them tick. It’s why, last year, Interpublic-owned experiential agency Momentum asked Taylor to help their staff who were returning from furlough. And, as the country slowly starts opening up again, he has some advice on how to navigate the murky new social waters.

Taylor believes the full impact of the Covid pandemic on people’s mental health has not yet been recognised. This is, in part, to do with the continued blurring of lines between home and work, and the lack of decompression time from the commute. “People think that because they are saving time on the commute, they’ll just work a little bit longer,” he says, but he cautions against this gradual increase in workload or as he calls it, “creep”.

“Creep in the negotiator world can be fatal. To begin with, you can hear the person you are negotiating with OK, but then they start speaking more quietly. You miss part of what they say, so you take half a step towards them. This keeps happening to the point when you are too close and you’ve unknowingly put yourself in danger,” he says.

“The same is true in the corporate world. People work longer hours and don’t notice it until it harms them.”

The idea that sending late-night emails is a badge of honour needs to stop, especially if you are a leader, he argues. “In the world, I’ve come from, I always asked my team if you don’t send that email, will anyone die? If the answer is no, why are you sending it?” He urges leaders to schedule emails to arrive during work hours so you don’t place pressure on your team to respond.

The most important thing to recognise when returning to the workplace or meeting people again is that everyone’s experience of the pandemic has been different. Some people might feel frustrated if others aren’t switching their cameras on during group calls. “But have you ever thought why their camera might not be on? Maybe their lunch is on the wall behind them where it was thrown at their head. Or they have a black eye today. Home is not a sanctuary for everyone,” he says.

He adds that some people will have really struggled during furlough and be envious of those who have continued to work. Those who have continued to work may have struggled to do the work of several people and feel resentful of those who have been able to enjoy what they see as a holiday. Some may think those living in big houses are doing fine, but they could be on the verge of having to sell because they can’t afford the mortgage. Everybody has a different set of circumstances.

When people return to a workplace or physical meetings, “there needs to be a complete reset of team dynamics”, Taylor says. “Everyone will come back with different mindsets and be applying their own values to others’ experiences,” he says. It could quickly become combative as people’s natural reaction is to defend their own positions. There will likely be irrational outbursts and difficult first conversations.

The one thing Taylor urges everyone to do is to take the time to understand how the pandemic has affected you, and do the following exercise to understand yourself better.

“This is an uncomfortable thing to do, but having that knowledge and emotional awareness of yourself will help you deal with other people,” he says.

“If you are fed up, understand that and how it is impacting on you. Understand how your emotions are driving your behaviour. This will help you catch your behaviour and understand why things are winding you up,” he says.

“In the negotiator world, we call it ‘leaking’. Our tone or delivery will change. Words might be clipped. Energy will spike on a word. But this will start to unravel relationships.”

It’s why negotiators work hard to really understand their own trigger points so they don’t derail a conversation.

There have certainly been huge emotional challenges over the past 15 months. When people start to return to offices or start seeing colleagues in person, Taylor says: “There’s a danger people will walk in thinking people will be the same. But it is effectively a new team, so much has changed. Everyone needs to adjust to the new normal. Normal will be different.”