“Wathiqat Sharaf” is a Pan Arab original production by Weyyak. 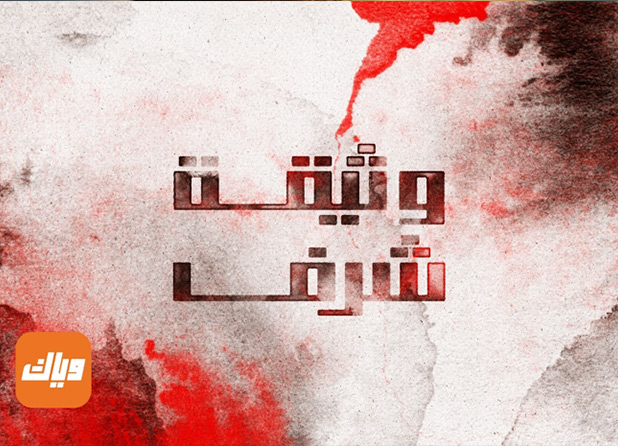 In 2021, many of the released originals by Weyyak went viral amongst fans of the Syrian drama and the Pan Arab content lovers. Originals, such as Chicago Street, which belong to the drama series genres witnessed a huge success. Similarly, the social entertainment cookery show Layla Andi Bl Bait was a widely watched first-time concept.

On the 24th of November 2021, in Damascus, Syria, Weyyak celebrated the official launch of the upcoming series Original “Wathiqat Sharaf ” which is set to launch on the 16th of January 2022.

Weyyak is pleased to present this original production, which includes some of the most prominent and popular stars of the Syrian drama. The elite cast consists of Salloum Haddad, Mahyar Kaddour, Suzan Najm Aldeen, Amal Arafa, Ayman Reda, Nazli Al Rawas, Salma Almasri among many others. The series is directed by the talented Bassem Al Salka who was one of the first directors to present short series in the Arab world through “Al-Ameed”. Wathiqat Sharaf is a short work format of 10 episodes, which have recently become a very attractive viewing material to Arab viewers. For the first time in the Arab region, “Wathiqat Sharaf” is filmed using the highest available quality in the industry, the 6K technology.

“Wathiqat Sharaf” illustrates the story of four friends who belong to different environments and who signed a “document of honor” pledging loyalty and devotion to each other. The pact goes unheeded at their first real test and their friendship turns into a bloody conflict triggered by money and women.

“We are excited to announce the release of Wathiqat Sharaf. It is a part of our strategy to expand our Share of Voice in the Arabic original production’s pie. The scenario is full of suspense and unexpected events and the selection of the cast was very relevant to the roles in the series. We are confident that this series will be highly liked by Arab users globally. There is strong competition between global platforms and production houses, everyone aims to attract viewers to watch their content. Therefore, we are keen to provide the best local dramas and the most amazing viewing experience to our audience.” Nadine Samra, CBO – Weyyak for the Middle East, and North Africa.