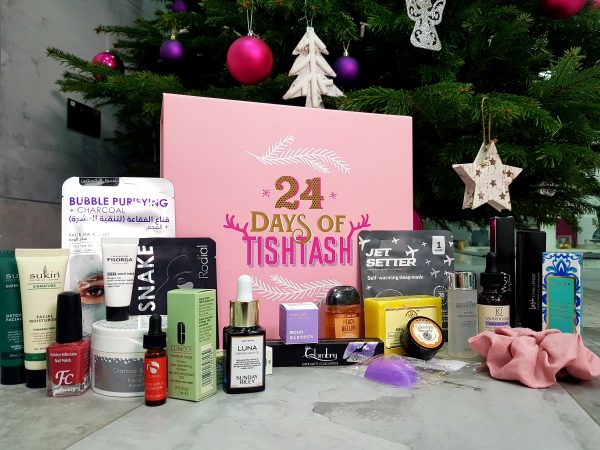 TishTash PR & Marketing launched “24 Days of TishTash” – the region’s first agency advent calendar, this festive season. In appreciation of the support of selected media and influencers, the agency released 100 boxes filled to the brim with an array of the latest beauty, health and wellness treats.

Being the first PR agency in the industry to launch a beauty advent calendar, TishTash aims to lift the spirits, and thank those who have truly offered their greatest support during this difficult year. The calendar features 24 beauty and self-care products handpicked by the agency and delivered to media friends and influencers. In a time where social gatherings are restricted, this special advent calendar is the ultimate TishTash solution to end the year on a positive note of gratitude.

Since the delivery of the first boxes, social media coverage has been impressive with more than 200 engagements on the first day of deliveries. While the total social media reach is still unknown, the advent calendar campaign is set to create quite an impact whilst also focusing on sharing messages of thanks during the festive season.

Known for their creative strategies and unconventional approach to PR, the advent calendar campaign comes quickly after the launch of a number of TishTash Covid-safe campaigns over recent months. In September TishTash launched the #TishTashThru, a unique multi-brand drive-thru event, that unlike anything done before, was attended by more than 200 influencers and media, generated a combined audience of over two million. Most recently TishTash found another exciting way to build awareness for their clients, with a Dubai wide treasure hunt called #TishTashTrove which was attended by 100 influencers and media in the market.