Podcasts continue to bring value for brands as they grow in the Middle East, Chirag Desai tells Campaign. The founder of Amaeya Media examines the medium after the third anniversary of the regional podcast network.

The podcast medium is still relatively new in the MENA region and there’s still the need for more education and lots of work to grow it to an international level. Podcasts are big business worldwide, however, the added value of making them locally is that it gives the stories a Middle East context, says Chirag Desai.

Desai is the founder of Amaeya Media. The podcast network celebrated its third birthday this past November, one of several milestones that include producing and publishing more than 10,000 minutes of audio across more than 500 episodes of 16 shows in both English and Arabic. Desai had the vision of creating a podcast network that allowed him to be flexible in terms of topic choice. He says: “I want to explore as many different topics as I can.” 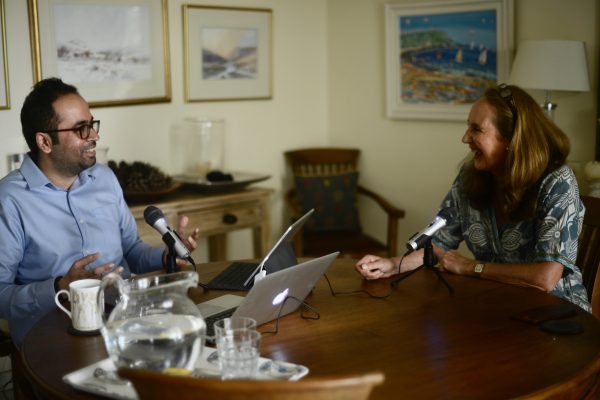 Amaeya media’s shows have a wide range of subjects, from ecology and environmental awareness to stories of entrepreneurs making it big. For instance, in The Two Vegans and Forward Talks sustainability becomes the main subject, as it is in many industry’s agendas.

“You have something like a pandemic happening and everybody’s eyes open,” says Chirag of the sustainability issues Covid-19 raised.

The State of the Industry 2019 report by Amaeya Media includes a survey of listener preferences and habits. One of the problems identified in the survey is how podcasts are difficult to discover for users. The UAE, as an expat-heavy country, has many listeners more connected with shows from home. Many people have Apple IDs registered in their home countries, which affects the browsing tab in Apple Podcasts. With 42 per cent market share, this is the predominant podcast player.

Non-Apple podcast listeners tune in via Spotify (26 per cent) or Google Podcasts (19 per cent). They too are also usually directed to globally trending shows, or algorithms suggest ‘similar’ shows to those already selected, compounding the problem.

In comparison, less than 4 per cent of respondents browsed on Anghami, the only regional streaming service, which carries in excess of 300 shows that are predominantly from the region.

The report concludes that podcasting in the region is still at a nascent stage. However, significant growth is expected – in the number of both shows and listeners. And, just as podcasts have been noticed by brands globally, the region can expect more collaborations to arise with local content.

Amaeya produces independent shows but also works with partners to produce branded content. One example is The Journey, a collaboration with Volkswagen where successful people tell their stories as a source of inspiration. In the show, Volkswagen is mentioned once at the start and once at the end and no conversation is about cars. But the shows create value for what the brand stands for.

Big brands use this medium to leverage their brand identity and mission statement, going beyond mere brand awareness. Chirag says the format of The Journey is the first project in the MENA region and the world to use its multimedia mix of podcast and video.

The report found that locally, “among those willing to listen to branded content, 71 per cent said they would listen as long as the content was well-produced, while 21.8 per cent said they would do so only if they identified with the brand in some way”. The result is that branded content still relies on the same principle that works for non-branded shows: a strong focus on the content.

Brands should integrate podcasts as part of a long-term communications strategy. Whether by creating new shows or advertising in existing ones, brands in the region still have a lot to work with and a lot of work to do maximise the potential of podcasts.

The podcasting medium is making a lot of noise globally, with announcements such as Spotify’s global acquisition of shows including Gimlet media’s catalogue and The Joe Rogan Experience. Chirag has mixed views about this. The considerable investment going to podcasts is helping lift overall standards, but the complicated part relates to exclusivity.

The fact that Joe Rogan’s episodes are only available on Spotify, even the ones made before the deal, makes Rogan completely dependent on one platform. This dominance makes the platform a decision-maker for global content. For creators this can have several implications. For instance, platforms can cut a creator’s content.

Another risk is not being able to profit from advertisements due to the algorithm of the dominant platform. Instead, when there are several platforms, creators have more opportunities to profit across diverse models.

The future of podcasts is still taking shape internationally, and the region is following with many shows and creators producing content. It is only a matter of time before the medium consolidates and we will see which players will dominate, how measurement will be standardised and how brands will integrate yet another tool into their media mix.