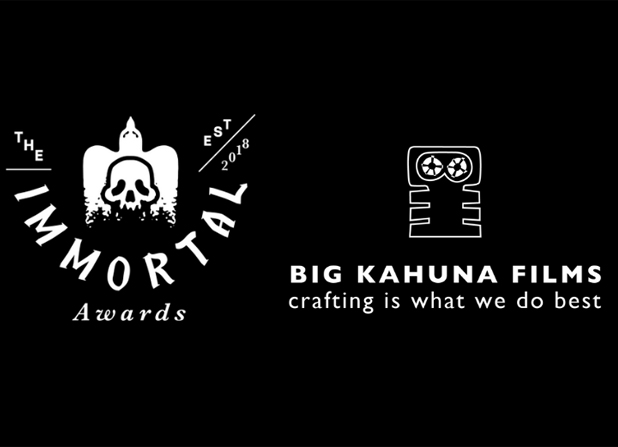 As The Immortal Awards strides into its fifth year, Little Black Book is thrilled to announce production house BIG KAHUNA FILMS as the Middle Eastern sponsor of this year’s competition.

Following their hugely successful introduction last year, The Immortal Awards will once again feature local, country-based juries that feed into regional rounds of judging. Ensuring creativity from across the globe is judged properly and equally, the local rounds give every market and region a platform on the global stage. The Middle Eastern regional competition will be supported by BIG KAHUNA FILMS.

The Immortal Awards has continually worked to increase its scope since launching five years ago, focusing on championing creativity from across the globe. With no entrance fees, the show would not be possible without the support of its partners and a unified drive to showcase creativity. The Immortal Awards’ partnership with BIG KAHUNA FILMS will help Middle Eastern work to truly thrive – making sure the competition remains focused on celebrating the best work from the region on a global stage.

Having successfully taken judging sessions online for the past two years, the Immortal Awards will be returning to in-person judging days, where possible, at the end of the year to determine 2022’s winners.

Eddy Rizk, CEO at BIG KAHUNA FILMS, comments: “We have always aimed to yield the industry in every way possible: to encourage forward-thinking, growth, and evolution; to award campaigns and to honour imaginative ideas and to showcase this globally. With the region growing significantly over the years, we believe creatives and agencies should be able to commemorate their work and ideas that they have tirelessly produced. With transparent rankings, scored by a world-class jury, we have partnered with LBB to sponsor The Immortal Awards, bringing the region’s creative immortality to the world.”

Matt Cooper, CEO of Little Black Book, adds: “The work we have seen from this particular region is just amazing and, quite simply, it is time that many more can see the work and appreciate it. That is what this relationship will achieve, pushing the region to an increasingly global audience, and we are super excited by it.”

Paul Monan, Awards Director, comments: “We’re delighted to be partnering with Eddy and the team at BIG KAHUNA FILMS. The Middle East is rich in creativity and since introducing the regional rounds of judging two years ago, we’ve seen some truly incredible work – including an Immortal winner in 2020 – come from the region. We can’t wait to continue shining a spotlight on the best of the Middle East’s projects and people, and we look forward to judging this year’s regional jury day on the ground and getting everyone together again.”

The Immortal Awards entry system will open at the end of March, with entry into the competition free for all Little Black Book members.