Time for reflection, giving and togetherness this Ramadan. 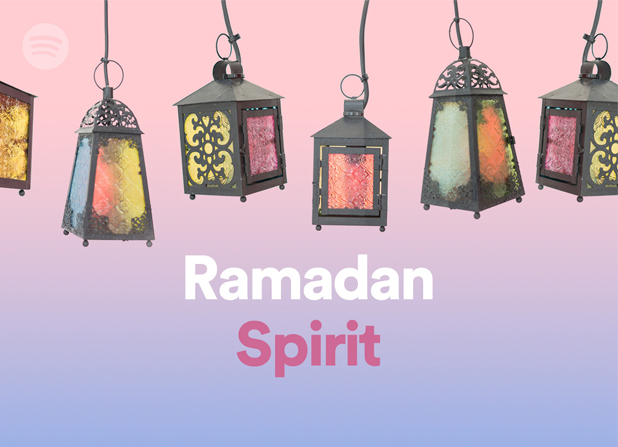 From April 2nd, approximately 1.6 billion Muslims around the world observed Ramadan – a month of spiritual rejuvenation, humility and togetherness, and the holiest month of the Muslim year. Whilst the fundamentals will remain the same for many of those observing Ramadan, each country has its own cultural nuances, as shown by new data from Spotify.

The rise of Nasheeds and Maher Zain

Audio and spirituality are intricately connected to provide inspiration, an outlet for expression or to create the right atmosphere for prayer and contemplation.

Last Ramadan, Spotify saw a 68% increase worldwide in streams in nasheeds (Islamic devotional songs or spiritual hymns) during April than the previous month. This trend is expected to continue this year and based on streams in March 2022, Egypt is streaming nasheeds more than any other Arab country followed by Morocco and Saudi Arabia.

There are also clear listening trends on Spotify that reflect how the Muslim community around the world embraces Ramadan. Lebanese-Swedish R&B singer Maher Zain was one of the most streamed artists with Ramadan-related songs last April. His song Ramadan – English version saw around a 1000% increase in the United Arab Emirates, Egypt, and Jordan during Ramadan last year followed by his song Ya Nabi Salam Alayka which witnessed a 311% increase in the United Arab Emirates alone.

Interestingly, Zain’s songs in different languages also appealed to different Muslim communities such as Assalamu Alayka – Arabic Version in France, UK, USA and Morocco and Neredesin – Turkish – Türkçe in Turkey, Germany and Indonesia. Whilst spiritual British singer, songwriter, and multi-instrumentalist Sami Yusuf’s track You Came to Me – English trended in the US with a 260% increase in the same time frame.

A month defined by tranquillity on Spotify

Muslim communities globally are creating user-generated playlists of their favourite nasheed and spiritual music, with Ramadan related words such as zikir (remembrance), ilahi (divine), hati (heart) and doa (supplication) to share with friends and family to soundtrack the month.

A strong connection between Oud and the spirit of Ramadan

Each year, Spotify refreshes its dedicated Ramadan Destination offering content for every Ramadan moment throughout the day whether it’s nostalgic Ramadan songs, Oud soundscapes, or health and fitness podcasts.

Looking ahead to Ramadan this year, streams for Chill-oud have risen over 200% in March across the likes of Algeria, Jordan, Morocco, Saudi Arabia, UAE and even Germany. Ramadan Spirit, an Amdah and Anashid songs playlist, is also a popular playlist across multiple Arab countries such as Morocco, Algeria, Saudi Arabia, Tunisia and UAE. With families and friends gathering around their TVs to catch their favourite Ramadan series, it was not surprising to see Ramadan Series مسلسلات رمضان gaining momentum in the region and beyond.

Those observing Ramadan are also turning to podcasts for an audio journey of self-reflection during Ramadan. Spotify has curated a list of podcast recommendations for listeners around the Arab world – here is a top 10  list of must listen to podcasts this Ramadan: