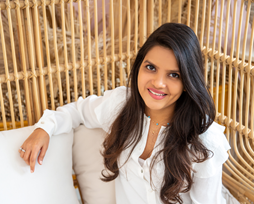 All social media sites started as platforms with certain instinctive features which were unique, and it worked well for a while. But we can’t deny that the consumer base that all these platforms cater to is the same. Hence, the stiff competition.

Keeping an eye on the competitor’s move is a tried and tested business strategy but lately, we have noticed the trend of copycatting among social media giants. Copying features like reels, stories, private messaging, broadcasts, etc., have led to a dull homogeny in social media.

Social media apps seem to have the notion that consumers are increasingly expecting a mega-app that would include all features available with others. In a race to become the most preferred platform, the entire concept of creating a unique user experience is going amiss.

Secondly, the apps seem to fail to consider whether their users want the new features. For instance, Twitter is introducing new features but is yet to add an Edit button for the tweets that have been posted. More often than not these platforms are fighting to stay popular, but the focus on being relevant seems to be fading. While copying features may help attract new users, and help them siphon users from other platforms, social media giants must also focus on the features that their existing users ask for. At the end of the day, the user base isn’t going to expand if current users leave.

Honestly, as users, we are now in a position where this ‘pick and stick’ strategy only becomes overwhelming. How many of us can say that it excited us to see LinkedIn and Skype adopting the Stories format?? The apps need to understand that mindless copy-pasting of features is not generating mass engagement anymore. If all platforms look and feel the same, it will soon create mass disgruntlement.

Now the question is… What is wrong with copying features that work for competitors. And, the answer is nothing.

There is nothing wrong with social media platforms copying the features from competitors, if and if only they have a strategy to tailor, it to their users and make it their own. When Instagram lifted the Stories feature in 2016, they added their own flair to it. The format took off since it already had a vast community of homegrown influencers and stories enabled thousands of creators to create niche content for their fans.

The bottom line is that we are operating in (what we can call) an attention economy, and creators are key. The likeness of all platforms makes it easier to cross-post content from one to the other, however, the social media giants need to do more than just ‘lifting and shifting’ features. They need to explore and work out strategies to address the blind spots around what users want. Let’s not forget that ‘new’ is still what sells the best.