Saudi Report 2021: You had me at hello. What next? By The MediaVantage’s Dan Qayyum

Saudi brands have started to grab attention globally, but consumers are asking for more, writes The MediaVantage’s Dan Qayyum.

By Dan Qayyum, head of global partnerships at The MediaVantage and The SportVantage 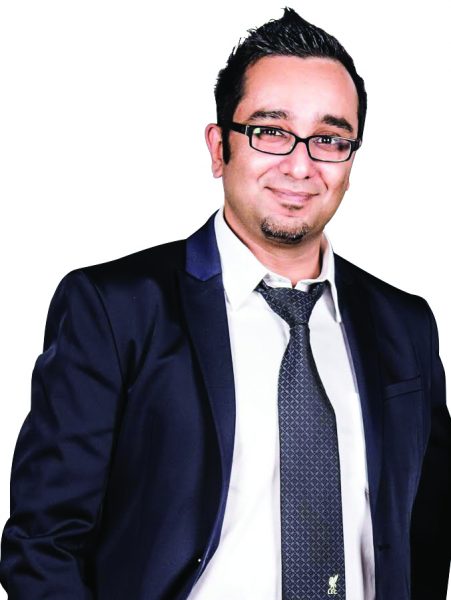 The Kingdom of Saudi Arabia is a nation of 34 million people (that is almost as many people as Canada has). It is three times the size of Texas, with a GDP twice the size of the UAE.

With 93 per cent internet penetration and 75 per cent mobile penetration, it also has the 11th largest stock market in the world, one of the most advanced banking systems, free healthcare, the largest airport in the world, and is home to multiple Unesco World Heritage sites.

As part of a bold Vision 2030 aiming to diversify the economy with a particular focus on driving investment and tourism to Saudi Arabia’s many mega projects and attractions, the challenge faced by the Middle East’s newest and most exciting destination remains one of perception management: perhaps with good reason.

In recent decades, the UAE – and particularly Dubai – has led the charge globally when it comes to shaping a bold new vision of the Middle East. International audiences have grown familiar with Dubai aiming for and successfully achieving or creating the biggest and the best. The tallest building, the biggest mall, the largest man-made coastline, and so on. This often came at an expense to the rest of the region, which is perceived to be far behind and uninspired by Dubai’s progress for far too long.

While that has started to change, so have media consumption norms and best communication practices around the world. Big iconic billboards in New York and London do little to impress or engage the locals, and instead serve more as an ego-marketing exercise. While great for grabbing attention, these need to be backed up with engagement strategies, thought leadership and content marketing. Even on the basic awareness metric, ego-marketing sans strategy falls flat on its face with a lack of communication depth.

Donald Trump once said, “I love the Saudis; they make a billion dollars a day. They’ve got nothing but money.” Flattering, yes, but the time has come to change that narrative.

The focus needs to shift from the brand to the consumer. Rather than announcing how amazing the new destination will look once done and what records it will break (that may have worked in the 80s and 90s, however there is a ‘record fatigue’ within consumers, particularly to do with this region), the focus should be on the problem it solves for the consumer. Conversations should revolve around the experience and what differentiates it from the region or the world.

Content-led communication drives more engagement than massive screens that only serve as a costly way to display a brand’s logo over a visually appealing backdrop. For ‘challenger’ brands, content engagement is more meaningful from the audience’s point of view and provides a measurable impact on ROI for the brand. We have seen this with Sharjah Tourism’s pre-Covid campaigns on Ixigo in India and with Tencent in China – both of which boosted Sharjah’s searches and travel bookings from these markets, with some of the content going viral and driving millions of likes and shares.

Brands that suffer from external challenges such as negative perception need to be smarter about how the advertising dollar is spent. Dubai faced unfair negative coverage earlier this year in sections of the Western press, due to perceived irresponsibility around Covid-19 when social posts of a few ‘influencers’ went viral. Dubai’s response was less ‘in your face’ brand promotion, and instead more communication on its handling of the crisis and the safety and security afforded to travellers visiting the country.

In the latest issue of The Economist, Facebook – which rakes in a significant chunk of the global digital ad spend – published a full-page ad talking about its Covid-19 measures and how it is helping governments around the world fight the pandemic. Facebook realises that the audience of The Economist, Wall Street Journal and Insider Inc. are not only influential but also opinion leaders and policymakers. Effectively communicating to this sector results in perception shifts on a far larger scale than brand promotion campaigns.

Whether it is The Red Sea Company looking to take a thought leadership position on protecting coral reefs, Amaala talking about controlling the environmental impact of its projects, or the Ministry of Investment promoting the kingdom’s many measures to attract foreign direct investment, the conversation should be engaging and directed towards audiences that will help shift the narrative in both the shorter and longer run.

Similarly, travel-starved audiences globally are itching to learn about newer destinations off the beaten track, and the likes of Asir and Al Ula are primed to attract hordes of travellers once restrictions ease up. This can be ensured by informative campaigns and content-led initiatives that drive deeper engagement with potential visitors from key source markets.

The good news is that global consumers are now open to, and even expectant of, Middle Eastern brand messaging.

What has changed is how we, as consumers, fabricate opinion from the brand messaging we now see. We are all aware the huge bombardment of brand messaging we are now subjected to has resulted in a subsequent lowering of our attention spans. Therefore, a constant cross-platform follow-up is important for multi-platform consumers, as this is where the opportunity lies.

With so many questions surrounding KSA, but even more opinion-altering, forward-thinking developments, the dialogue must be continuous – not just ‘look at me’ attention-grabbing executions. Consistency of follow-up wins the game every time.  While form and attention is temporary, class and consistency deliver permanent results.