The pandemic and Vision 2030 have seen the kingdom embrace the new while remaining loyal to the old, writes Rotana Media Services’ president Nezar Nagro. 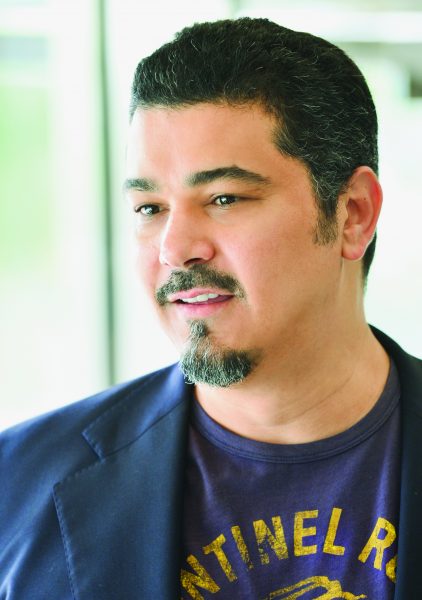 Every day brings new challenges and every day brings change. In the last few years, The Kingdom of Saudi Arabia presented the world and its population with a progressive and challenging vision. The 2030 Vision has redefined what challenge is and what change can look like.

The progress since then has been monumental.

Alongside this great task, we are still faced with the other kinds of day-to-day change.

Change in lifestyle; change in demographics; change in economics and business; and, most importantly, change when it comes to tourism in the kingdom.
We are already seeing a change in the media landscape. It is accelerating, which is driven by the change in consumer purchasing behaviour and dynamics. Our young population is ever more exposed to this change through traditional and new channels. They are at the forefront in the Arabic region when it comes to proliferation and internet adoption, with the highest penetration on certain social media platforms, in internet connection and subscriptions on platforms, e-commerce and the likes.

Consumers have been leading the conversation for a while and the brands and the media are following suit. They demand better technology, more imaginative and inspired content and interactions, and have empowered themselves to not being on the sidelines anymore. Saudi Arabia’s consumer is not standing by but leading the way to the new norms.

Saudi Arabia has embraced this new culture of change and is accelerating it while ensuring that the kingdom’s richness in culture and history is still celebrated. This is perfectly exemplified by the dream of Vision 2030: a vibrant society, built upon by actions such as adding archaeological sites to Unesco’s World Heritage List; an ambitious nation, exemplified by the significant increase in non-oil revenues; and a thriving economy, which has already reached its target for women’s participation in the workforce. Rotana Media Services (RMS) believes in this endeavour and is strongly working with both the private and public sector to transform this shared dream into a reality alongside the transformation of Saudi as a whole.

The pandemic has seen a wide range of major changes to everyone’s lives. These changes have resulted in a massive shift in consumer behaviour as ownership of desktop and laptop computers increased 61 per cent in the first half of 2020. In Saudi, 72 per cent of the population uses social media, for an average of 3 hours per day, and the number of social media users increased by 2.1 million. This data shows that the average Saudi is consistently and exponentially demanding more social content over time. RMS is perfectly situated to meet these consumer demands as we have a high level of engagement across all social platforms, with 35 million Facebook followers and more than 8 billion annual views on YouTube. Also, we joined forces with Deezer, one of the largest music platforms in the world and the largest in the region.

Going even further, we created Rotana Stars, a platform for influencers and influencer marketing. This new marketing tool helps brands reach their audiences in a new way, by having creative content, enhancing interaction between consumer and brand, and helping influencers better tune their approach.

However, this heightened demand for social entertainment has not resulted in a lack of interest in TV. On average, Saudis spend 4 hours and 13 minutes a day watching TV which is another area that RMS is perfectly positioned to engage with, due to its wide range of music, movie, and general entertainment channels. Channels that embrace change by providing the consumers with the high-quality programming that they are increasingly demanding, while channels like Rotana Khalijia still preserve the vibrant culture of Saudi Arabia.

In times of change, adapt or die. We chose to adapt to keep bringing people our classic, memorable jewels while embracing the great transformation around us. We are working at our usual breakneck speeds to welcome the new world and the new user. Be sure to keep an eye out for us. You won’t be able to blink.