The only safe haven from advertising: Mars 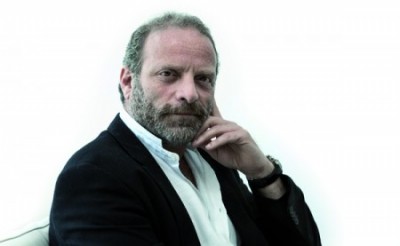 Today advertising needs to rate on either entertainment or usefulness, says the author.

I don’t know about you but I never wanted to be an astronaut. I know I could qualify, mind you. For one thing, I get exposed to so much nauseating rubbish, from news to abject stupidity, that I consider myself to be already immune to zero-gravity sickness. I also quite like the notion of being away from it all whilst being the centre of attention. Nevertheless, the idea of being stuck in a tin can, eating nuclear reactor-processed carrots from toothpaste tubes and having even the slightest of my bowel movements monitored by a whole team of geeks, is not exactly my idea of a good time.

I am therefore mystified by the news that there are some 100 shortlisted (shortlisted!) volunteers for a one-way ticket to Mars. I mean, what are you guys thinking? Is it some kind of monumental “leave me alone” wish or is ET your idea of a dream date? I think we should be told. More to the point, we should ask the whole space trekking alumni what exactly makes them head for the big empty repeatedly, now that their hero factor is lower than that of a lab mouse.

Now I might be wrong but I suspect part of their answer has to do with advertising. In fact, it is probably our fault. For any would-be Captain Kirk, space is not just the final frontier: it is the great escape. Not just escape from society pressures, bad marriages and Kim Kardashian, but escape from our stuff. Escape from the relentless bombardment of messages that are just as precisely geo-located as they are mostly pointless. Escape from inane but personalised calls to action that often turn into an oppressive encroachment on private turfs. Escape from an environment that has become one uninterrupted media space, more polluted than embellished, more faux than meant, more trivial than worthwhile.

And therein lies the rub. Today advertising needs to rate on either entertainment or usefulness, and the difference between our consumers and Major Tom up there is that, unlike them, every single message he gets is a pretty damn useful one.