Y&R Dubai and JWT Cairo struck gold in the south of France, whilst the region as a whole had its best Cannes Lions festival ever, bringing home 31 Lions.

A week on the Promenade de la Croisette and all is well with the world once more. Another record-breaking year, the first gold for Egypt, and a dominating performance by Y&R Dubai has given the region more than enough to smile about.

Thirty-one Lions were won at this year’s Cannes Lions International Festival of Creativity by regional agencies, easily surpassing last year’s record of 21 for the whole Middle East and North Africa. With four gold Lions, Y&R Dubai become the most awarded regional agency in Cannes history, surpassing last year’s tally of three golds for Memac Ogilvy Label. It also became the first agency to win three gold Lions in the same evening – a feat that surprised even the agency itself.

Not to be outdone, Memac Ogilvy Label picked up five silvers and two bronzes, most of which were for Club Sportif de Hammam-Lif’s ‘Mobilising the 12th man’, a piece
of work that proved popular with most juries but failed to convert to gold. As such, this year brought an end to Memac Ogilvy Label’s gold streak, which had begun in 2011 with  ‘June 16th 2014’. Its sister agency in Dubai picked up a silver and bronze in radio, as did DDB Dubai, while Leo Burnett Dubai, JWT Dubai, Impact BBDO and Blue Apple Dubai all won bronzes.

However, it was very much Y&R’s week in the sun. The agency won 14 Lions, with three of its golds coming courtesy of Harvey Nichols’ ‘Pelicans’ campaign, while the fourth was awarded for Land Rover’s ‘Eating out’.

Nadine Ghossoub, managing director of Y&R Dubai, said: “I’m extremely proud of our achievements at Cannes this year. Fourteen Lions, four of which are gold, is no small feat, but more importantly, to be able to represent the region yet again is especially rewarding. Winning at Cannes for me year-on-year is a true testament that our region can compete on a global level and that we do have the talent, the determination and the will to succeed.

“Whilst we saw amazing work being rewarded this year at Cannes from agencies all over the world, as is the case each year, our region did not fall short. I would like to take this opportunity to congratulate all the winning work from other agencies in our region. Year on year, the work gets better and better and I do have faith that one day an agency from the Middle East will
win ‘Agency of the Year’ at Cannes. We’ve got a lot of exciting work in the pipeline and Cannes 2014 is just around the corner. Time to get busy.”

Also making history was JWT, which not only celebrated its first ever regional gold, but also the first ever gold for Egypt. The agency’s ‘Fakka’ campaign for Vodafone had already gained recognition with a grand prix at the Dubai Lynx in March and a gold at the New York Festivals, but went a step further by picking up a gold and silver in outdoor and promo & activation respectively.

“We’ve been to the Cannes Lions International Festival of Creativity a few times, yet it’s the first time we haven’t come back empty handed,” said JWT Cairo planning directors Shady Abdullatif and Hatem Elkashef. “It’s a great achievement, yet it comes with a commitment to do it again. Now it is our responsibility to stay on the Cannes map. We [the Middle East] have what it takes – perhaps we had to prove it to ourselves before anyone else. The festival is a great opportunity for such realisations, and seeing how challenging the work that was submitted was, it’s a great honour to find our place amongst giant ideas.”

The duo added: “The region has been under a lot of stress over the past couple of years. The Middle East is shedding its old skin and morphing into something new and the challenges in the region outsize the challenges at Cannes. This helped us raise our bar and come up with solutions that give more value to struggling economies.”

This year entries from the UAE had been down slightly (477 compared with 2012’s 485), although entries from Egypt were up considerably (102 compared with last year’s 64). Overall, 35,765 pieces of work from 92 countries were submitted, with the festival marking its 60th anniversary with a line-up of speakers that included actor Jack Black, Droga5’s David Droga, The Huffington Post’s founder Arianna Huffington, and photographer Annie Leibovitz.

“The festival is growing, leading the whole communications industry to new heights,” said Abdullatif and Elkashef. “Innovation is now officially a standalone category, and David Droga said it will grow to be the most important award at Cannes. We reckon he is right. That’s where everything is going – consumers of any brand want the next new thing, and so do consumers in the region.

“People have become so exposed to new ideas and experiences, their expectations have grown and the communication bar has been raised. Yet a lot of traditional mindsets are still pulling the industry back, so we have to keep pushing forward. Good ideas are universal and time will prove that we are able to export them to the world.”

Mark Hamilton, regional client managing director at Starcom MediaVest Group MENA, added: “For me, this year’s three key moments of inspiration were: listening to the world of fashion’s Vivienne Westwood, whose ‘Stories are more than a narrative’ was as intriguing and inventive as the woman herself; laughing at Jack Black’s entertaining take on ‘The new world of online content’; and watching Jonathan Mildenhall and Ivan Pollard showcase ‘Work that Matters’ from Coca-Cola – Cannes’ creative marketer of the year – because that work really did matter.

“The campaigns that had everybody talking were:  ‘Beauty Sketches’ by Dove, ‘Small World Machines’ by Coca-Cola, ‘Dumb ways to Die’ by Metro Trains, ‘Why wait until it’s too late’ by Funeral Insurance and ‘Follow2 Unfollow’ by the Puerto Rico government. What unites these brilliant campaigns is their decision to put people and their experiences at the heart of their message – telling powerful human stories that matter to people and touch their hearts, leaving a lasting impression.” 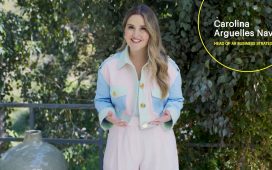 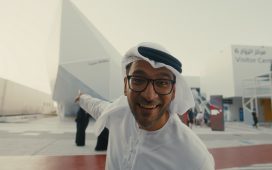 Joy Films joins the making of a new world for Expo2020 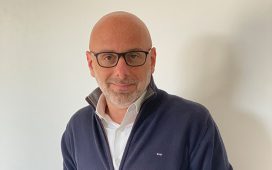 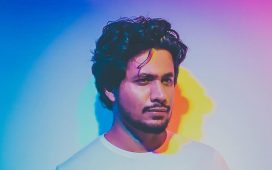 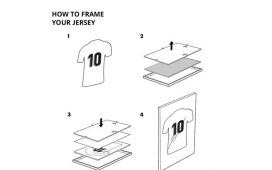 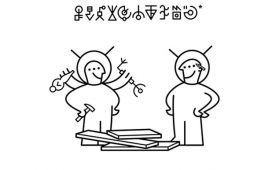 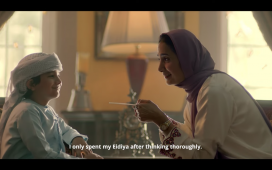