In a world of fragmenting media and falling budgets, Ramadan Television is a space where quality content and serious spend still reign supreme - Partner content. 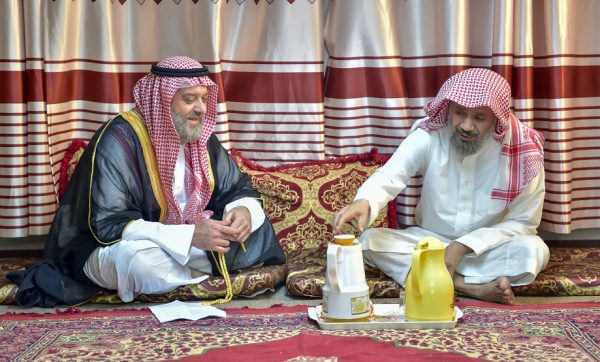 Ramadan has traditionally been the busiest time of the year for television viewing and advertising. Traditionally, that is, before the advent of digital and social media. Technology changes everything, and it would be no surprise to hear that the ascendance of Facebook and Google, along with streaming services such as Netflix and Amazon Prime have blown holes in the fortress of Ramadan television. But that is not the case. Ramadan TV is still alive and well. “Ramadan is a month during which traditions prevail,” says Raffoul Mattar, UAE managing director at media agency Initiative. “Families still gather around the TV set to binge on the amazing content produced just for the Holy Month. And despite the fact that they can stream it on demand, or watch on other devices, TV ratings have only seen a minor drop this year.”

Mattar’s conclusion: “This means TV during Ramadan still matters.” Malek Morjan, director of Omnicom’s multi-agency unit Nissan United, says that television viewership increases by about 60 per cent during Ramadan, which means clients will double their media investments to stand out from the clutter. “Monitored spends are two-to-one in Ramadan compared with any other month,” he says. 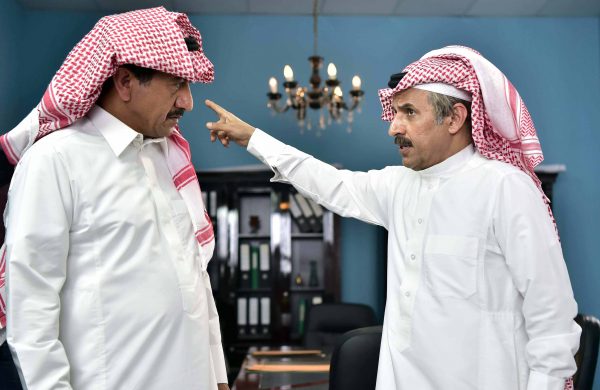 Ramadan television advertising does not come cheap, though, he adds. “The entry point to TV during Ramadan is relatively steeper, so brands consolidate their annual investments to dominate a larger share of voice during a very cluttered period on Ramadan,” he explains. “The cost of entry is high, as well as the clutter, which does not allow many brands to advertise during Ramadan.”
This means fewer advertisers are on television. But those that are present have big budgets. “The existing brands tend to spend way more than in any other month to be able to gain optimal share of voice,” says Marjan.

Initiative’s Mattar concurs. “You need deep pockets to stand out in Ramadan, and the usual suspects are always present with amazing content,” he says. “But some brands have understood that to stand out in Ramadan is not just about deep pockets; it’s about owning a space within the Holy Month.” He gives the example of the concentrated fruit juice Vimto, calling it “a great example of a brand that is truly associated with the occasion”. 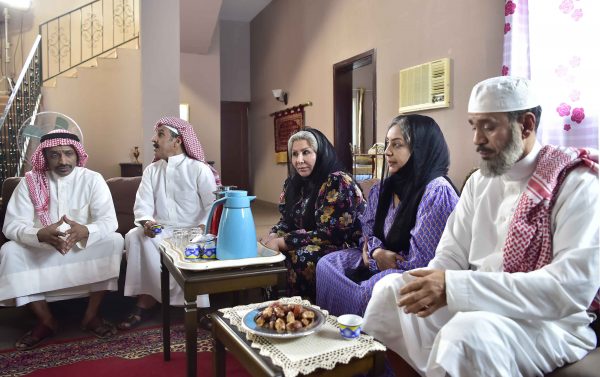 Other food brands also wait for the season to create a connection with their audiences, and telecoms companies often use Ramadan to reinforce the emotional side of their brands, playing on the obvious ties between family and communications. “It’s about using the season to amplify your brand narrative, be genuine and create a connection,” says Mattar. He says that TV spending rises by about 12 per cent (gross monitored spending) because of higher rates from media owners and the longer duration of television commercials. TV advertising in Ramadan is “very healthy”, he says. “That means great storytelling. That means the correct placement and amplification of content.”

Advertising at other times of the year might be about interruption, disruption and fighting for attention, but of Ramadan Mattar says: “This is the season when the audience is waiting for good ads, anticipating them and wanting to talk about them, so this is the time to be generous with the production budgets and generous with the media investment, because this is the time when we know for sure that TV pays off.”

The biggest TV player in the Middle East is MBC Group. It boasts 78 per cent reach, with 54 per cent of audience share in the crucial market of Saudi Arabia. Monitoring service Ipsos shows that three of its channels alone make up the lion’s share of this. MBC1 had 29.8 per cent share of audience in Saudi Arabia in the first 21 days of Ramadan this year; MBC Drama had 10.1 per cent; and MBC4 had 6.8 per cent. The only other channels in the top five were Rotana Khaleejiah with 7.7 per cent and state-owned Saudi TV 1 with 6.9 per cent. During prime time, MBC 1’s reach can exceed 60 per cent in the kingdom.

Mazen Hayek, MBC Group’s official spokesman and group director of PR, CSR and the MBC Foundation, says that while others in the media and entertainment industry may be reciting the mantra that ‘flat is the new growth’, MBC managed to buck the commercial trend. It exceeded expectations by achieving single-digit growth in Ramadan 2019 compared with the same period in 2018. By contrast, Publicis media agency Zenith predicts an overall decline in media spend between 2018 and 2019 of 4.8 per cent in the MENA region, so MBC’s success shows Ramadan television is still going strong “Having said that, the advertising market is currently going through a phase of transformation,” says Hayek. “MBC remains committed to investing in and offering the best available premium content that’s acclaimed and watched by millions of Arabs across MENA, during Ramadan and beyond.” He describes MBC as “bullish and optimistic about the future”.

In an era of infinite choice, content is king. That optimism can only come from having high-quality content during Ramadan and througout the rest of the year and – especially in the case of MBC – lots of it. As well as the traditional comedy, religious and historical shows, there are also edgier programmes entering the schedule. MBC offered several Egyptian and other dramas this year. Its biggest productions include the Gulf drama Al Asouf. This is the first time there has been a dramatisation of the 1979 siege of Mecca. There were also Egyptian dramas Zizal and Zai Al Shams, comedy Hyperloop, prank show Ramez Shalal, and Arabic equivalents of Narcos and Orange is the New Black. 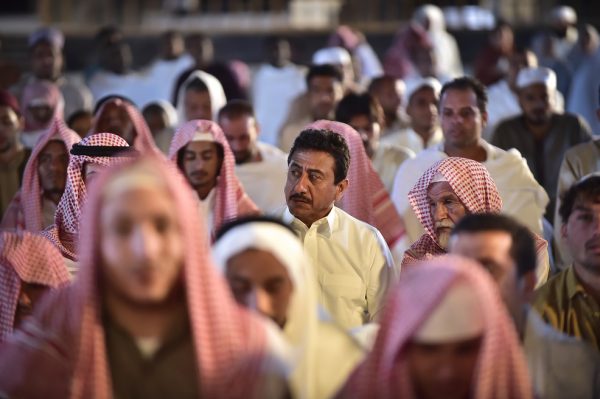 The essence of television during Ramadan is much the same as it has always been, says Mattar. “It’s good storytelling, good drama, good food shows. But the production values are much better, and of global standards. The acting is superb and the stories captivating and thrilling. Moreoever, the mix of cast is also a big factor as it’s combining different cultures, which leads to higher audience.” He adds: “Shows that are becoming part of pop culture and part of every discussion have taken on a much bigger dimension than ever before. It is imperative this level of production continues and is built upon.”

Advertisers can build on this by coordinating their television spend with campaigns on complementary media. “Brands invest significantly to shift the needle from a single-channel approach to an integrated roll-out with an emphasis on digital, including but not limited to video distribution on digital platforms, social media engagement and performance-driving channels,” says Morjan. “Outdoor investments also help drive local exposure to cater for local markets.”

Broadcasters too offer advertisers ways to amplify their spend. “It is no secret that sponsorships are very common and sought-after during Ramadan,” explains Morjan. “What advertising networks do is leverage these TV sponsorships and offer additional exposure on their online and video platforms to complete the circle.” 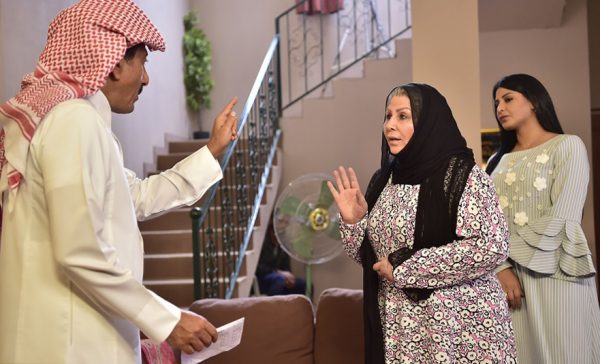 Mattar agrees that broadcasters are finding ways to enhance brands’ seasonal messaging. He says: “Networks have understood that viewers will seek out great content wherever it may be. But they made it easier for viewers to get access to it. The streaming platform Shahid, which is part of the MBC network, is a great example of adapting to market requirements and consumer needs. It allows the viewer to choose where and when to consume content, and advertisers are still able to reach that audience.”

MBC’s Hayek says this is part of the group’s strategy. “We see complementarity between commercial revenues on MBC’s TV channels and those on its digital and social platforms – namely Shahid,” he says. “We have tens of shows available on linear TV and these are being converted and readapted into more than 3,000 pieces of short-form content available across MBC’s digital and social assets, thus amplifying our TV offerings and aiming to monetise them. In addition, Shahid will carry its own Shahid Originals and exclusive content.”

Hayek says the Group’s video-on-demand (VOD) platform has witnessed a surge in viewers and subscribers in recent months. This is in line with MBC’s growth strategy; within five years it expects Shahid to be the undisputable premium VOD leader in the MENA region. In Ramadan 2019, Shahid had 27 million unique monthly users, an increase in audience of more than 23 per cent compared with the same period last year. The content on Shahid’s platforms accumulated more than 248 million views, an increase of 46 per cent over last year. The number of Shahid Plus paid subscribers has also risen by 62 per cent. 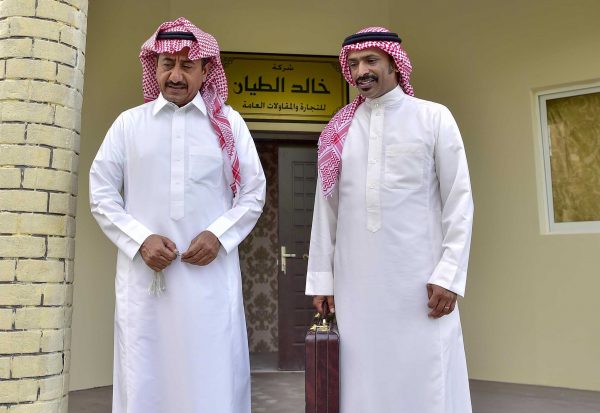 Ramadan has traditionally been television’s strongest season, and that is still the case today. But that tradition is evolving. The production values and creativity of both shows and advertising are rising to meet the expectations of discerning but still receptive consumers. Both advertisers and media are working across channels to make sure that they embrace technology and leverage complementary media to enhance their investments. Brands get extended reach, broadcasters see increased revenue and consumers get great content and advertising to match. In the Ramadan TV space, everyone is a winner.